VIDEO: Bot A Breakthrough: Tiny Nanobots Could Wipe Out Cancer Cells Without Surgery

Bots smaller than a human red blood cell can seek out and destroy tumors, say researchers. 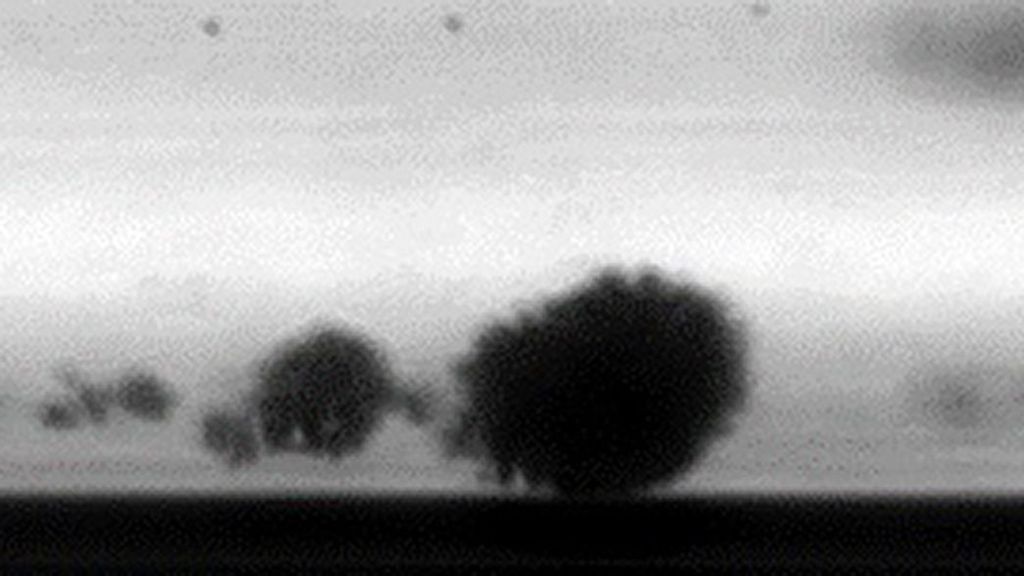 Nanobots smaller than a red blood cell could soon be navigating through the human bloodstream toward cancerous tumors to deposit life-saving medicine more safely and efficiently than such traditional methods as chemotherapy.

The nanobots are being developed at Acoustic Robotic Systems Lab at the ETH Zurich public research university in Switzerland, where professor Daniel Ahmed is leading a team that is developing the potentially revolutionary technology.

“The objective of the research is to develop nanorobotics that can be maneuvered through a patient’s bloodstream using ultrasounds,” said Ahmed. “This will allow us to target specific diseases such as tumors and blood clots by using the nanobots to deliver medicine directly to the target site.”

So far the nanorobots have been tested successfully on zebrafish. Next, Ahmed and his team plan to move on to testing on mice, since they have a mature blood-brain barrier, which the small freshwater fish do not.

The issue with traditional medicines for treating cancer, Ahmed said, is that once injected or swallowed, its direction is determined by the flow of the bloodstream.

He described such medicines as “passive particles,” as they are essentially at the mercy of the bloodstream once inside the body.

The first line of defense against cancer remains chemotherapy, which has the unfortunate side effect of damaging areas of the body. What Ahmed’s team is developing has the potential to move more specifically and therefore target cancerous cells.

The nanobots developed by the researchers is encased in a polymer shell that can be moved using ultrasounds.

One of the developers’ biggest challenges was getting the nano-swimmers to move against the flow of the bloodstream in the needed direction. To overcome this obstacle, Ahmed took inspiration from the way sperm travels, by sticking to the vagina’s stationary walls, which they then use to guide their forward movement.

These nanodevices group together in the bloodstream forming “microswarms” of tiny swimmers.As seen in the video released by researchers, these groups of swimmers can then be pushed against the blood vessels’ wall using ultrasound.

“Clusters of the nano-swimmers are pushed towards the blood vessel walls where resistance is lower,” Ahmed said. “The flow of blood in the vessels is not affected as the ultrasound force exerted to push the swimmers is very low.”

One of the main goals of the research is to treat an extremely aggressive form of brain cancer known as glioblastoma. Only 6 percent of patients with this type of cancer currently survive more than five years after diagnosis. Traditional drugs struggle to reach these tumors, which destroy blood vessels in their proximity.

Out of all the methods for controlling nano-swimmers, including magnets, chemicals and light, Ahmed believes ultrasound is the best option since “ultrasound waves can penetrate deep into the body and have been shown to be safe.”

“In addition, ultrasound technology is relatively inexpensive and can be found in most hospitals and clinics.”

For those reasons, he believes that this cutting-edge medical technology will be available in rich and poor countries alike.

Ahmed said the nanobots have one other major advantage over traditional treatments: The polymer shell that carries them breaks down in the bloodstream without causing any harm to the patient. Therefore, removing the bots after treatment is not a concern.

While the research still faces many obstacles, Ahmed is confident that this technology will be used to treat many types of life-threatening diseases in the not-too-distant future.