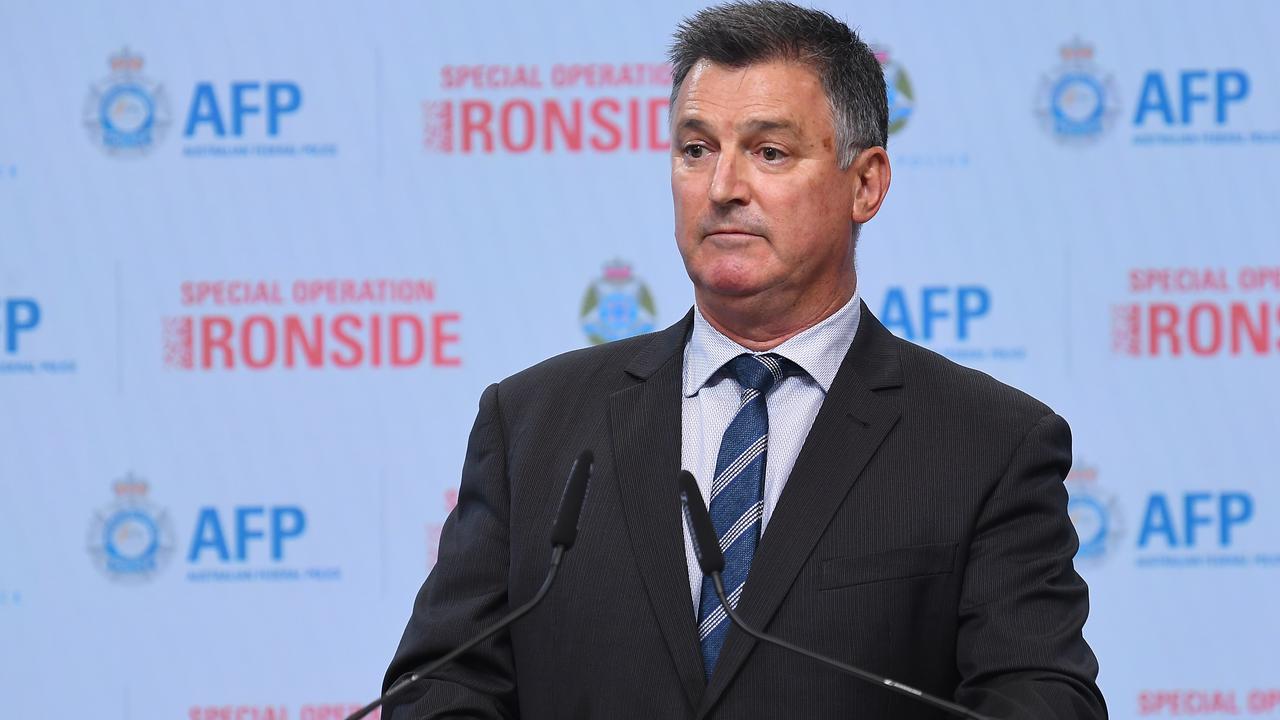 MELBOURNE, Australia — Police in Australia’s south-eastern state of Victoria hopes to solve four bike-related murders on the back of intelligence from a significant international organized crime sting.

More than 220 members of Australia’s underworld have been arrested for the three-year collaboration between the Australian Federal Police (AFP) and America’s Federal Bureau of Investigation.

Murder plots, weapon purchases, and drug trafficking were discussed by alleged criminal figures on an encrypted online app set up by police.

He believed four murders would be solved “sooner rather than later” on the back of the operation.

“There are at least four homicides we believe the Comancheros Motorcycle Gang are responsible for,” he said on June 8.

“I’m assuring the community of Victoria, these people will start tumbling like dominoes when they know we have evidence … to charge these people with homicides.”

Police say the Comancheros are responsible for executing two innocent young men, Muhamed Yucel and Zabi Ezedyar, by mistake in May 2017.

The gang is also linked to the shooting death earlier this year of father-of-five Ikenasio Tuivasa, standing outside a pool hall in Ravenhall.

Information from Operation Ironside could also help solve a fourth homicide that police are refusing to detail because of an “extremely active” investigation.

Thirty-two people were arrested across metropolitan Melbourne and rural Victoria on June 8, with police seizing illegal drugs, guns, ammunition, cars, and gold bullion likely to be the proceeds of crime.

One of the 21 murder plots was stopped by police only hours before it was slated to happen, Hill said.

“Predominantly, if not all, were about disputes for turf. It was the targeted attacks that we often see by OMCG entities, removing competition,” he said.

“But we know they get it wrong. They are not the most intelligent individuals in terms of their execution. It has failed them time and time again. That’s what makes it so dangerous.”

Hill said it would take specialist investigators years to go through all of the data gathered from the app, known as ANOM.

Victoria Police shared a video of the operation on its Twitter handle, “A snapshot of Victoria Police’s involvement in Op Ironside. This global operation has resulted in over 100 organized crime members being charged for using encrypted communications to plot killings, organize mass drug trafficking and gun distribution.” The police wrote in the tweet.