Pastor Persists In Efforts To Get Reparations For Tulsa Massacre Victims 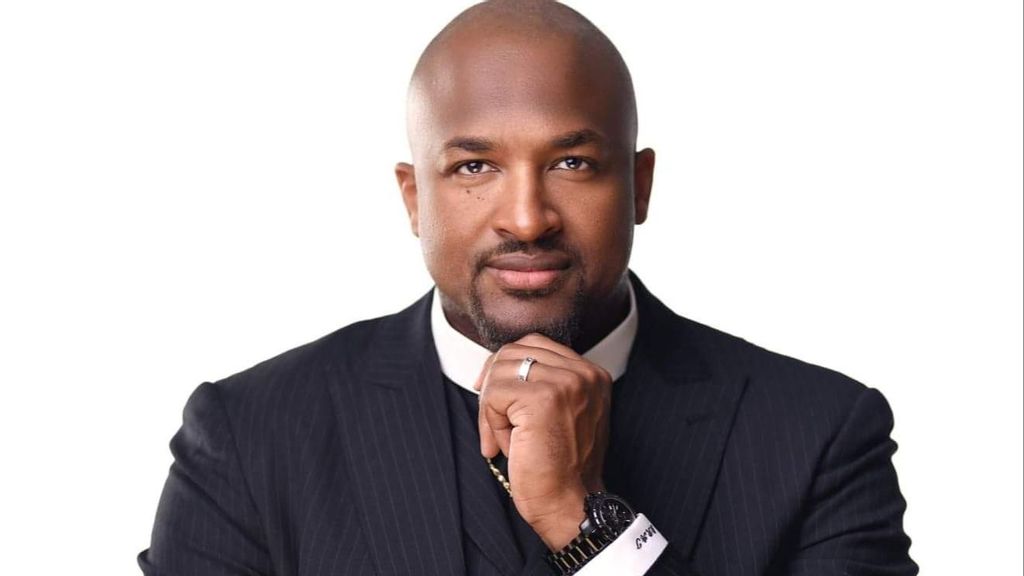 Over the course of a day-and-a half in late May and early June 1921, a white mob, angered by the alleged assault of a white woman by a black man, burned and looted the predominantly black Greenwood neighborhood of Tulsa, Oklahoma.

The damage covered 35 city blocks, destroying nearly 200 businesses, displacing about 10,000 residents. Hundreds were killed in the Tulsa race massacre, deemed one of the deadliest riots in U.S. history.

In the aftermath, Vernon African Methodist Episcopal Church was the only black-owned structure still standing in the historic Black Wall Street district. Today, the church at 311 N. Greenwood Ave. stands as a symbol of black resiliency and fights for compensation for the victims of the massacre.

“It’s really humbling to pastor a church that was here before the massacre and has been part of the rebuilding of the community,” said the Rev. Robert Turner, Vernon A.M.E.’s pastor since 2017. “We’ve been called the ‘grandmother of Greenwood’ as the oldest, continuous landowner in the city, black or white. We provide a place for spiritual health and racial healing while representing what remains of Black Wall Street. [Reparations] is really something our people deserve; for justice, reclamation and recompense. Vernon is the change agent against the injustice [of the massacre].”

While three survivors of the massacre — Viola Fletcher, Lessie Benningfield Randle and Hughes Van Ellis — recently received $10,000 each from a Tulsa nonprofit, Turner continues his weekly marches to Tulsa’s City Hall, seeking reparations from a political structure he holds responsible.

“[The gift] gives us more momentum. But, it’s not the first or the biggest,” he said. “We will continue to go after the City of Tulsa, which, over the years, has been complicit at best, a co-conspirator at worst.”

Dick Rowland was a 19-year-old shoe shiner at a white-owned establishment in downtown Tulsa in 1921. Jim Crow laws forced him to use the “colored” bathroom, which was on the top floor of the nearby Drexel Building. Details vary about what happened next on May 30, but it is well-established that after Rowland entered an elevator in the building, the 17-year-old white elevator operator, Sarah Page, screamed, and a white clerk reported the incident as an attempted assault.

Rowland fled but was arrested the next day. A headline on the front page of the Tulsa Tribune on May 31 that read “Nab Negro for Attacking Girl in Elevator” provoked a white mob that descended on the courthouse jail where Rowland was being held. The sheriff refused their demands to hand over Rowland and ordered a barricade on the top floor to protect Rowland. After a group of black men showed up outside the courthouse, fighting broke out, shots were fired, and 10 white people and two black people were killed.

Hours later, the Greenwood neighborhood was under siege. Damage was estimated at nearly $2 million ($27 million in today’s dollars), but claims were denied by insurance companies.

The case for reparations

“Following the massacre, government and city officials, as well as prominent business leaders, not only failed to invest and rebuild the once thriving Greenwood community, but actively blocked efforts to do so,” states a 2020 report by Human Rights Watch on the case for reparations.

“No one has ever been held responsible for these crimes, the impacts of which black Tulsans still feel today. Efforts to secure justice in the courts have failed due to the statute of limitations.

The City of Tulsa is addressing the effects of the massacre with a number of public-private initiatives.

“Under Mayor [G.T.] Bynum’s leadership, addressing the legacy of the massacre and making unprecedented investments in community-led redevelopment has been at the forefront of his administration’s goals,” said spokesperson Michelle Brooks. “As it relates to cash payments, Mayor Bynum has stated that he does not believe this generation of Tulsans should be financially penalized for what criminals did 100 years ago, as the only option to bring monetary payments is to tax all Tulsans, including black Tulsans.”

Among the more than 20 economic and community development initiatives announced by Bynum is the construction of Greenwood Rising, a $30 million history center and museum to honor the legacy of Black Wall Street before and after the massacre.

“It’s a great idea to increase the knowledge capital [of what occurred in 1921], and it will bring a great deal into the economy, but the benefit will not be for us, it’ll go into the larger community because we don’t own the land,” said the Rev. Anthony L. Scott, pastor of First Baptist Church of North Tulsa, one of the two other black churches in Greenwood. “The museum will generate revenue off of the pain of black people. A percentage of that revenue should be earmarked to benefit those who experienced the pain.”

Scott said he favors a two-pronged approach to reparations: “Survivors and their descendants are deserving of individual monetary reparations because of the massacre that took place. That will compensate those families as far as legacy wealth and helping their families. But, I’d also like to see redevelopment reparations on a grander scale to compensate for a self-sustaining black economic engine that would have benefited everyone had it not been destroyed [in 1921].”

On the 100th anniversary of the massacre this year, President Joseph R. Biden Jr. issued a proclamation for a Day of Remembrance. During his visit to Tulsa on June 1, he announced new steps to grow minority businesses and target racial discrimination in the housing market.

“Having the president here in Tulsa was great. He was the first president in 10 years to recognize what happened here as a massacre,” said Turner. “But he said nothing about reparations.”

Media reports described Biden as “wary” of backing reparations for black people in Tulsa, and his lack of support for a House bill that would create a commission to study reparations. H.R. 40 was passed by the House Judiciary Committee in April, but opposition by Senate Republicans makes adoption as law unlikely.

“To the naked eye, [reparations] may not be possible,” said Turner. “But, to the spiritual eye, anything is possible. I stay in my faith space and take my orders from God. In the words of Margaret Mead: ‘Never doubt that a small group of thoughtful, committed citizens can change the world; indeed, it’s the only thing that ever has.’”