Morrison Uses Bust To Push For Police Laws In Australia 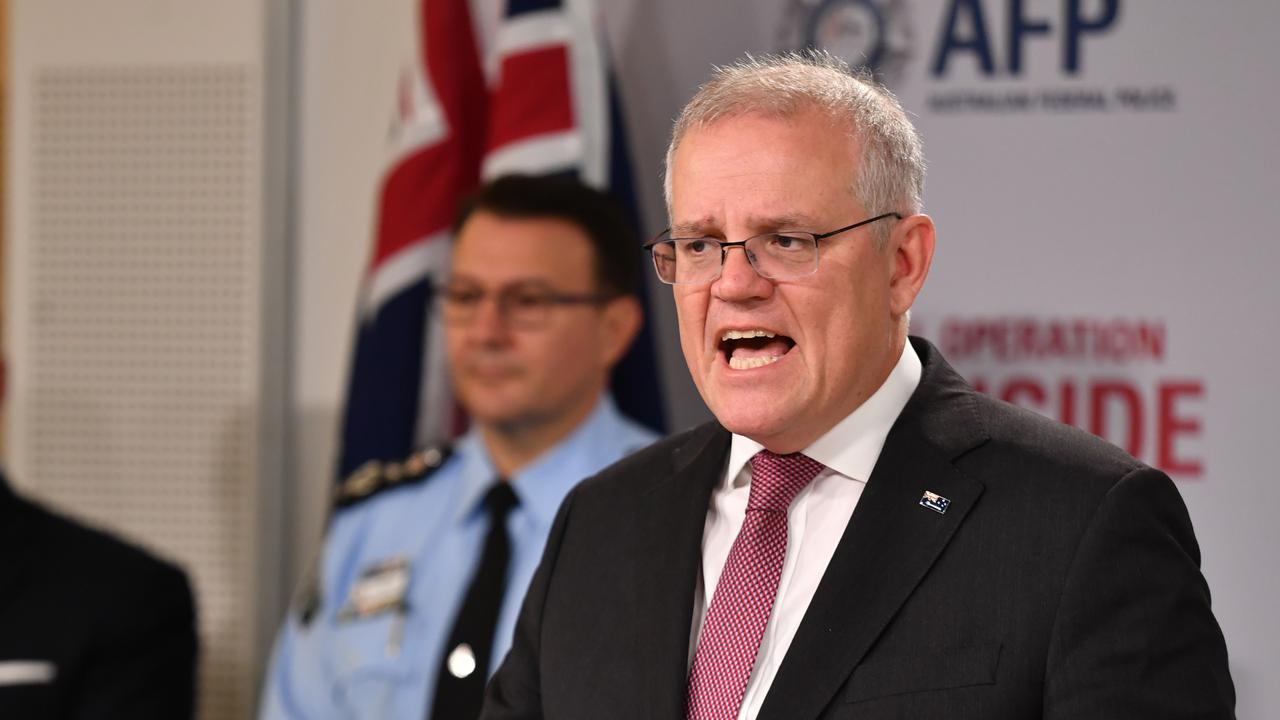 More than 20 murder plots were foiled, mass drug importations stopped and more than 100 people charged in the audacious sting.

The prime minister stood alongside Australian Federal Police Commissioner Reece Kershaw and the Federal Bureau of Investigation’s legal attache from the United States embassy Anthony Russo as he called for Labor Party to support three bills.

One would stop workers with links to organized crime or with a history of offending from gaining aviation and maritime security cards.

Labor Party has criticized the bill for leaving a hole in Australia’s border security regime because it fails to apply to foreign crew on ships.

Opposition home affairs spokeswoman Kristina Keneally has warned the legislation forces authorities to predict whether someone would commit a future crime.

Morrison said the government attempted to pass the legislation through three consecutive parliaments.

“This is critical to ensure that criminals don’t get on to our wharves, that they can’t access security credentials,” he said in Sydney on June 8.

“I don’t know why they’re being protected. I can’t give you an answer to that. We want to shut it down.”

The second Morrison government bill would allow national agencies to intercept communications in foreign countries which Australia has agreements.

Morrison said the bill lacked support from across the political divide despite parliament’s bipartisan security and intelligence committee recommending it be passed with amendments.

An inquiry into the bill called for safeguards around international data sharing agreements to prevent information from being used to punish people with the death penalty or targeting Australian citizens.

A third proposal to give law enforcement agencies more powers to combat serious crimes using the dark web is before the joint security and intelligence committee.

Morrison also claimed the bill did not have bipartisan support.

Australian Federal Police Commissioner Reece Kershaw said law enforcement needed to be a step ahead of encrypted communications and the dark web.

“That’s a criminal marketplace that we can’t actually penetrate without that legislation.”

Conducted under Operation Ironside, the underworld mafias were duped into communicating with each other through an encrypted messaging app called AN0M.