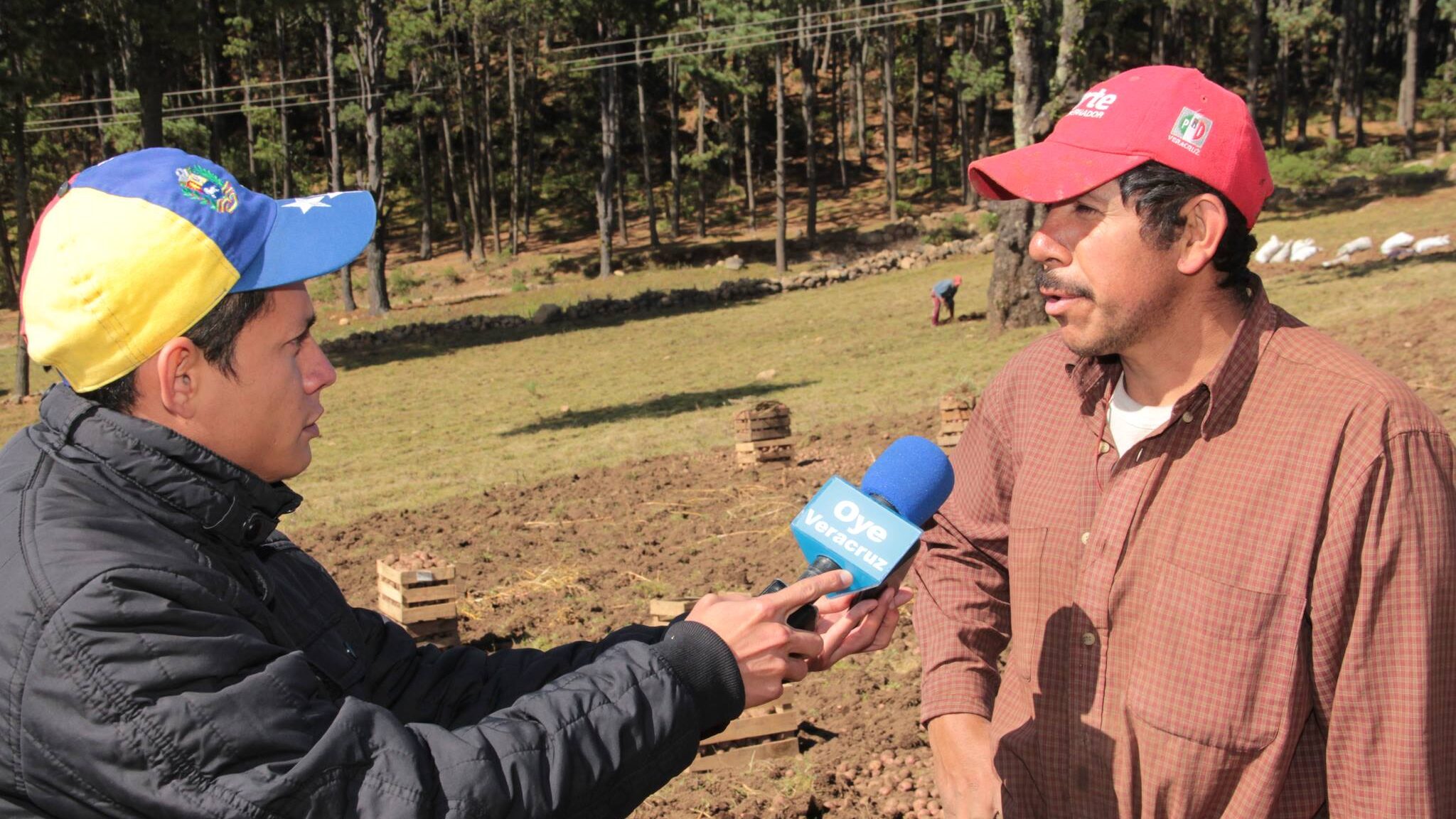 Journalist Apolinar Velazco Quintero talks about the dangers that he and his colleagues face in Latin America. (Christian Valera Rebolledo/Café Words)

Journalism is a job that has the power to influence and inform the masses. But it also carries certain risks and responsibilities.

In Mexico and the rest of Latin America, the work means reporting on sensitive topics or asking tough questions — something that creates enemies for journalists. In some parts of the world, journalists can do their jobs in relative safety. In Latin America, there are many journalists silenced or assassinated while carrying out their work.

“From my point of view, a journalist has three sources of danger. The first one, which subject they cover. The second one, the region where they are covering that subject. The third, the news organization for which they are work,” said Apolinar Velazco Quintero, a journalist who graduated from the Universidad Los Andes in Venezuela.

The Reporters Without Borders (Reporters sans frontières, RSF) 2020 edition of the World Press Freedom Index showed that, in Latin America, there is an excessive deterioration regarding press freedom, with the worst offenders being Ecuador, Bolivia, Venezuela, Mexico, Cuba and Argentina.

It also showed cyberbullying against journalists is on the rise.

“The news organization matters, as some are immersed in identity politics and, therefore, requires their journalists to adhere to a political ideology or talking points. The region also matters. In countries such as Mexico and Venezuela, there are cities with a high amount of insecurity,” said Velazco Quintero.

Press journalists’ casualties in Mexico are alarming. RSF describes it as “the most dangerous country for journalism, only behind Afghanistan and Syria.” However, Mexico, unlike Syria and Afghanistan, is not undergoing civil unrest and war.

Other nations with similar conditions are Guatemala, Honduras and Colombia, where the violence against journalists ranges from verbal and physical harassment to even death.

In Venezuela, the authoritarian regime of Nicolás Maduro collides with the free press. Journalists and news stations have suffered from extreme censorship since 2013. Maduro has expelled foreign journalists, as well.

There is similar repression in Nicaragua, where arrests — and even exiles — have become commonplace. In addition, the government’s official bulletins have a shortage of information to divulge.

On the other side of the spectrum, journalists in countries such as Costa Rica and Uruguay enjoy a certain level of stability, though there is a lack of job opportunities.

“In general, journalists in Latin America have had to learn how to take care of themselves and avoid putting their lives at risk. They never know if the topic they are researching could put them at risk,” said Velazco Quintero.

Sadly, journalists in Latin America do not feel they receive support from their respective governments, even though they are key to keeping the public informed of local and global news.