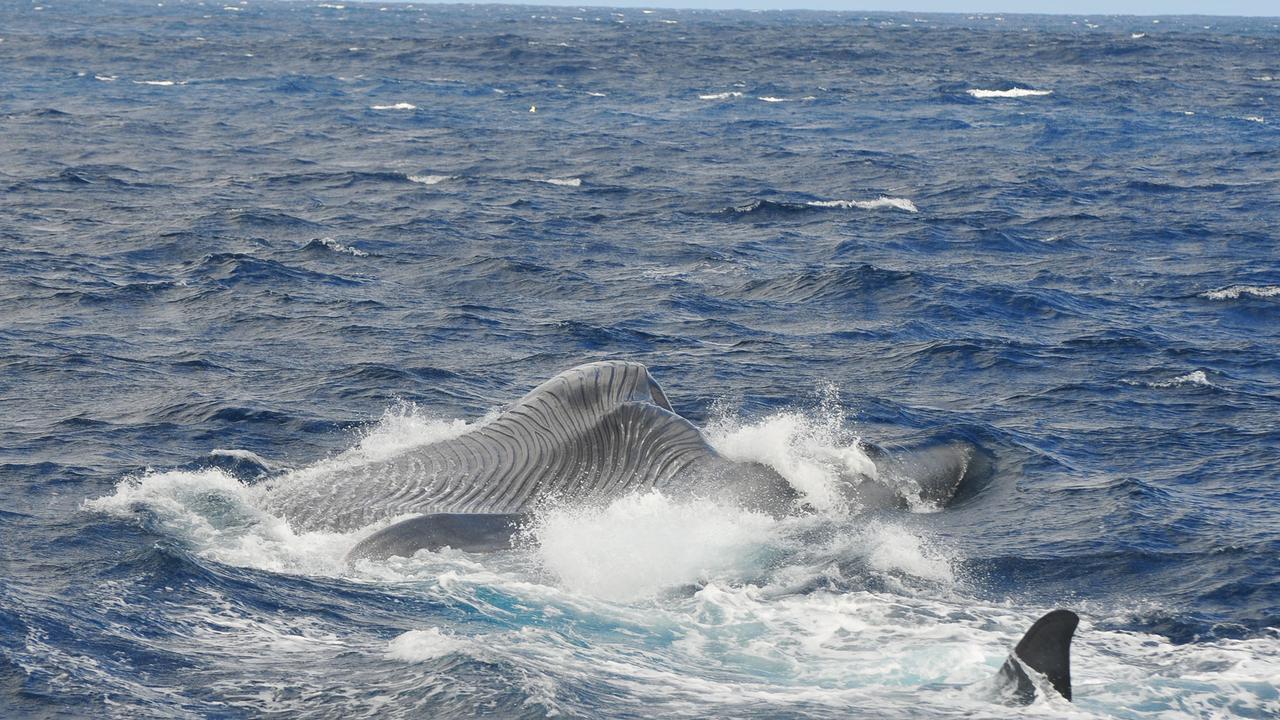 SYDNEY — They may be the biggest creatures on the planet, but rare blue whales are notoriously difficult to find.

But scientists from the University of New South Wales believe they have located a massive, previously undiscovered group of the ocean giants thanks to bomb detectors.

It was the whales’ powerful singing — recorded by underwater microphones designed to pick up nuclear tests — that gave them away.

The discovery was made possible using data from the Comprehensive Nuclear-Test-Ban Treaty Organization (CTBTO), an organization that monitors international nuclear bomb testing.

The Comprehensive Nuclear-Test-Ban Treaty Organization has been using advanced underwater microphones (called ‘hydrophones’) since 2002 to detect sound waves from potential nuclear bomb tests. The recordings — which pick up many other detailed ocean sounds — are available to scientists to use for their marine science research.

The University of New South Wales-led team was studying the data when they found an unusually strong signal: a whale song that had previously been identified in the recordings but that scientists still knew little about.

After closely studying its composition (details like the song’s structure, frequency, and tempo), they realized that it belonged to a group of pygmy blue whales — but not any of the ones previously recorded in the area.

“They change their songs all the time.

“Blue whales, on the other hand, are more traditional. They sing very structured, simple songs.”

The researchers suspect the population of pygmy blue whales — which still grow up to two bus lengths — is based in the central Indian Ocean.

But their unique song — which is so strong it can travel up to 500 kilometers — was picked up on recordings as far north as Sri Lanka and as far east as the Kimberley in Western Australia.

If visual sightings confirm the Chagos population, named after an archipelago near where they were found, they will become the fifth population of pygmy blue whales to be discovered in the Indian Ocean.

With blue whale populations pushed to the brink by whaling, that is a big deal, Rogers claims.

Unlike many whale populations in the southern hemisphere, blue whales haven’t recovered from whaling.

Discovering this new population is the first step to protecting it, the researchers say, and opens the door for more research into the shy animals’ behavior.

“Blue whales in the Southern Hemisphere are difficult to study because they live offshore and don’t jump around — they’re not show-ponies like the humpback whales,” Rogers said.

“Without these audio recordings, we’d have no idea there was this huge population of blue whales out in the middle of the equatorial Indian Ocean.”