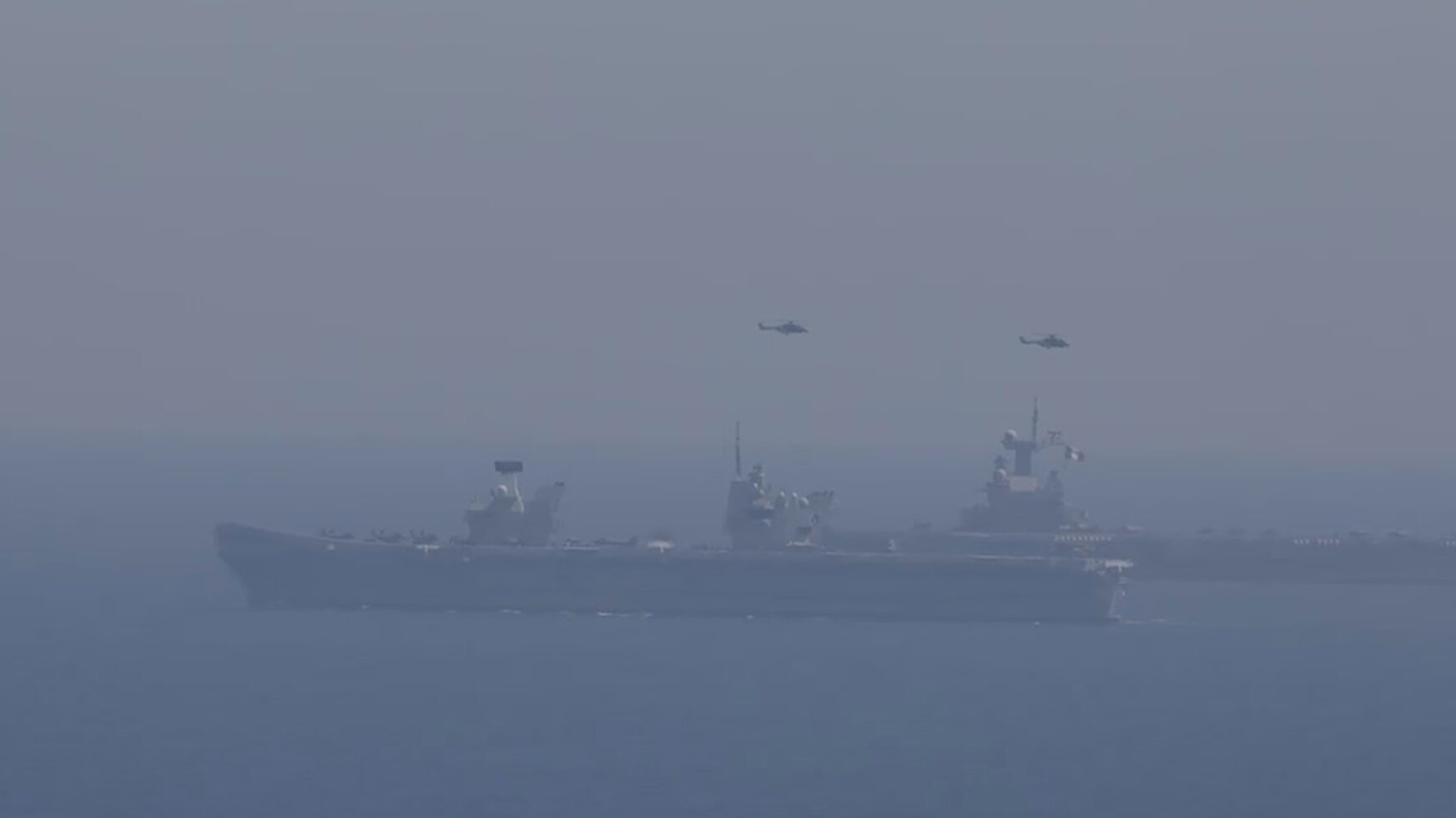 HMS Queen Elizabeth and FS Charles side-by-side for the first time in the Mediterranean Sea on the 4th of June 2021. (Royal Navy/Newsflash)

The HMS Queen Elizabeth cruised side by side with the FS Charles de Gaulle in the Mediterranean Sea during “cat and mouse” war games testing their ability to respond to enemy attacks.

The Royal Navy said in a statement that the HMS Queen Elizabeth and the F-35 fighter jets onboard spent several days in the western Mediterranean training with the FS Charles de Gaulle in Exercise Gallic Strike on June 4.

The Royal Navy said that the first phase of Exercise Gallic Strike tested the ability of the two aircraft carriers to protect and defend against threats.

The HMS Queen Elizabeth is heavier and longer than its French counterpart weighing 72,000 tons and measuring 920 feet (280 meters) in length with a higher top speed of 32 knots (37 mph).

“The fact that we are joined for this occasion by the heads of the navies of Britain, France, and the United States is also significant,” said Steve Moorhouse, Commander of the U.K. Carrier Strike Group, a unit within the Royal Navy.

“The Royal Navy could not have reached this point in our carrier renaissance so quickly without the support of our two most important strategic partners,” he said.

The admiral’s comments come as tensions between NATO, the U.S., and Russia continue to boil due to increasing tensions in the Arctic Ocean and the Kremlin’s support for Lukashenko’s government in Belarus.

U.S. President Joseph R. Biden Jr. and Russian President Vladimir Putin have a highly anticipated summit coming up in Geneva on June 16, where increasingly tense military relations between Washington and the Kremlin are expected to take center stage.

The joint exercise came just days before French President Emmanuel Macron is due to arrive in Cornwall, England, for the G7 meeting that starts on June 11.