VIDEO: Pew! That Was Close: Skunk With Head In A McDonald’s Cup Saved By Cop 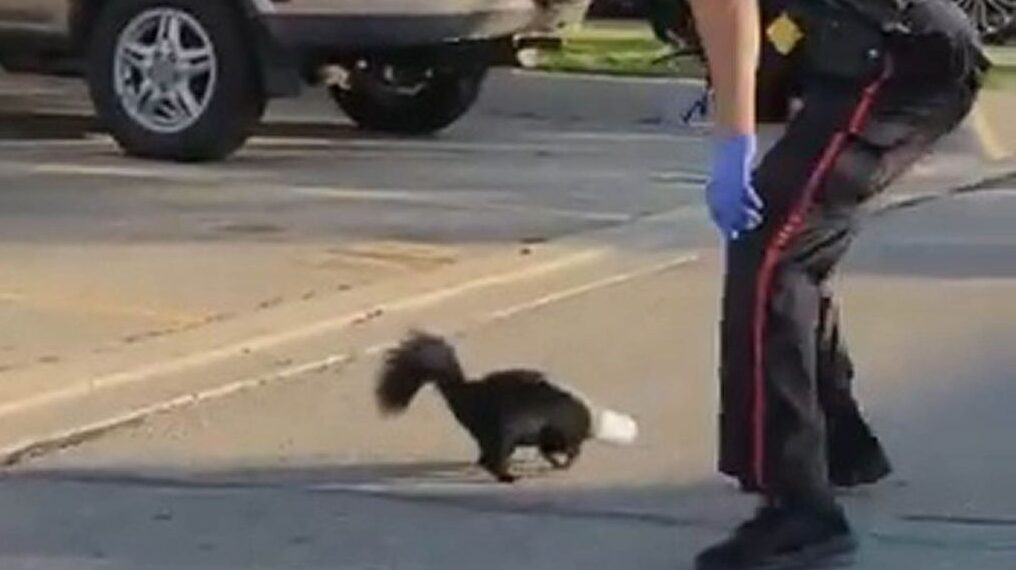 Video shows how a Canadian policeman managed to remove a McDonald’s cup from a skunk’s head without getting sprayed.

The video was filmed in Toronto by police who jokingly asked: “What do you get when a police officer and a skunk cross? Law and Odour!

“Great job by Constable Zamani for taking this high-risk task. Helping out a furry friend in need,” police posted.

“Be mindful not to litter, keep our community safe and clean,” police added.

In the video, the gloved cop is seen trying to attract the skunk, which wanders around with its head apparently stuck in a McDonald’s cup. When the animal comes into the shot, the filming officer says: “Yep, that is a skunk with a McFlurry cup on its head.”

His colleague attempts to remove the cup without getting sprayed, but fails at first. He then follows the wandering skunk and manages to snatch the cup off its head before running off to a safe distance as his colleague shouts: “He did it!”

«Previous Post
VIDEO: Puppy Love: Grieving Dog Stands Guard Over Her Friend’s Body In The Middle Of A Highway»Next Post
VIDEO: Would Cue Believe It? TikTok Star Cuts A Cucumber In Half With A Playing Card