VIDEO: Frog Tries To Hop It After Being Swallowed Whole By Snake 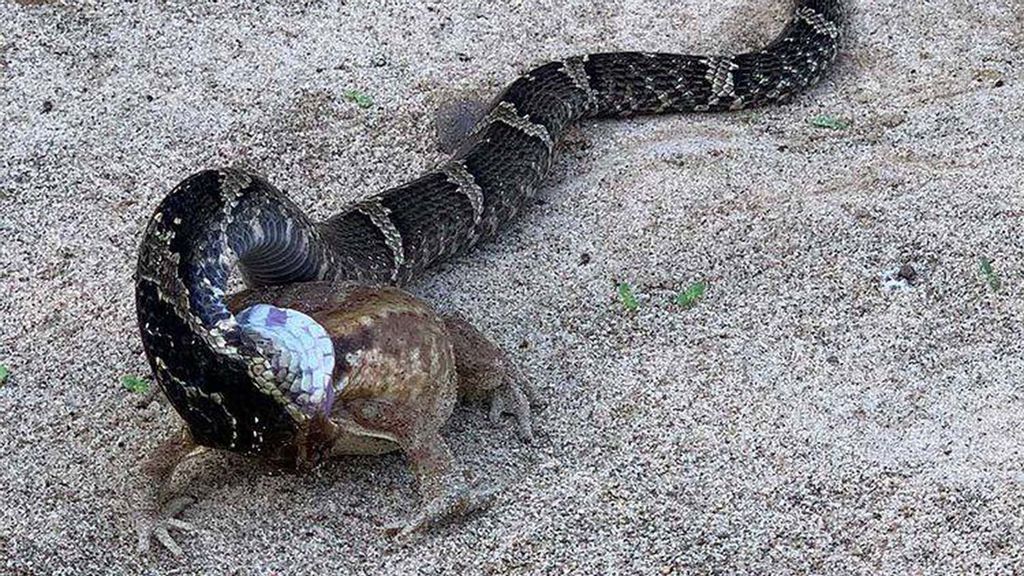 A snake catches a frog and attempts to swallow it at a Bolivian national park. (Franco Barrera/Zenger News)

At first glance, this snake looks as if it has grown legs and is managing to hop after trying to swallow a frog.

The video was filmed by Franco Barrera, a fly-fishing guide for Untamed Angling, at the Isiboro Sécure Indigenous Territory and National Park in the Bolivian Amazon jungle.

In the video, the snake has its mouth around the frog’s head as the frog uses its legs to try to leap to freedom. But its predator refuses to give up its hold — and eventually subdues the frog.

“I was having lunch with clients next to the Sécure River when I saw the snake come out of the bushes and start jumping, which at first seemed really strange,” said Barrera, who has worked in the jungle for four years. “So I got closer. Then we saw it was trying to eat a frog.

“I’m not sure what kind of snake it was, but it looks like a xenodon merremi, commonly known as Wagler’s snake, which is non-venomous. It was really crazy,” he said.

“As a guide, I can say that nature can sometimes be brutal, but this is the charm of animals in the struggle for survival.”