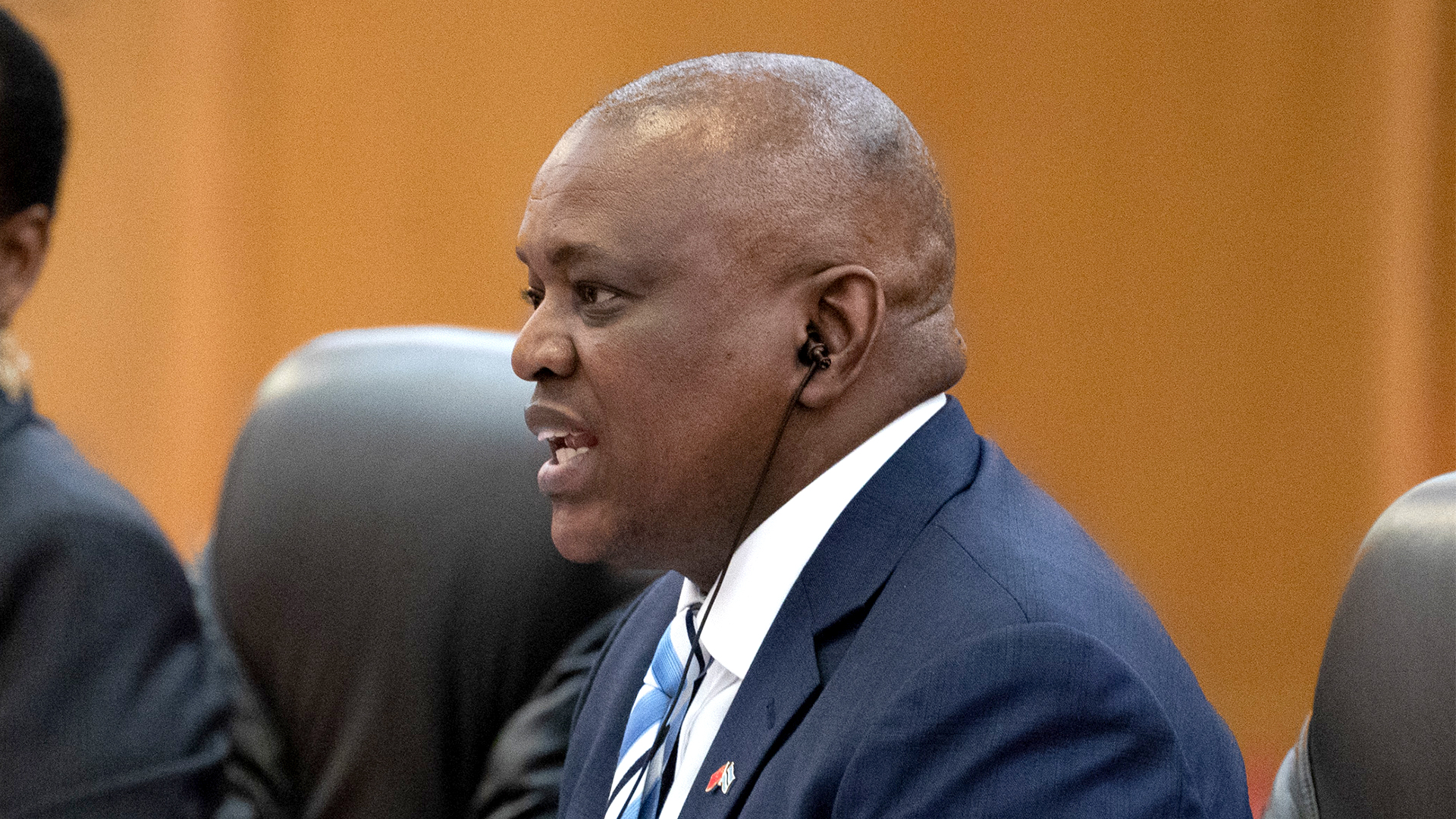 President of Botswana Mokgweetsi Masisi in China. The tourism industry contributed 13.1 percent of Botswana’s gross domestic product in 2019, while the sector accounted for 8.9 percent of total employment, according to The Tourism Industry in Botswana 2021 report. (Roman Pilipey - Pool/Getty Images)

GABORONE, Botswana — Kenson Kgaga, the owner of Naga Safaris that offers day trips to Okavango Delta in northern Botswana, was hopeful of making a total return to business when he got several tourists bookings from abroad.

But his hopes have been dashed.

“We had four cancelations which were attributed to the ‘State of Emergency’,” he told Zenger News.

His clients had been postponing travel to Botswana, hoping that the State of Emergency declared by President Mokgweetsi Eric Keabetswe Masisi in April 2020 to curb the spread of Covid-19 will be lifted. 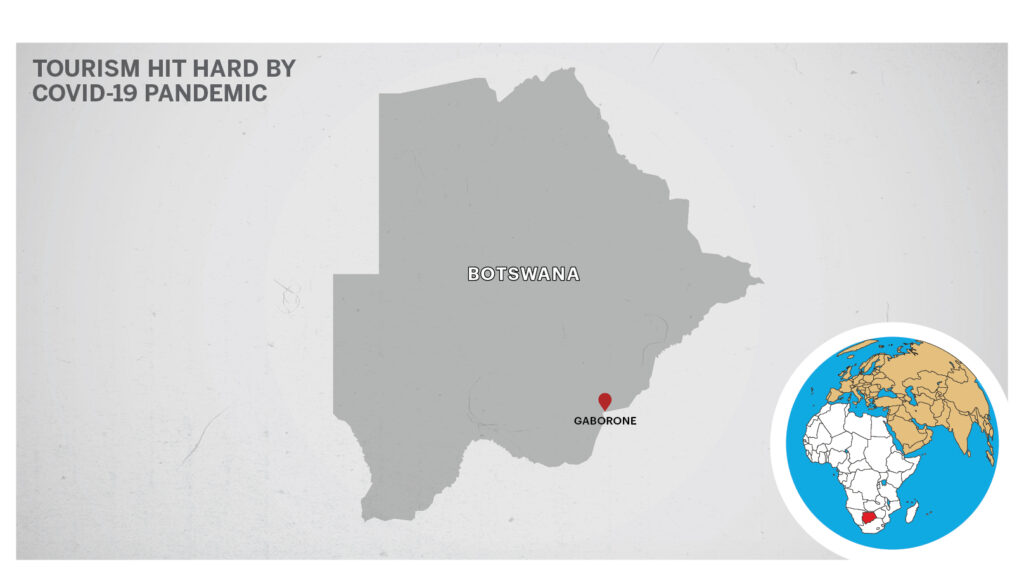 “They said they were canceling because insurance companies are unable to offer insurance cover to travel here due to Covid-19. The cancellations have lost us a lot of money.”

Kgaga, who is also chairman of Botswana Guides Association, is worried that small tourism businesses might not survive if travel restrictions are not relaxed.

“We have approached the government and raised the issue of the State of Emergency and its negative impact on the tourism sector. We are still waiting for a response.”

The tourism industry contributed 13.1 percent of Botswana’s gross domestic product in 2019, while the sector accounted for 8.9 percent of total employment, according to  The Tourism Industry in Botswana 2021 report.

In April 2021, Masisi asked for another six-month extension as Covid-19 cases increasing. However, the Covid-19 containment measures have brought pain to business people in the tourism sector.

“They told us some who wanted to come had received Covid-19 vaccines, but they are unable to travel because insurance companies are refusing to offer them insurance cover to travel to Botswana while the country is under the ‘State of Emergency’.”

She said using the phrase to contain the coronavirus has given tourists a negative impression about the security situation in the country.

“We understand that this is for purposes of fighting the virus, but people usually associate the state of emergencies with political instability. In Botswana, it was for health reasons, but many people do not understand that.”

She could not state the number of tourists who have canceled their bookings, saying the information came from tour operators.

Some 204,475 tourists visited the country in 2018, according to Botswana’s “high value and low volume” tourism policy report released in 2020.

Rakorong believes these are the challenges being experienced even with domestic tourism.

“We have approached the government through the Ministry of Environment, Natural Resources Conservation, and Tourism to raise our concerns, but they have not responded to our concerns.”

She says the tourism industry has sent a proposal to the government to vaccinate people working in tourism.

“We consider the employees as frontline workers and, to revive tourism those employees should be vaccinated.”

The Acting Permanent Secretary in the Ministry of Environment Natural Resources Conservation and Tourism, Oduetse Koboto, said they had advised local tourism firms to engage travel agencies about the possibility of utilizing local companies to provide travel insurance to international tourists.

He said if travel policies in countries of origin discourage tourists from traveling to areas under a state of emergency, tour operators should approach local insurers.

“It is the local insurance companies who can establish whether it makes business sense to avail travel insurance to international tourists, if insurance policies in their home countries prohibit them from coming here during the State of Emergency,” Koboto told Zenger News.

“Insurance companies in their home countries might equate the ‘State of Emergency’ to political instability, but there’s no war here, and they should assure travel agencies.”

He advised tour operators to approach insurance companies as a block to make their business case since they are aware that the State of Emergency in Botswana is for health issues, not conflict.

Destinations around the world received 180 million fewer visitors between January and March 2021, according to the United Nations World Tourism Organization Confidence Index.

As tourism continues to reel from the effects of Covid-19, some in the industry have found innovative ways to survive.

Ben Mogotsi, the owner of Cars and Guides, which offers day trips to Chobe River, Chobe National Park, and Victoria Falls, has found a new calling in agriculture.

“We moved into horticulture production during the first lockdown last year,” he told Zenger News.

“The travel restrictions meant there was no business. Since I had a farm, I agreed with my employees to fully go into horticulture production.”

None of his seven employees lost their jobs as they also embraced horticulture.

“The business is doing well and supplies the tourism town of Kasane with vegetables.”