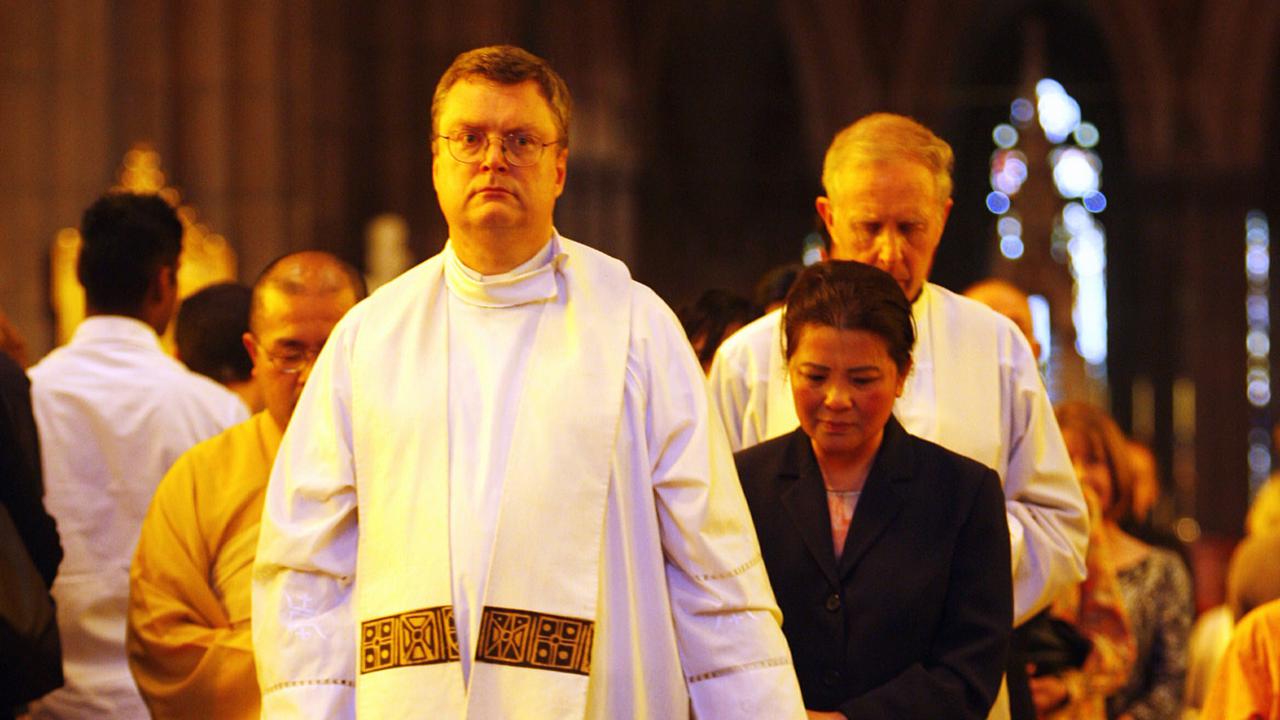 SYDNEY — A former Catholic priest from Australia who traveled to poor Asian countries to sexually exploit vulnerable boys was jailed for at least 14 years.

“He is one of the base individuals who created abhorrent products for his sexual pleasure, using children made vulnerable by circumstances in their homeland,” said Judge James Bennett.

They include producing child pornography in Vietnam and the Philippines, distributing child exploitation material, and engaging in sexual activity with nine boys.

The former Melbourne priest, Labor Party official, and lawyer was arrested at the Sydney airport in October 2018 while returning from Vietnam.

After a day-and-a-half of reading his sentencing remarks, Bennett jailed the fluent Vietnamese speaker on June 3 for 19 years with a non-parole period of 14 years.

Hansen’s offenses included paying sums – sometimes the equivalent of $7.50 – to boys to pose for pornographic photos in his hotel rooms and engage in sexual activity with other boys or with him.

His planning and organizing had included acquiring premises for his “sexual adventures” that had limited exposure risk, the judge said.

He rejected Hansen’s evidence that he used the material for “sexual comfort” rather than sexual arousal.

Hansen, a Catholic priest in the Melbourne Archdiocese until he resigned in 2011, contended that looking at the images was “almost a soothing thing; it diminished my anxiety”.

But the judge found he was motivated by his sexual interest in boys and was willing to exploit their limited means in their homelands.

Hansen agreed he accessed child pornography when he was a priest.

“I am not satisfied he is genuinely contrite,” the judge said. He found Hanson could manipulate and deceive those he spoke to about his offending, including a psychiatrist.

Hansen’s evidence that he only appreciated the harm he caused the boys when he read their victim impact statements “beggars belief”.

Hansen sent images of boys and said he was “hoping to keep the camera running” in the Philippines.

“I am still thinking of how I can milk the max out of my poolside weekend”.

He referred to news about the health of the King of Thailand.

“With my bloody luck, he dies before I get there and everything is shut,” and he hoped he “lasts long enough for me to get about”.

Maliboy Hornbag warned him not to overspend, saying, “they become greedy; that is what Manila is like now”.

Hansen replied not only would he not overspend, “he can’t”.

Hansen told Maliboy Hornbag the most he would pay the boys was 250 to 300 pesos plus a gift, outing, and food.

But for “an outstanding performance” and “for those I really like, I might pump up to 500 the most”.

The judge said the “abhorrent nature of the commentary” in the messages illuminated Hansen’s attitude towards his “egregious misconduct”.

A local intermediary had sent him photos of boys on Facebook, under the pretense of carrying out modeling shoots, and Hansen would tell him the ones he wanted to meet.

Hansen had groomed the boys, also paying others to get access to them.

The judge found he had no more than modest prospects of rehabilitation.

He gave him a 25 percent discount for his guilty pleas, noting that it meant witnesses did not have to be called from overseas, but he found the crown case was “exceptionally strong”.

The earliest date he will be eligible for release on parole is in October 2032, after his sentence was backdated to when he went into custody.