A Tasmanian dog trainer has already opened one home for orphaned dogs. Stage two will be a sanctuary for both dogs and cats, and she has a plan to make it work.
By Tracey Ferrier June 7, 2021
Facebook
Twitter
Linkedin
Email 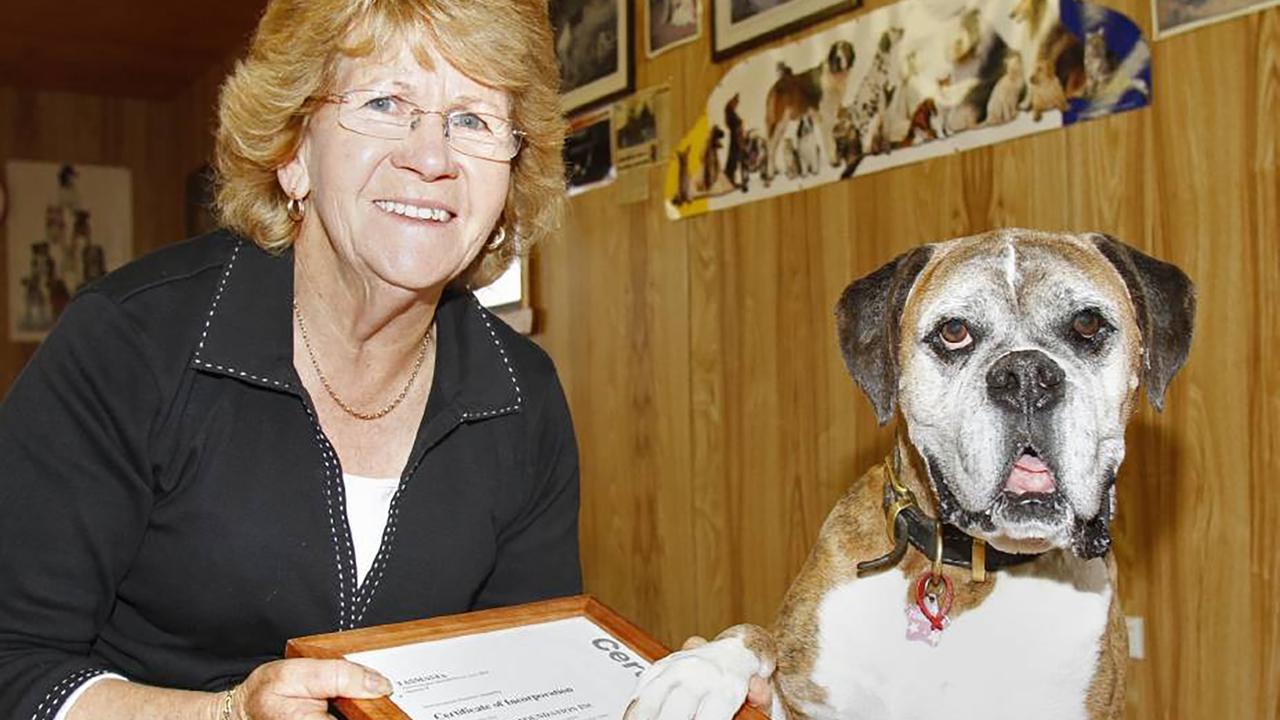 SPREYTON, Australia — A woman from Tasmania, an island state in Australia, is busy planning stage two of a truly heavenly home for orphaned pets.

Rita Lynd is an expert in dog behavior who spent her working life running a training school for them.

Now, she’s spending her retirement making sure that beloved pooches – and soon enough, cats – have a loving place to call home when they lose their owners.

It was 2009 when Rita found her dear friend John died at his home, his faithful elderly boxer Hannah steadfastly sitting beside him. By then, he’d been gone four days.

Rita doesn’t like to talk about the severe trauma Hannah endured that day and afterward, how she howled upon being taken from John’s side.

It took six long months in Rita’s care for Hannah to show signs of enjoying life again, to adjust to all the things that had changed for her in the blink of an eye.

By the following year, Rita and a band of supporters started fundraising, determined that other loyal companions like Hannah should have a place to go to if they outlived their owners.

“We worked day and night. We had more garage sales than you can imagine, and I hate garage sales with a vengeance. But it was a way of raising money, so we had to do it,” Rita said.

The four live happily together on almost a hectare, at Spreyton, south of the city of Devonport, supported by live-in carers who make sure they live just as they did when their owners were alive. If they slept on the bed then, they sleep on the bed now. If they liked to chase balls then, they get to do it now.

Rita, and the charity she helped found, now has about 50 dog owners registered to send their pets into its care, should they die first.

Each has made a provision for their furry friends in their will and formally notified the charity of all the things that make their dogs happy.

Rita doesn’t tell owners how much to set aside. “I don’t want to be fundraising when I’m 90. I tell them to work it out and leave it up to the individual.”

With about 50 dogs headed her way and a plan to take in cats too, Rita is overjoyed that a generous long-term member of her charity, Hannah Foundation Inc, has just purchased and donated a serene, 25-hectare property at nearby Lower Barrington, a small locality in Tasmania, for stage two.

Rita has a vision for a sanctuary that is equal parts dog/cat and human – what will eventually be a cluster of homes, each with a fenced yard and dutiful carers who live on the property in return for the care they provide.

There’s already a three-bedroom brick home and a two-bedroom unit on the land, and if Rita has her way, it will also one day support a small village of like-minded types.

For now, though, she’s on the hunt for a caregiver, or caregivers, to move in and get the second property ready for new arrivals.

“We’re hoping to get a couple or a couple of couples,” she said. “We thought we may even be able to get someone who’s lost a farm through the drought and would like somewhere semi-rural to live again. That would be wonderful.”