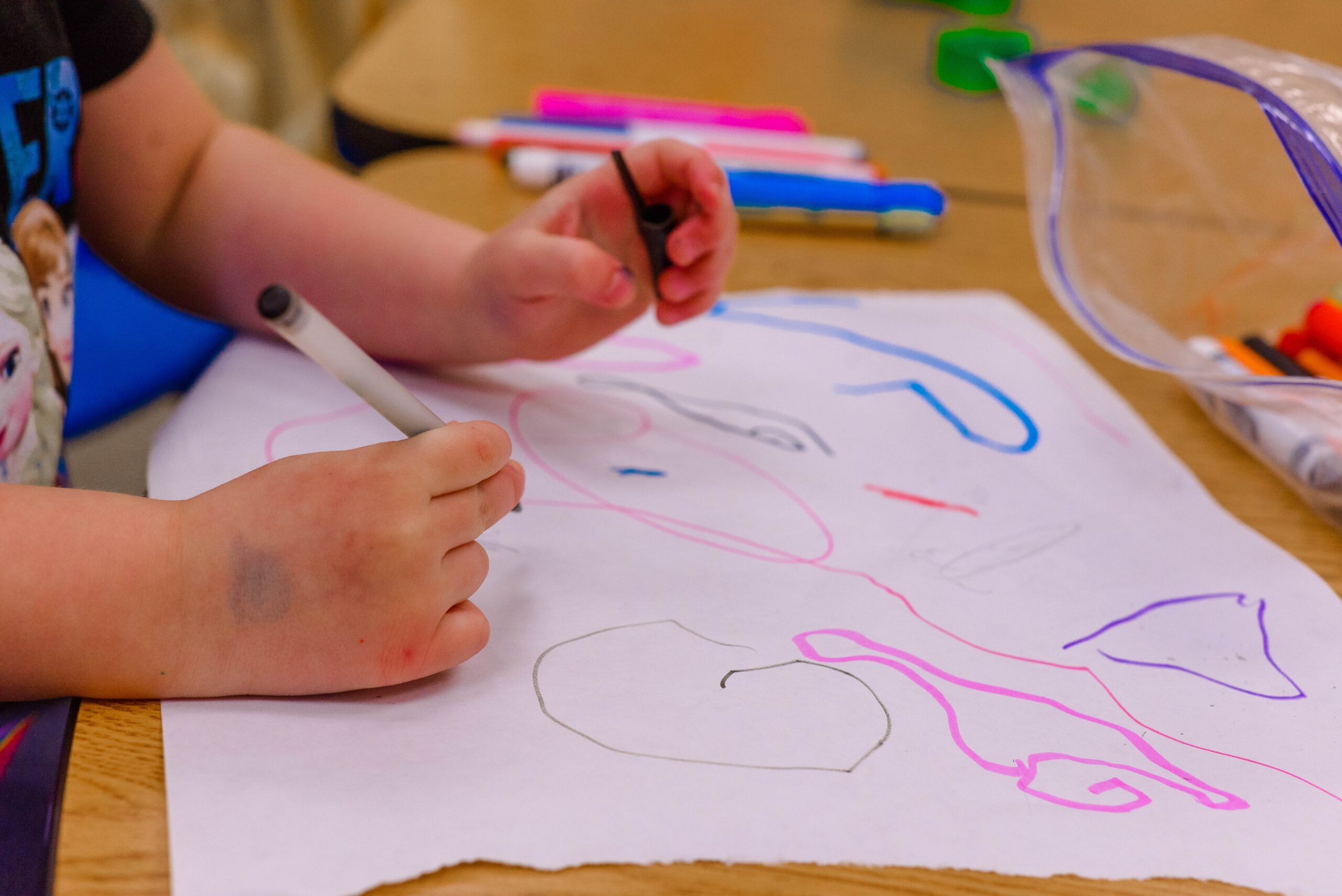 BOSTON — Early education professionals are voicing concerns that President Joseph R. Biden’s plan for publicly funded pre-K programs could impose academic goals and evaluations too early in childhood — at the expense of under-fives getting a chance to play.

Biden’s American Families Plan, which was released in April, calls for an “historic $200 billion investment” to establish “high-quality” universal preschool for all three- and four-year-olds. The White House estimates that the program — along with plans to cap childcare costs for children under five — will benefit five million children and save the average family $14,800 per year.

Educators, on the other hand, say they hope the details of those programs will be left to states to decide within guidelines or definitions set by the federal government.

“What I’m concerned about is that money implies some degree of control,” said Dr. Peter Gray, a research professor of psychology and neurology at Boston College.

Gray said he was concerned federal funding could impact the definition of “preschool” and “pre-K,” by requiring programs to show progress through standardized testing.

Mary Parr-Sanchez, president of the National Education Association New Mexico, and Bethany Jarrell, the vice president, both said they share those concerns. But they said there are ways other than testing that are already used in pre-K classrooms to show educational progress.

New Mexico uses the Early Childhood Observation Tool, for instance, which involves pre-K teachers filling out a 60-question form for each child three times per year.

“There has to be some caveat where training is one of the highest priorities,” said Pamela Renneisen, director of the St. Jospeh’s universal pre-K program. “And not just for the people in the classroom, but for anyone who’s in contact with four-year-olds. That includes bus drivers, custodians — everyone needs to understand what it’s like to be four years old.”

Renneisen oversees universal pre-K programs in five districts in Long Island, New York. Each classroom has up to 18 four-year-olds, led by a teacher and a co-teacher who both hold at least one certification. But Renneisen said some classrooms have as many as nine certifications between the two.

New York City is among them, as are Boston and Chicago.

Oklahoma has the oldest universal pre-K program in the country, which serves about three-quarters of the state’s four-year-olds. Oklahoma State Superintendent Joy Hofmeister said the program has improved grade retention and overall academic performance.

“One hundred percent of our school districts have a program for four-year-olds,” Hofmeister said. “They ride the same buses. It’s just when school starts in Oklahoma.”

Oklahoma requires all teachers in its public school system — including pre-K teachers — to have a four-year college degree and state certification, Hofmeister said.

“It was based on evidence,” Hofmeister said. “We started the initiative to have universal pre-K for what our children would need. Much of this work began on research and evidence, then convincing the legislature that it would have a return on the investment.”

A 2017 study published in the Journal of Policy Analysis and Management by the directors of Georgetown University’s Center for Research on Children in the Unites States examined universal pre-K in Tulsa, Oklahoma. The authors found a two-to-one cost-benefit ratio for the program, calculated by looking at crime reduction and adult earnings increase.

Hofmeister also said Oklahoma has seen costs saved in identifying children with cognitive disabilities and special needs and supporting those students and their families early.

“The more we look at the evidence, the more compelling the case is for this investment,” he said. “Particularly in a state like Oklahoma, we’re seeing our children perform alongside those in states without universal pre-K and without the same demographic hardships as Oklahoma.”

Public pre-K instructors in New Mexico also go through extensive training, and need at least an associate’s degree to work in pre-K classrooms. Jarrell, the National Education Association New Mexico vice president, said the state has a “tremendous menu of trainings” that pre-K teachers must complete — as well as coaches who work with staff every two weeks of the school year.

Teachers unions will need to play a “profound role” in providing experts with classroom experience as states roll out universal pre-K programs, Jarrell and Parr-Sanchez added.

“Many legislators and folks outside education don’t know the developmental stages of children,” Parr-Sanchez said. “Kids are not widgets. We are the professionals, and we know the names of the kids.”

At the heart of the universal pre-K debate is what children should get from the programs, and whether they should enter kindergarten with some preparation for math and reading. Leaders of pre-K programs advocate a more nuanced approach that also addresses the need for play.

Renneisen described a similar approach for the five programs she oversees.

“We infuse academics with developmentally appropriate practice,” she said. “There’s nothing wrong with having a little focus every once in a while, having a theme, having them learn something.”

Renneisen polled kindergarten teachers in her districts in New York to find out what they wanted pre-K students to know before coming to kindergarten. The answers, she said, were things such as standing in a line, carrying their own lunch trays in the cafeteria, zipping up their own coats and even things as outwardly simple as making friends.

“It’s beyond curriculum,” Renneisen said. “We proved we could make kids kindergarten-ready.”

The American Families Plan calls for “tax reforms focused on the highest income Americans” to fund universal pre-K and the other aspects of Biden’s education plan.

Per-pupil costs in Oklahoma were about $800 less than the national average in 2020, according to the National Institute for Early Education Research’s state of preschool report, and Oklahoma met nine of the 10 quality standards on the report’s checklist.

“It can be done,” Hofmeister said about universal pre-K in general. “I believe Oklahoma is proof that we are a state that has limited resources dedicated to education and we’ve been able to do it for decades.”