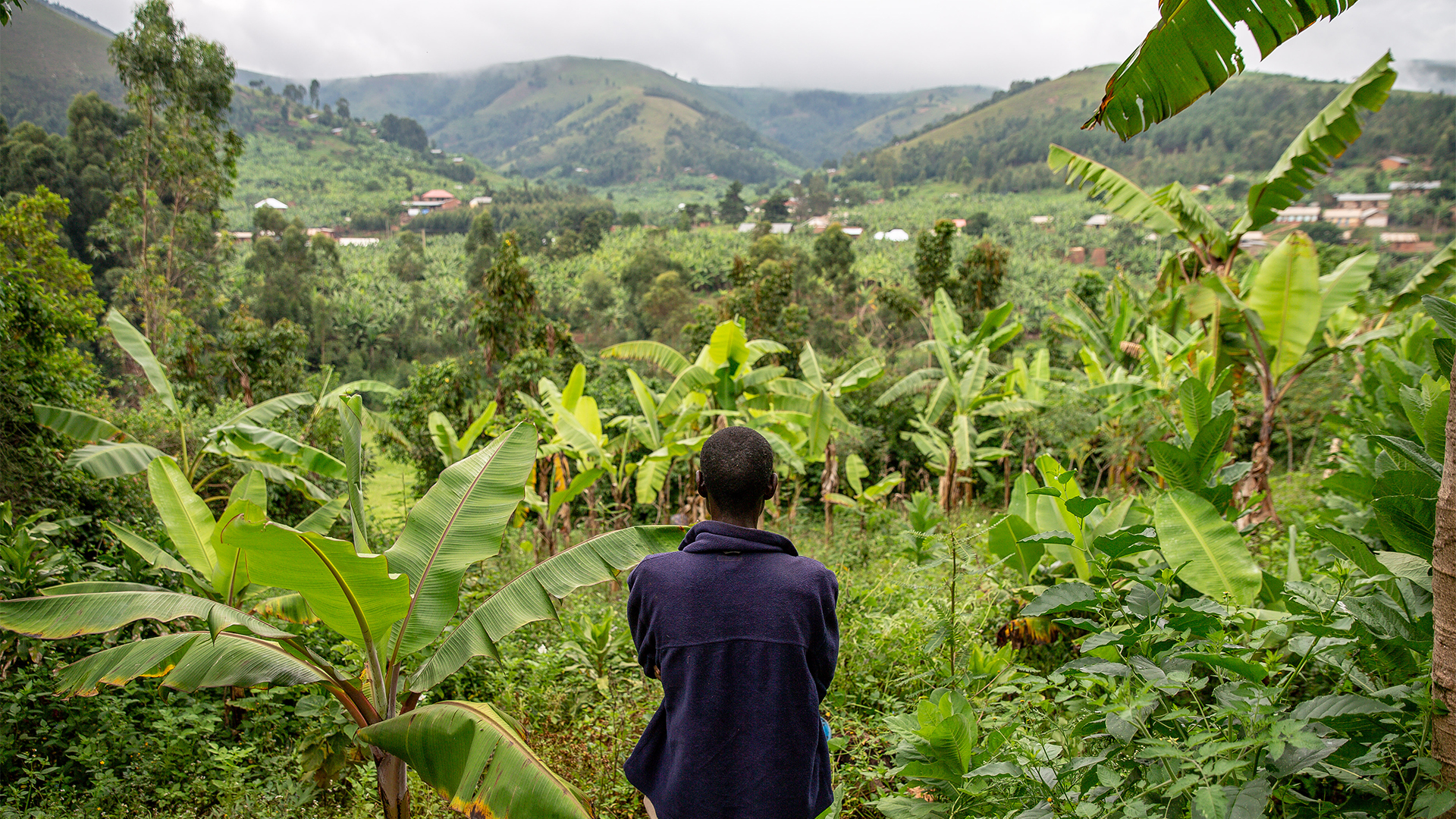 “I have been cutting down trees for charcoal, which I sell to provide necessities for my family — for instance, paying for medical care and school fees for my children,” he told Zenger News.

Thick covers of indigenous tree species in the Acholi region of Uganda have dramatically diminished owing to rampant illegal logging for commercial charcoal production done by people like Kidega.

Afzelia Africana (also known as African mahogany), and Shea nut, locally known as beyo and yaa, respectively, in the Acholi dialect, are the most endangered. They are among 32 vanishing tree species on the government’s red list. 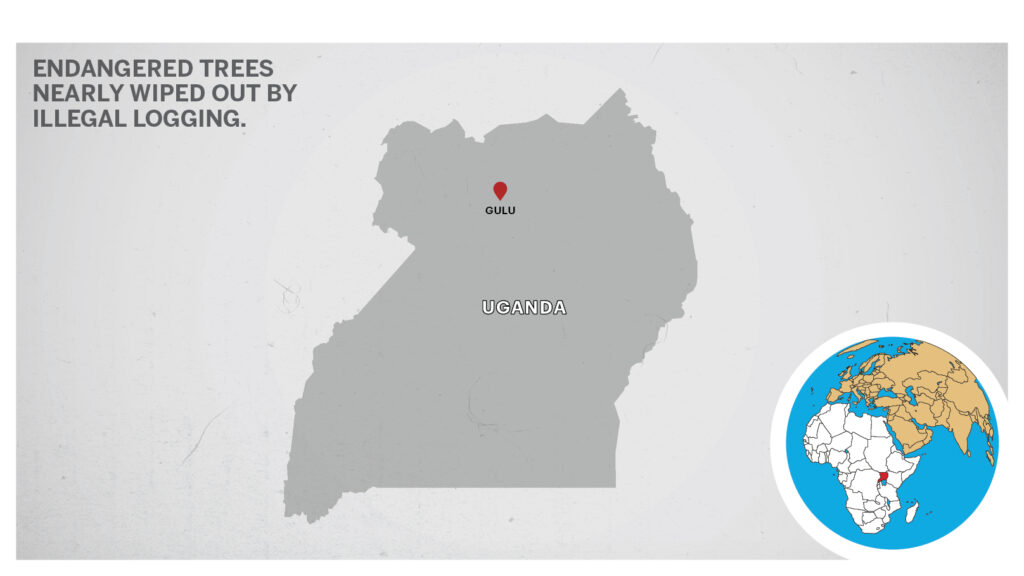 In Uganda, the trees grow in the eight districts of the Acholi region—Gulu, Kitgum, Pader, Amuru, Lamwo, Agago, Nwoya, and Omoro. They also grow in neighboring Lango and West Nile, Karamoja, Nakasongola, Teso, and Lango regions.

From 1986 to 2006, the Lord’s Resistance Army, a rebel group based in northern Uganda, waged a civil war against the government, ruining the local population’s livelihoods.

But due to the widespread poverty due to the conflict, hundreds of unemployed youth, corrupt local leaders, and government officials have taken advantage of the calm to transact in the illicit forest products, said Geoffrey Oceng Osborn, the central government representative in the region.

In line with Section 29 (1 & 3) of the National Forestry and Tree Panting Act 2003, the Ugandan government, through the line Ministry of Water and Environment, suspended the cutting, transportation, and sale of products of Shea nut trees in 2018. However, illicit trade in tree products continues to flourish.

“Excessive cutting of Shea nut trees for charcoal and firewood has led to the low-density distribution of Shea nut tree compared to other indigenous tree species in the area,” said a 2016 study by Uganda’s National Environment Management Authority.

“Why must I die of starvation with my six children, yet I have the free trees growing up in my land, and I can cut them to earn me some money to make ends meet?” Hellen Lakot, a 58-year-old widow from Okidi village, Atiak Sub-County, Amuru district, told Zenger News.

“Both beyo and yaa trees provide good charcoal and have a good market.”

In March 2021, a local pressure group formed by the Centre for African Research-Northern Uganda Research Centre paid a visit to the Agago district to assess the destruction of several species of trees by charcoal dealers in an area of over 100 acres.

Willy Choowoo, a group member, told Zenger News that “the indiscriminate tree cutting in Bul-Ayita village and other parts of Agago is alarming.”

“They use the disguise of opening farmlands to deplete the trees,” he told Zenger News.

“We have also dealt with many cases where they bribe security personnel and local council leaders to cut trees.”

Illegal logging is also fueled by high demands for hardwood in the Asian continent—including countries such as Indonesia, Vietnam, India, China, and Taiwan—because of the high prices they fetch from luxury items such as furniture, ships, and ships, and guns butts.

Michael Tebere, the senior governance technical advisor with the Uganda Governance, Accountability, Participation, and Performance Program, said the government must enforce the ban on charcoal burning in all districts.

The Acholi region has a comparative advantage over other areas of Uganda in charcoal production because of its low population (57 persons per square km as opposed to the national average of 173).

It is heavily wooded, arable land with favorable rainfall for tree growth.

Religious and cultural leaders have also deplored rapid deforestation in the region.

“We must rally our people at all levels to guard the environment, especially the Shea nut trees jealously,” he told Zenger News.

“My people must resist the temptations for quick money, which in the long run will be catastrophic to life and environment.”

Santa Joyce Laker, a dealer in products of Shea nut tree in Gulu, said she is worried about what the future holds if the rapid depletion of trees continues.

“I earn my living from Shea nut trees because the fruits are eaten, and the nuts contain oil which is extracted for cooking and also for medicinal use,” she told Zenger News.

Renewable Energy Policy 2007-2017 shows the region has the highest concentration of biomass at above 13,000 tons per hectare.

Data from the Uganda Bureau of Statistics show that 82.2 percent of households in Acholi use firewood and charcoal as the principal source of energy.

In 2018, authorities in the eight districts of Acholi drafted a policy to curb industrial charcoal burning. However, the law is yet to come into effect, allowing illegal loggers to continue their activities.

Trucks caught and impounded for carrying illicit forest products have always exploited the weak regulation to maneuver their way out.

But no one is yet to be apprehended.