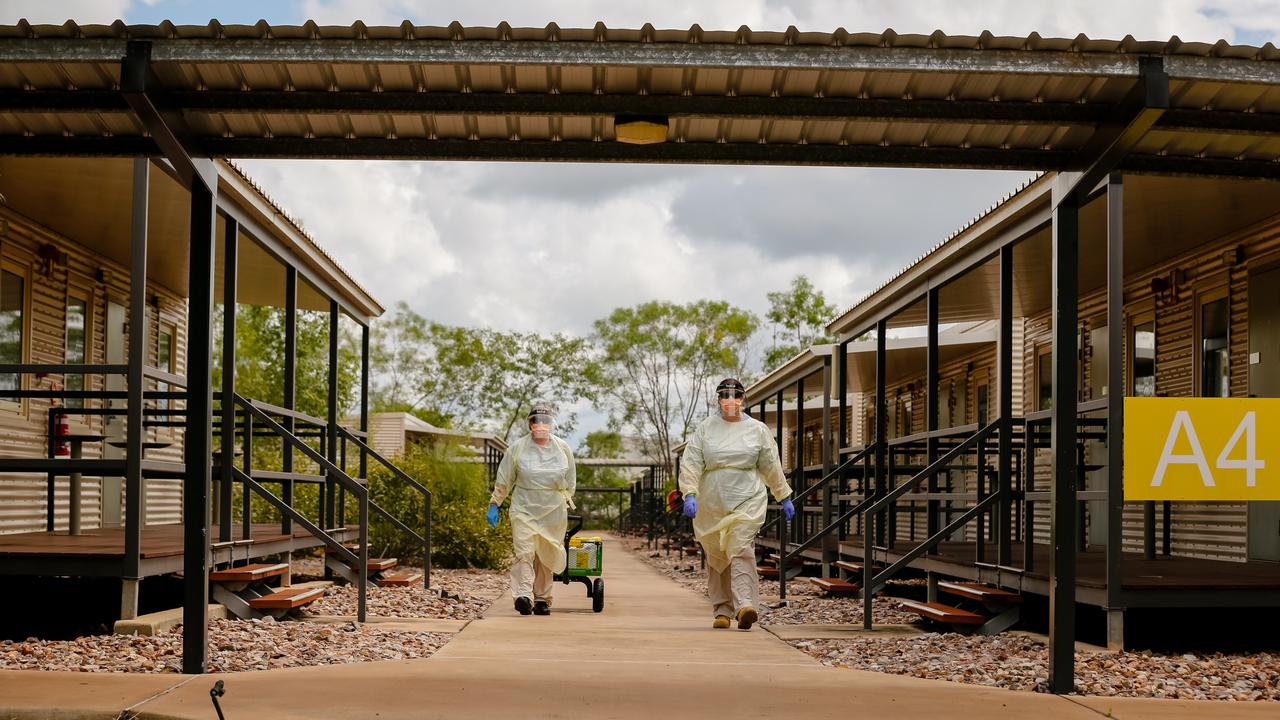 The Northern Territory government has been forced to lease a hotel to accommodate Howard Springs quarantine workers. (Glenn Campbell/AAP Image)

The National Centre for Resilience was expected to expand to accept 2000 returned Australians a fortnight by late May or June.

But the recruitment drive to increase the workforce is lagging amid the rental crisis that led to a shortage of affordable housing in the Northern Territory.

In a bid to attract more workers the territory government is understood to have booked out the Quest Berrimah, which is about 15km (9.3 miles) from Howard Springs on Darwin’s outskirts. 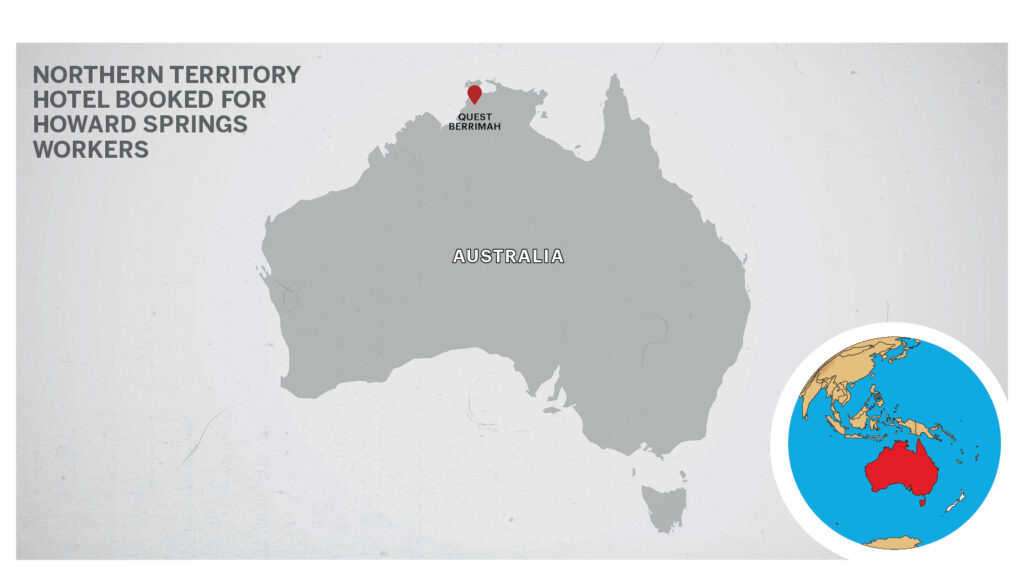 Earlier in the week the Northern Territory Health Minister Natasha Fyles dodged questions about the hotel, saying it was standard procedure to accommodate visiting medical staff.

It comes as the Northern Territory government on June 4 confirmed just 1098 people were quarantined at the facility. Less than 300 staff were available to work out of the 400 required to enable expansion.

“We have received over 3000 registrations of interest for health and operational staff … and are continuing to work through these to recruit additional staff as we scale up our capabilities,” a Northern Territory government statement said.

About 80 percent or 320 have been recruited, the statement said.

But not all are ready to work, with more than 30 still undergoing training, which is set to start next week.

Howard Springs was supposed to help the tens of thousands of Australians who remain trapped overseas amid the ongoing coronavirus crisis.

But just 627 of the people currently quarantined there have been repatriated from overseas.

The remaining 468 are domestic travelers, many of them arriving in the Northern Territory from Victoria, which remains in lockdown as a virus outbreak climbs to 65.

The delay in the expansion of Howard Springs comes amid ongoing debate about the effectiveness of hotel quarantine.

Hotel quarantine has been the source of numerous outbreaks across Australia, including the current one in Victoria.

Many of the repatriated Australians quarantining at the facility have traveled from India, where about 9000 Australians are registered as wanting to return, including 900 people considered vulnerable.

Flights from the Covid-19-ravaged nation resumed on May 15 following a pause when infection rates soared among returnees at Howard Springs.

In the past week, a planeload of Melbourne passengers flew into Darwin just 15 minutes after the Northern Territory government’s recently implemented coronavirus restrictions went into force.

The next flight is due in seven days.