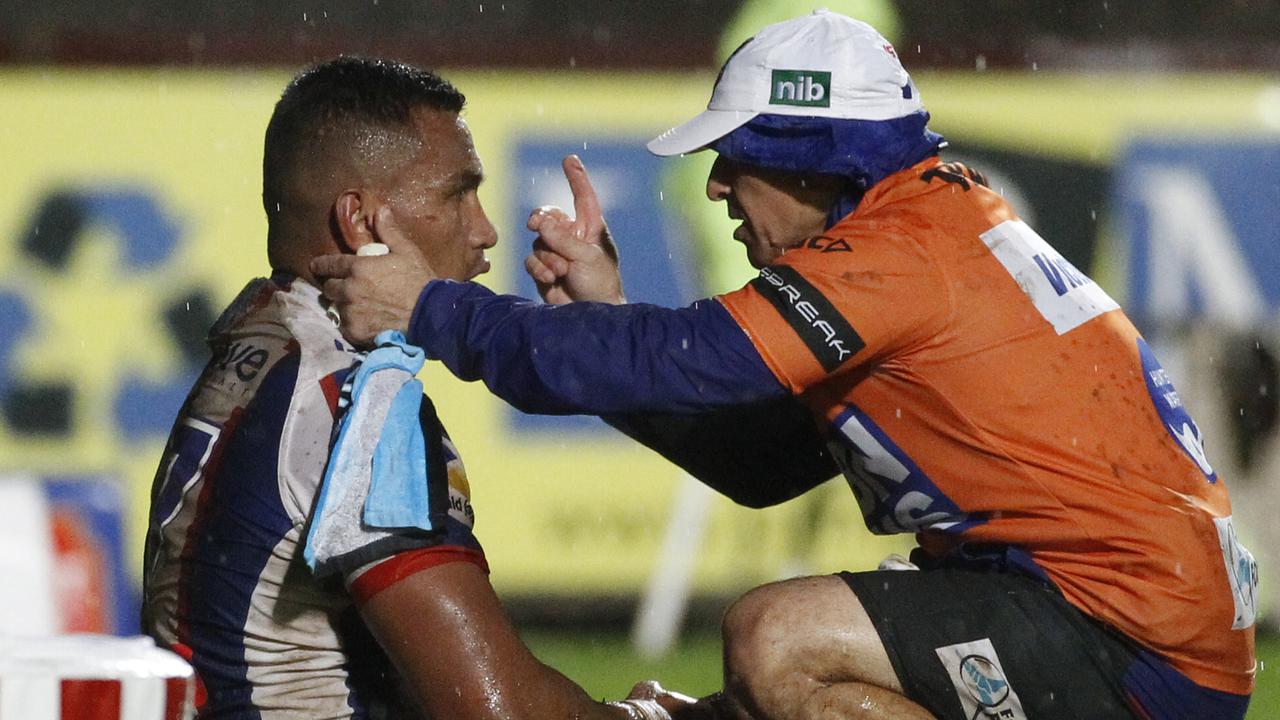 A new drug has been identified to help stop athletes from developing dementia after head injuries. (AAP Image)

The drug works to block a neurotransmitter called substance P which the brain releases in the event of a head knock.

Substance P causes an abnormal amount of a protein called hyperphosphorylated tau to collect inside neurons.

“Our research shows that by blocking substance P with a specific drug, we can prevent the tau protein tangles from developing in the brain and causing neurological problems.”

Vink said the findings of researchers in Adelaide, Melbourne, and the United States, would potentially have significant implications for athletes who play contact sports, such as boxers and footballers, as well as military veterans sustaining head injuries in conflict.

The link between concussion and neurogenerative diseases is well established.

A study of 14,000 Americans over 25 years, published in Alzheimer’s and Dementia in March, showed that people who sustained even one head injury were 25 percent more likely to develop dementia later in life.

Individuals who sustain more head injuries are at an increased risk of developing this condition. Additionally, findings suggest that head injury is associated with dementia risk more strongly among women than among men, and among whites than among blacks.

This is a world-first international study led by the University of South Australia, which found that a new drug can prevent sportsmen from developing dementia after multiple head injuries. The results of this study may be helpful to athletes worldwide.

Found in 1991, the university is situated in Adelaide, South Australia.

The new drug has been successfully tested in animals, giving hope that chronic traumatic encephalopathy (CTE) can be prevented in humans.

Vink said the next step was human clinical trials, but that could take several years since, at present, chronic traumatic encephalopathy (CTE) can only be spotted post-mortem.