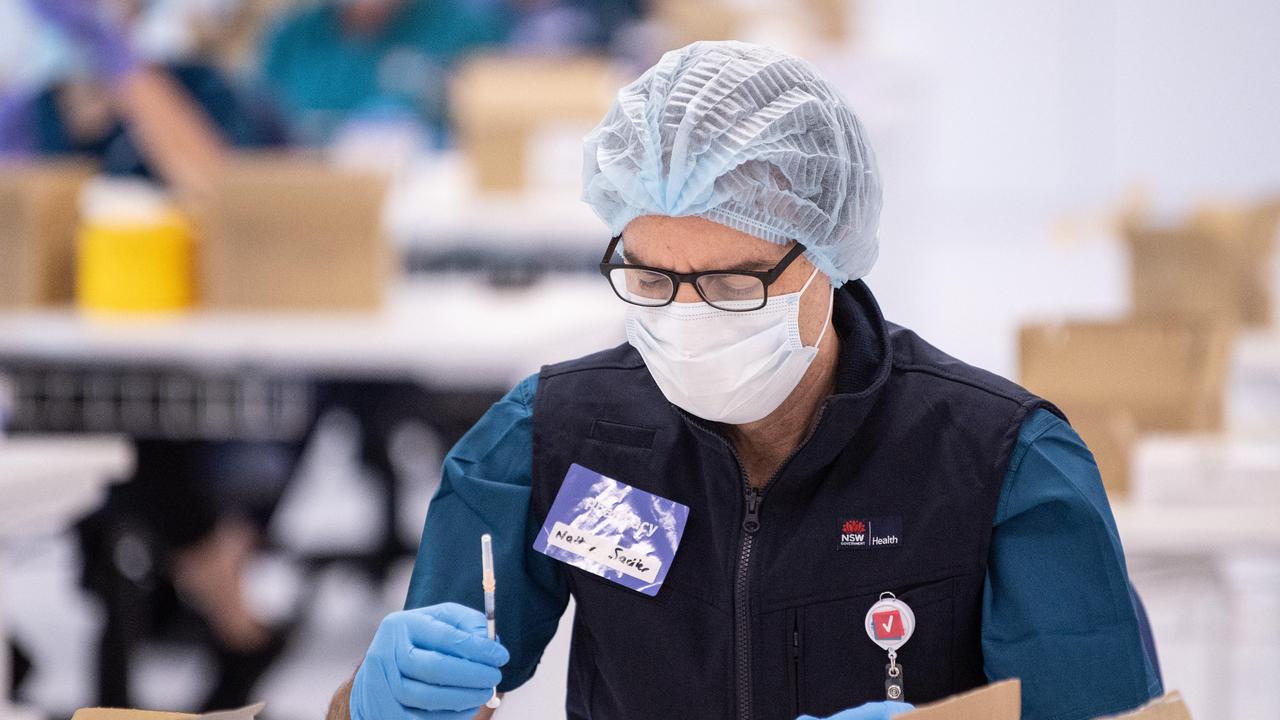 Pharmacists are keen to be allowed to take part in the national coronavirus vaccine rollout. (James Gourley, Pool/AAP Image)

The Pharmacy Guild of Australia expects the rollout to take another 408 days without their involvement.

But that could be slashed to 241 days if thousands of pharmacies already classified as suitable to deliver the vaccines were included.

“It’s just beyond belief we are not using the thousands of pharmacies at our disposal to get millions of vaccines out of fridges and into people’s arms,” guild president Trent Twomey said.

“It’s not an issue of training, infrastructure, supply or consumer confidence – all this is, is a bureaucratic red tape which is slowing down the process towards herd immunity.”

Forty-nine pharmacies in the rural region of Australia’s North-eastern state, Queensland, began administering the coronavirus vaccine on June 7, following a national cabinet decision allowing states to decide whether or not to include them.

The Pharmacy Guild of Australia, Queensland Branch’s Acting President, Chris Owen, welcomed the announcement from the Federal Government that 49 community pharmacies across Queensland would begin offering free Covid vaccinations to members of the community commencing June 7, 2021.

“We’re very proud to be once again leading the way in Queensland,” Owen said in a statement. “The Federal and State Government have shown great leadership in ensuring Queensland Pharmacies would be able to make sure communities across Queensland would have access to the Covid-19 vaccines.”

Queensland is so far the only jurisdiction to approve the use of community pharmacies.

“We’re very excited the first pharmacies will be activated in rural Queensland, and the Palaszczuk government have committed to a phased rollout,” Twomey said.

“What we haven’t had is a commitment from other states and territory jurisdictions to do the same.”

Pharmacists have lobbied the Victorian government in recent weeks to allow them to administer vaccines, with state-run immunization centers faced with lengthy queues.

Twomey said community pharmacies would be a better alternative to mass vaccination hubs.

“It makes no sense when you have a highly contagious epidemic like coronavirus to encourage people to cluster in large numbers in large locations like hospitals and footy stadiums when you can have a decentralized approach done in localized settings in a much safer way.”

Twomey said while there were issues with vaccine supplies early in the rollout, millions of doses were now being produced and procured each week.

“We know from international examples in the developed world pharmacies have been used to administer jabs and achieve much higher rates of community vaccination,” he said.