Three Kids? We Can Hardly Afford One Say Chinese Parents 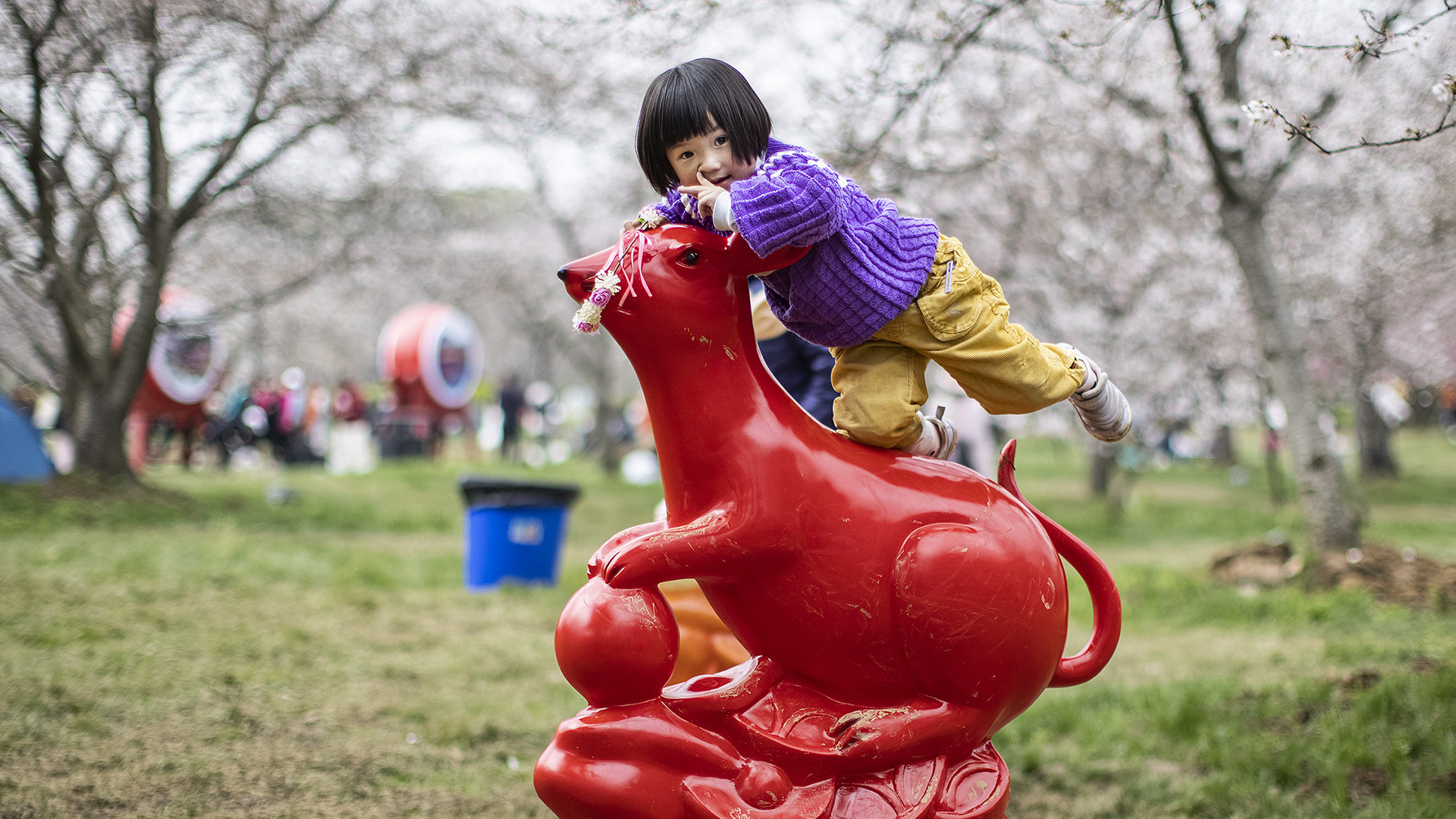 A girl plays at the Moshan scenic spot by the East Lake in Wuhan, Hubei Province, China. (Getty Images)

China’s recent census data, which is collected once per decade, showed the nation’s working-age population shrank over the past decade while the number of people older than 65 rose, indicating tough times for the economy and society.

“The reduction in the supply of available workers, other things given, will push up wage costs and will drag down growth as the economy have fewer productive adults,” a Natixis research report of November 2020 states.

Since 1970, the median age of China’s population has continued to increase from around 20 years to about 37 years in 2015.

According to estimates from the United Nations, the increasing trend will slow down when the median age gets close to 50 years in the middle of the 21st century.

But Chinese parents have expressed doubt that they will take advantage of the new three-child policy unveiled by their government to boost the country’s birth rate, saying it doesn’t make bigger families more affordable.

“If someone doesn’t want a baby, they will not give birth no matter what policy,” Xiang Cao, a Beijing elementary school teacher with a 13-year-old daughter, told Zenger News.

“The teachers in my office will not have more children,” said Cao, “because we, as teachers, have seen numerous parents fail to educate properly, plan for, and accompany even one kid.”

The one-child policy was introduced by then-leader Deng Xiaoping around 1980 to ease the population boom of 429 million from 1949 to 1980, according to the National Bureau of Statistics of China.

There were exceptions, though. Some parents with handicapped firstborn and some ethnic minority groups were kept out of the policy.

Xi loosened the one-child policy to two in 2016 as people at age 65 and older weighed 10.8 percent of the entire population in 2016, from 4.9 percent in 1982, according to the National Bureau of Statistics of China.

The universal two-child policy is expected to add more than 30 million people to China’s working-age population by 2050, helping the nation curb a looming labor shortage.

Despite the two-child policy, the birth rate in China dropped from 12.95 per 1,000 in 2016 to 10.48 per 1,000 before the pandemic, according to the National Bureau of Statistics of China, stimulating the three-child policy.

China’s ruling Communist Party has assured supportive measures on education, jobs, and housing will facilitate the new policy.  It has decided to “introduce major policies and measures to deal with the aging population actively”.

But citizens are skeptical

However, Cao said these measures would take years to fructify. She did not see a change in enrollments at her school after the two-child policy and did not foresee the education system to reform according to the three-child policy.

“Making a child succeed in school is extremely stressful and exhausting,” Jiali Liu, manager of a beauty salon in Beijing and the mother of a 15-year-old, told Zenger News.

Liu said she worries that her daughter will not go to high school because of the 2014 school entrance exam reform, which set the bar higher and pushed more students to vocational schools.

“Compared to developed countries, vocational education in China still has an incomplete system, poor infrastructure at training bases, flawed protocols, low corporate engagement in running vocational schools, a lack of supportive measures for students’ growth, and an uneven faculty competence,” said the Chinese State Council, the chief administrative authority of the People’s Republic of China, in 2019.

“The government meant to send children off to different paths, which would have been fine if the vocational schools were any good,” Liu said.

“I only see it is getting more and more difficult, not better,” Liu said.

Students might choose to study abroad to avoid going to vocational schools, but the three-child policy might hinder that, said Grace Xiaolu Yu, the co-founder of EduLinkUs. This organization helps students apply to American secondary schools.

“Families that send kids abroad are wealthy, but they are not millionaires,” Yu told Zenger News.

However, Yu does not expect the new policy to affect the studying abroad population as much as the pandemic and the increased difficulty to receive a work visa after graduation.

Cost of having a third child

“Most people can afford to raise a second child, but they won’t even have enough room at home for a third one,” Cao said.

Aside from the cost of living, Liu believes there is no way for a person to work and raise three children simultaneously. “Your child gets out of school at 4:30 or 5:30 p.m. When do you get off work? Is it possible for your company to let you leave early?” asked Liu.

Most parents with children under schooling age do not send them to child care centers, which are primarily private.

“The development of early childhood education in China is unbalanced and inadequate regarding its regional and social disparities,” a 2020 report in Durham University states.

Cao recalled an incident when one of her student’s father asked his eldest child about having a third child, and the seven-year-old said: “You don’t even have time for the second child. Now you want me to look after a third?”