Residents of Zbarbar fled their idyllic town as it was turned into a battleground between Algerian forces and Islamist rebels.
By Farid Sait June 5, 2021
Facebook
Twitter
Linkedin
Email 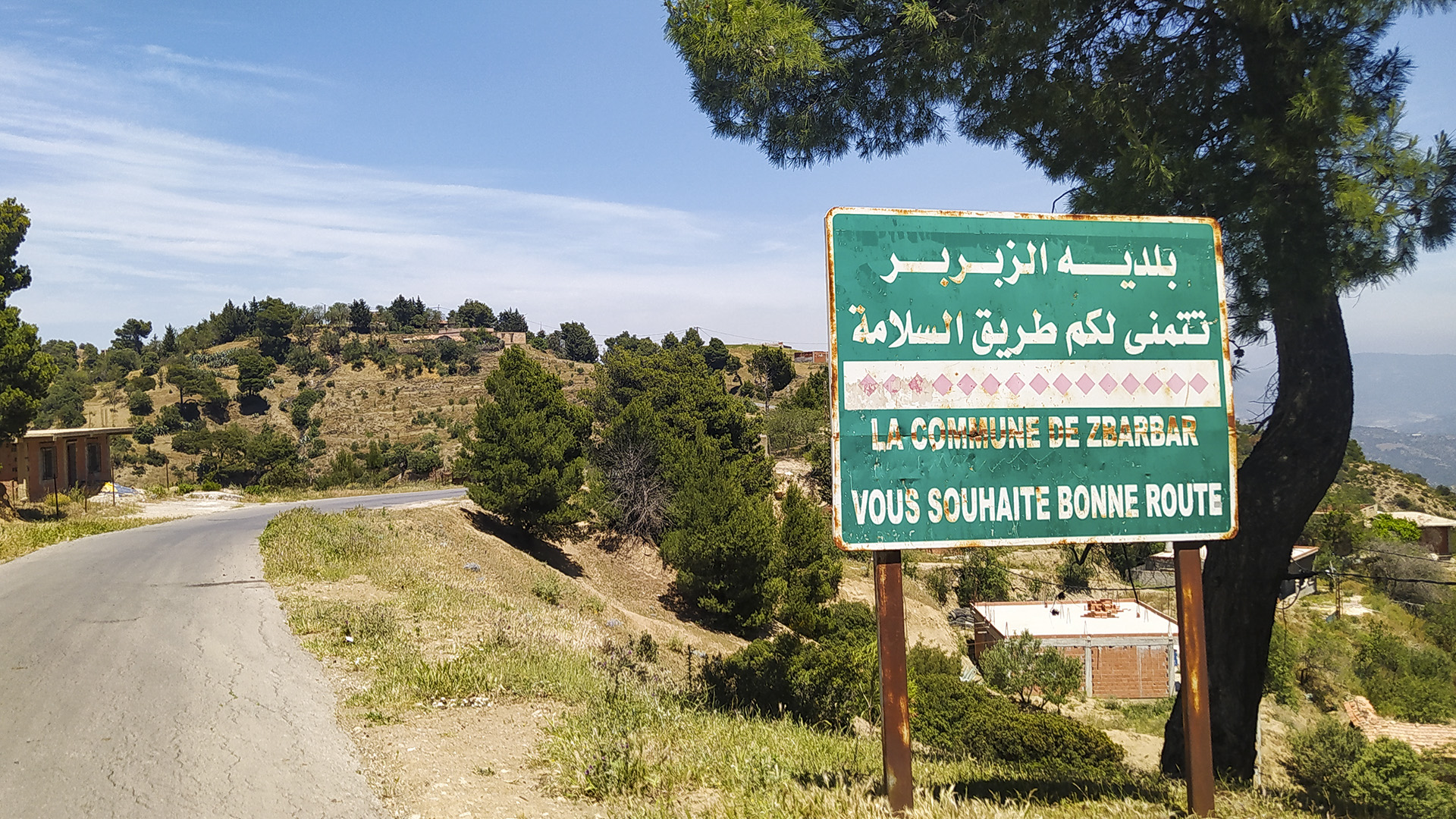 ZBARBAR, Algeria — Zahir Bakhouche, 27, from the Zaâbib village in the Zbarbar commune, in Algeria’s south-east, vividly remembers his father’s tragic attack, kidnap, and murder by a group of more than 30 rebel fighters in February 1996.

“They came on Feb. 20, 1996, heavily armed with Kalashnikov and Semenov rifles, and had wild looks, with their Afghan clothes and long beards,” he told Zenger News.

“They came at sunset to look for my father (Mohamed Bakhouche). They broke down the front door before beating up and torturing my father in front of my two little sisters, my mother and me.”

Ten days later, his father, then 32 years old, was kidnaped by the same group and was found slaughtered and abandoned in a ravine located not far from Zaâbib village. 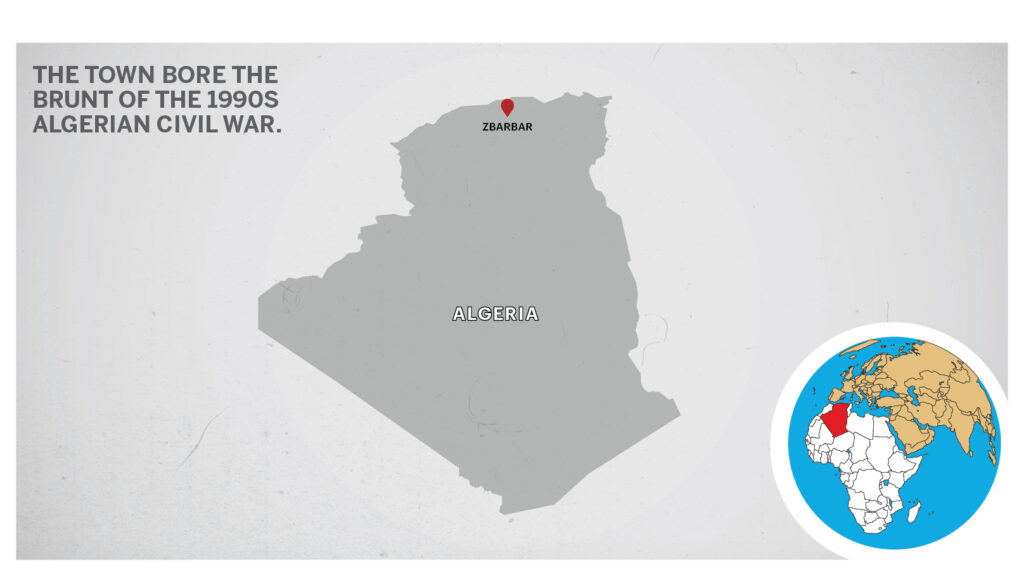 “It was a local shepherd who found his body. He was savagely murdered,” Bakhouche told Zenger News.

Bakhouche’s father was a victim of Algeria’s civil war that broke out in January 1992, after the Algerian government canceled the country’s first multiparty general elections.

After the first round of voting, the military-controlled government annulled the polls, which showed the Islamic Salvation Front was headed for a landslide victory.

Fearing losing power to their opponents who aspired to set up an Islamic republic, the government banned the Islamic Salvation Front and arrested thousands of its members.

Many others went underground to wage a guerrilla campaign against the government.

The violence left between 60,000 and 150,000 people dead, thousands missing, one million displaced, tens of thousands in exile, and more than $20 billion in damage, according to figures given to Zenger News by Said Salhi, vice-president of the Algerian League for the Defense of Human Rights.

Zbarbar, a mountainous, forested commune located in Bouira Province, south-east of Algiers, was the scene of intense battles between the government forces and guerrilla Islamists.

The insurgents initially targeted the army and police, but some groups quickly turned on civilians. The rebels ambushed army convoys and racketeered people in the villages for supplies and support.

Zbarbar, according to testimonies given by its inhabitants to Zenger News, was the first strategic base of the rebel groups, where several underground shelters and cellars were eventually discovered and destroyed by government soldiers.

Zbarbar forest became an ideal training base and hiding place for the insurgents, and the local population bore the brunt of their activities.

Rabah Bourai, 67, bears to this day the legacy of the conflict. He survived an ambush by the fighters at Lahouara, near Ouled Gassem, who intercepted commercial vehicles.

“I was transporting six men who worked in the town of Lakhdaria,” he told Zenger News.

“On our way back to Zbarbar, a group of the fighters ambushed us and killed three people, while three others, including me, managed to escape. I always carry bullet marks on my right hand.”

At the end of 1991, Zbarbar had more than 14,000 inhabitants, according to the town’s mayor, Mohamed Bouttouche.

But as a result of the fighting, its inhabitants, who—before the war—lived in tranquil isolation, surviving on their orchards for food, fled their beloved idyllic village in droves.

“In October 1995, my group and a detachment from the army succeeded in opening the municipal offices, which were destroyed by the rebels in 1993,” former Zbarbar municipal delegate, Ali Bouttouche, told Zenger News.

“It was a suicidal mission, but we managed to reopen the municipal offices for the people of Zbarbar to participate in the presidential elections, which brought Liamine Zeroual to power. At the time, hundreds of rebels ruled as masters in this area. No one dared to access it—neither the army nor the municipal employees.”

However, many of the commune’s residents trickled back home after peace returned gradually from 2000 following several peace negotiations.

The return of calm and peace in the region enabled authorities to launch significant projects, including a new drinking water network, paving roads, constructing schools and health facilities.

The 14 villages in the municipality of Zbarbar will benefit from a special fund announced by the Algerian government in August 2020 to uplift less developed areas.

“The region is known for its poultry and fruit production, and the municipality recently donated 20 hectares to peasant farmers to plant fruit trees,” said Mohamed Bouttouche.

“However, the lack of water for agricultural irrigation in the Koudiat Acerdoune dam discourages farmers. Three communal football stadiums and four playgrounds have been built for youth and children.”

He said a local sports center has also been built but remains closed because of the lack of equipment. But the lack of a good transport network in the municipality remains the biggest challenge to the people of this mountainous area.

Residents complain that the 18-mile journey from Lakhdaria station to Zbarbar through narrow and winding roads is arduous.

“Peace has returned, but movement between regions is still a challenge for us,” Mohamed Badri, 27, from Ouled Gassem.