Month-old Serena delights her fans as she cools off on her first-ever swim.
By Georgina Jadikovskaall June 4, 2021
Facebook
Twitter
Linkedin
Email 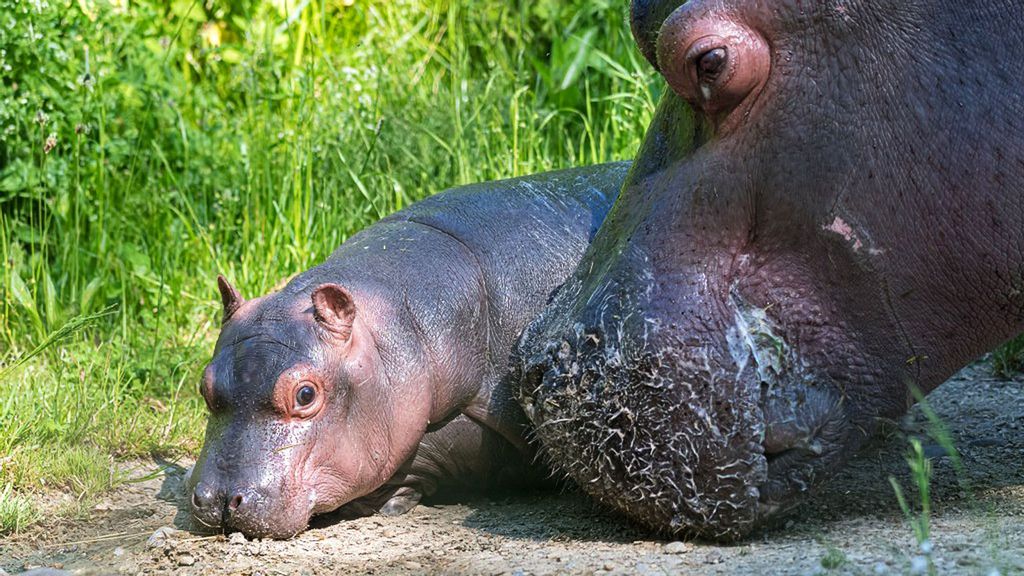 A baby female hippo made her first trip outside her enclosure at Basel Zoo in Switzerland after being born May 3.

Newborn hippo Serena and her mother Helvetia went for a walk and took a swim in the small river in the outdoor area on June 1.

The zoo reported the 29-year-old mother went through the birth without problems and has been taking good care of the calf.

Hippos give birth and suckle their young exclusively in bodies of water, one of the safest places in nature for this species.

Serena’s father, 30-year-old Wilhelm, has not yet met his daughter. Helvetia is protective of her newborn.

Visitors need to be patient if they want to catch a glimpse of the newborn, said the zoo.

The indoor Africa exhibit is still closed, but the small family can be spotted in the outdoor area at certain times of the day.

Hippos (Hippopotamus amphibius), native to sub-Saharan Africa, inhabit rivers, lakes, and mangrove swamps where territorial males preside over a stretch of river and groups of five to 30 females and calves.

The species was widespread in North Africa and Europe during the Eemian and Late Pleistocene periods until about 30,000 years ago. They were even common in Egypt’s Nile region during antiquity, but have since been eradicated.

The last reliable records of hippos in the Nile region are from the early 1800s.

Hippos are listed as ‘vulnerable’ on the IUCN (International Union for Conservation of Nature) Red List of Threatened Species.