The mammal was declared extinct in 1924 but was rediscovered in 1994 in northern Pakistan.
By Saptak Datta June 4, 2021
Facebook
Twitter
Linkedin
Email 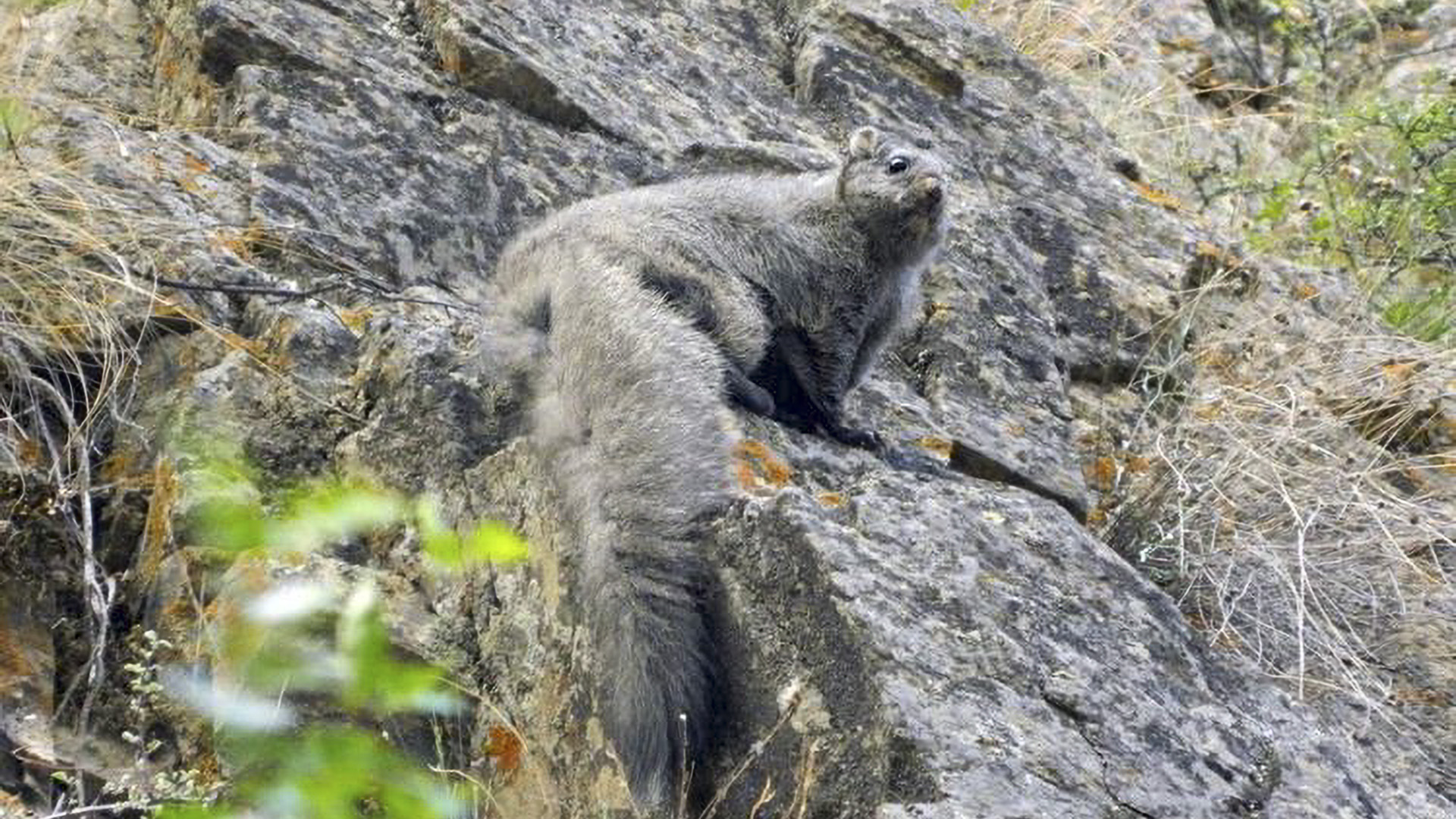 Pakistan Woolly Flying Squirrel. The species was thought to be extinct for much of the 20th century until it was rediscovered in 1994 in northern Pakistan.(Wildlife Conservation Society Pakistan)

KOLKATA, India — Two new species of the woolly flying squirrel, one of the world’s rarest mammals, have been found in the Himalayan mountains by Australian and Chinese scientists.

The species weighs more than 5.5 pounds with a length of up to one meter. Though known to scientists for almost 130 years, one of the largest gliding mammals in the world acquired a scientific name — Eupetaurus cinereus — only in 2021.

“The research to describe the woolly flying squirrels was undertaking by comparing the skins, skulls, and genetics of all available specimens in museums around the world,” Stephen M. Jackson, research associate, Australian Museum Research Institute, told Zenger News. 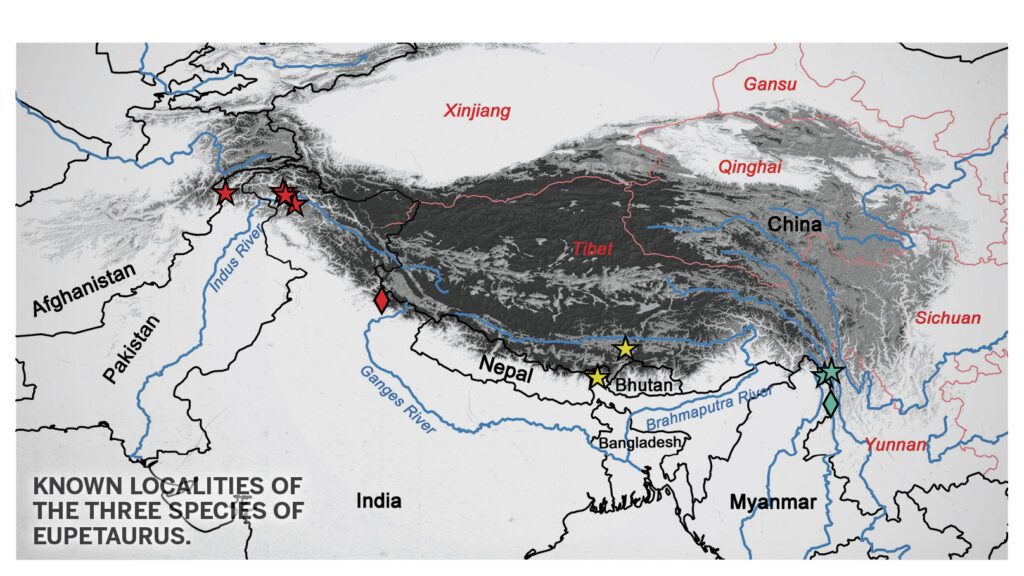 “This involved traveling to Washington D.C., Kolkata, London, and Leiden to access each of the specimens.”

Jackson, the lead author of the research paper, believes this study helps to highlight why museums are so valuable.

“All museum specimens of the woolly flying squirrel and data from field expedition was put in one place for this particular research,” Kristofer Helgen, chief scientist and director of the Australian Museum Research Institute, told Zenger News.

“Specimens not only came in from Pakistan but also from the southern part of Tibetan Plateau, India, and China. The population is sporadically distributed in these four regions.”

“The species is very rare. There are only 28 specimens kept in world museums. Therefore, to compare the DNA and genes, it took a long time for the scientists to give the mammal a scientific name.”

Both the new species are anatomically and genetically different from other squirrels.

“They are huge,” Quan Li, co-author of the study and a scientist from Kunming Institute of Zoology, Chinese Academy of Sciences, told Zenger News.

“The skin on the sides of their bodies extends outward to form a pterygium, which allows them to glide. In addition, they have thick fur, fluffy tails, and high crowned cheek teeth. These are adaptations to the alpine climate and food.”

Populations of woolly flying squirrels had previously been suspected to occur in China, but firm documentation was lacking until this study.

It was thought to be extinct for much of the 20th century until it was rediscovered in 1994 in northern Pakistan.

“In 1973, the Kunming Institute of Zoology staff bought two skins of a woolly flying squirrel from the market in northwestern Yunnan, China,” Li said.

“These two skins were identified as Pakistan Woolly Flying Squirrel. We do not know exactly where they were collected from. We knew nothing about the species until 2014-2016, when documentation through photographs was done.”

He says the Yunnan Woolly Flying Squirrel was discovered in Mount Gaoligong, an intersection of three global biodiversity hotspots: the Himalayas, the mountains of southwest China, and Indo-Burma.

The Tibetan Woolly Flying Squirrel was discovered in Biluo Snow Mountain, in the Tibetan Autonomous Region of China and the Indian state of Sikkim.

Helgen believes all the three species of squirrels live near the tree line, above 2,400 meters elevation. There could be new species that are yet to be discovered because the Himalayas are vast, and only a tiny portion is explored.

“They have highly sharp specialized teeth and feed on pine needles,” Helgen said.

“All flying squirrels are nocturnal in nature; they venture out after the sun sets, unlike tree squirrels. They have relatively larger eyes which allow extra light to enter their retina and helps them navigate at night.”

Helgen believes flying squirrels venture out at night to stay away from predators like hawks and eagles, which lurk during the daytime.

The Pakistan Woolly Flying Squirrel is threatened by habitat loss owing to large-scale clear-cutting of forests, particularly the destruction of high-elevation pine woodlands.

“We know nothing yet about the field information of Tibetan Woolly Flying Squirrel,” Li said.

“Owing to its high-elevation cliff habitat, far away from human settlements, and covered by heavy snow for more than half of the year, Yunnan Woolly Flying Squirrel is probably not heavily affected by human activities. The only known direct threat we documented is poaching for meat by herb collectors who visit the area from June to October.”

He believes this species has a narrow distribution area and low population density, so they are also very vulnerable. The loss of alpine habitats owing to ongoing climate change is a potential threat to the species.

The woolly flying squirrel is marked endangered in the International Union for Conservation of Nature’s Red List. But very little information available on the two new species.

“We are not even aware of their lifespan,” said Helgen.

“There is not a single one in captivity, and they differ a lot from the general squirrels. Generally, the bigger a mammal gets the lifespan increases. However, rodents do not tend to live long. We still have to unlock most of the basic secrets of these squirrels.”

The flying squirrels have a universal distribution throughout the globe.

Different parts of the world have different species of flying squirrels. In India, they can be found in Uttarakhand, Rajasthan, Madhya Pradesh, and northeastern India.

“Previously, the population of flying squirrels was widespread in India, but now there are only patches of them living in certain areas,” Kahkashan Naseem, divisional forest officer, deputy conservator of forest, Mussorie Forest Division, told Zenger News.

She claimed that in several species of squirrels, the anatomy is quite similar to that of birds which helps them glide smoothly through trees.

“They are usually not seen in winters,” said Naseem to Zenger News. “They mostly hibernate during that period.”

In India, the species is included in Schedule II (Part I) of the Indian Wildlife (Protection) Act, 1972.