An American Classic At D-Day: How J.D. Salinger Took ‘Catcher In The Rye’ To War

J.D. Salinger carried a draft of his later-to-be-famous novel with him when he landed on the beach at Normandy.
By Bruce Watson June 4, 2021
Facebook
Twitter
Linkedin
Email 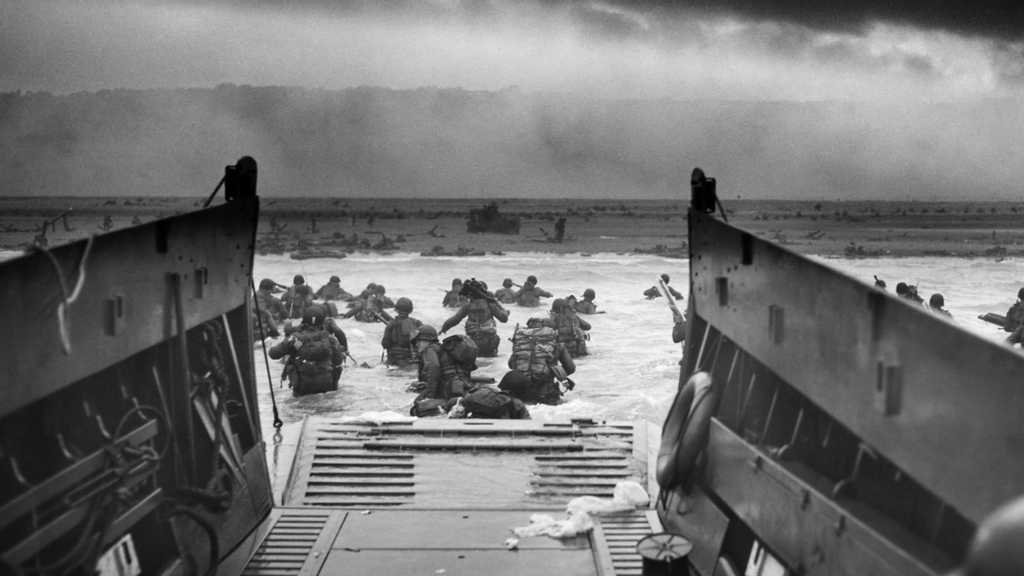 “Catcher in the Rye” On D-Day by Bruce Watson, has been provided by and also appears in  American Heritage magazine (June 2021 edition)

In rain and darkness on June 6, 1944, almost 170,000 men crossed the English Channel to land on the beaches of Normandy. Among the invaders was Sergeant Jerome David Salinger. Along with his rifle and his rations, he carried a collection of stories about a boy named Holden — the first draft of what would become a classic. Here Bruce Watson tells how The Catcher In The Rye, and its author, survived D-Day.

I don’t think I could stand it if I had to go to war. It wouldn’t be so bad if they’d just take you out and shoot you, but you have to stay in the army so g****** long.  —The Catcher in the Rye

June 6, 1944 — Four thousand landing craft bob just off the beaches of Normandy. At dawn, soldiers pour into the shallow surf. Each carries up to 100 pounds of equipment. M-1 rifle. Ten-pocket ammo belt, pistol, small shovel, pick, first aid pouch, canteen, gas mask… Some soldiers carry books, but one carries his own book, draft chapters of a novel that will soon speak to a generation.

If you really want to know the truth about it, the first thing you’ll want to know is where I was born, and what my lousy childhood was like…

Soldiers in the Fourth Infantry Division called Sergeant Salinger “Jerry.” Tall, lean, and handsome, with a Park Avenue upbringing, he seemed too delicate for war. Many in the invasion force assembling in England heard him typing, typing away in the barracks, but he rarely talked about writing. With his fingernails tobacco stained, his nails bitten to the quick, Jerry seemed just a regular guy, kinder than most sergeants, but ready to fight.

In the week before the D-Day, Salinger’s division was kept on a troopship in Devon, waiting. Rumors flew. Tomorrow would be the day. No, the next day. The next… Rain was relentless. Then on the night of June 5, soldiers were given a steak dinner and told to sleep. Few did. In the early morning darkness, the armada carrying 156,000 men cut loose from the English coast and streamed into the darkness toward France.

A dozen miles from the beaches of Normandy, engines stopped. Landing craft fell silent. Troops could hear artillery booming. Men pitched in the waves, some vomiting, others praying. No one knows what Sergeant Salinger was thinking. He rarely spoke of it later.

I’m not going to tell you my whole damn autobiography or anything. I’ll just tell you about this madman stuff that happened to me around last Christmas just before I got pretty run-down and had to come out here and take it easy…

Salinger was supposed to be in the first wave, but plans changed. He landed in the second wave ten minutes later. The change probably saved his life. Waves soon sent his craft a mile south of its destination. Salinger and Holden landed in a calm sector of Utah Beach and were soon moving inland. But the battle had just begun.

Back in New York, Salinger had drifted after high school. Living in his parents’ Park Avenue apartment, he took writing classes at Columbia and pinned his hopes on The New Yorker. Other magazines — Collier’s, The Saturday Evening Post — published his work, but The New Yorker rejected story after story. Then in October 1941, the magazine accepted “Slight Rebellion off Madison.”

The story, Salinger said, was “a sad little comedy about a prep school boy on Christmas vacation.” Written in third person, it sketches a lost kid named Holden, home from vacation, taking his old girlfriend Sally Hayes out for a drink. The story was to be published in December but after Pearl Harbor, editors considered it too frivolous for a nation at war. Publication was postponed. Salinger was devastated. Later, in “Raise High the Roof Beam, Carpenters,” he wrote, “I think I’ll hate 1942 till I die, just on general principles.”

Months later, after The New Yorker rejected more stories, Salinger was drafted. He took his Holden stories with him overseas where he hoped to craft them into a novel. But the novel would have to wait.

Between D-Day and the end of the war, Sergeant Salinger carried Holden through some of the fiercest fighting of World War II. Pushing the Germans back, clearing villages in hand-to-hand combat, marching past dead bodies, Salinger held tightly to his novel and to his sanity.

“You never really get the smell of burned flesh out of your nose entirely, no matter how long you live,” he told his daughter.

On August 25, 1944, Salinger marched onto the Champs-Élysées with troops liberating Paris. Hearing that Hemingway was in the joyous city, he hopped in a Jeep and sped to the Hotel Ritz. There he drank with the fabled author and showed him his most recent story in The Saturday Evening Post. Then the Fourth Infantry marched.

Salinger then fought in the Battle of the Bulge, crossed into Germany, into more carnage, finally helping to liberate the concentration camp at Buchenwald.

In December 1945, Collier’s published “I’m Crazy,” and the world met Holden Caulfield. The following December, The New Yorker finally published “Slight Rebellion off Madison.” Within two years, Salinger stories were appearing regularly in the magazine. And in July 1951, the chapters that had come in a haversack across Utah Beach, into Paris, and through the fiercest fighting of the war burst onto the literary world.

I keep picturing all these little kids playing some game in this big field of rye and all… I’m standing on the edge of some crazy cliff. What I have to do, I have to catch everybody if they start to go over the cliff — I mean if they’re running, and they don’t look where they’re going I have to come out from somewhere and catch them.

That’s all I do all day. I’d just be the catcher in the rye.

Bruce Watson is an American writer and historian who has authored six books and numerous articles. You can read more of his writing at his website, The Attic.  Look for more stories like this presented in collaboration with publishing partner, American Heritage and Zenger News.