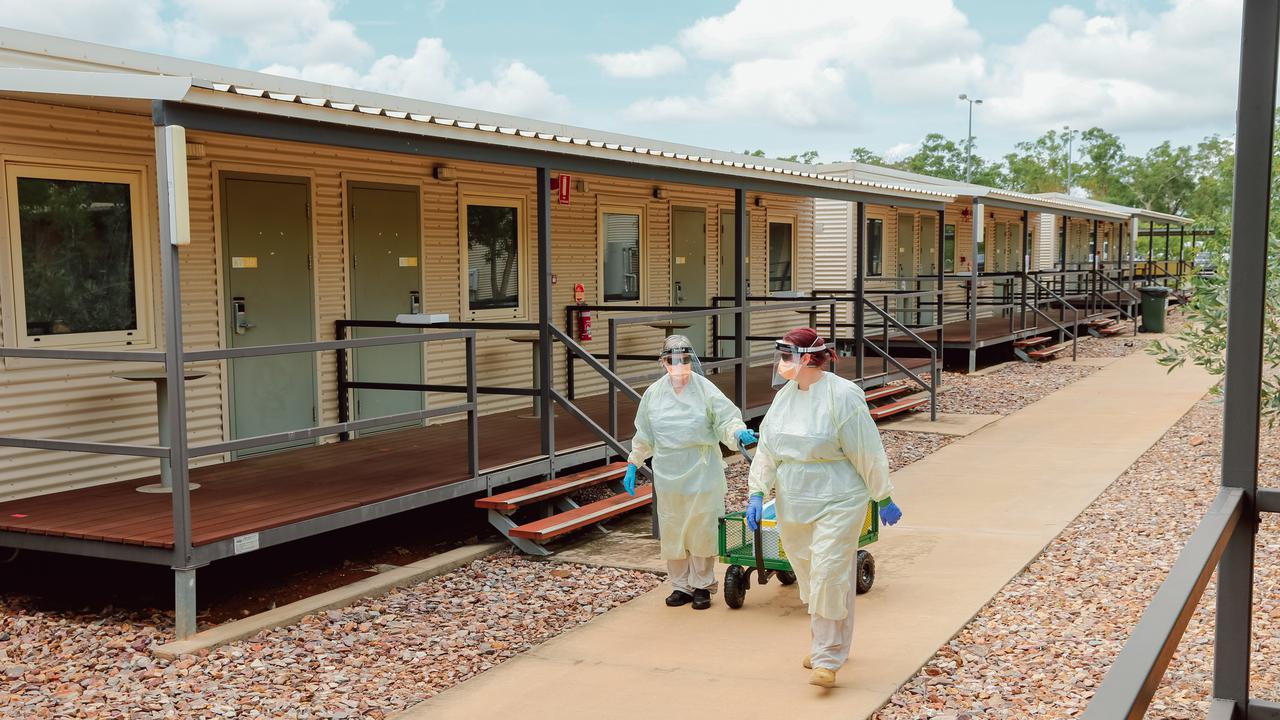 The Howard Springs quarantine facility is still not ready to take an expanded number of returnees. (Glenn Campbell/AAP Image)

In early March, Prime Minister Scott Morrison said that The National Centre for Resilience would expand to accept 2,000 returned Australians a fortnight, up from 850.

Work to upgrade the facility and recruit extra workers started in April with hopes the center would reach its new maximum capacity by late May or June.

But on June 4, the Northern Territory government confirmed just over 1000 people were quarantining at Howard Springs, and staff numbers had not reached the planned 400 workers required to enable this. 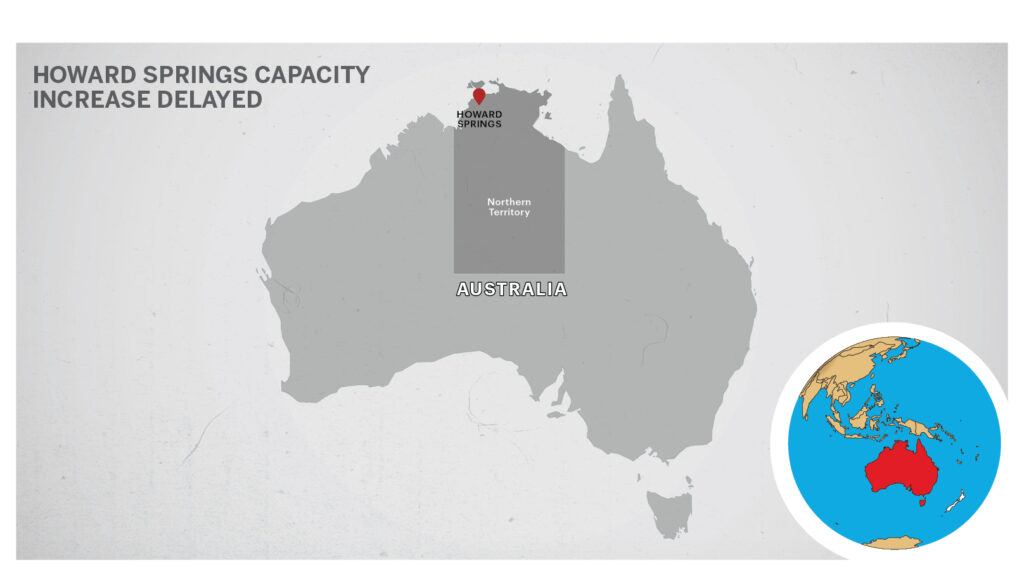 “We have received over 3,000 registrations of interest for health and operational staff … and are continuing to work through these to recruit additional staff as we scale up our capabilities,” a Northern Territory government said in a statement.

About 80 percent or 320 of the required 400 staff have been recruited, the statement said.

But not all are ready to work, with over 30 expected to start training sessions next week.

Tens of thousands of Australians remain trapped overseas amid the ongoing coronavirus crisis, with many registered for federal government assistance to fly home.

Howard Springs was supposed to help increase their return, but many of the current cohorts in the center are domestic travelers.

They’ve arrived in the Northern Territory from Victoria, which remains in lockdown as a virus outbreak climbs to 65.

Northern Territory also launched a mobile check-in application that tracks the visitors in the Territory.

On June 3, almost 4 million check-ins have been recorded six months on since The Territory Check In app was launched.

The app was introduced in November 2020 to add an extra layer of protection to the Territory as border restrictions eased across the country.

The month of May saw the highest number of check-ins on record, with Territorians and visitors scanning into venues more than 856,000 times.

“I thank businesses and the community for adapting so well to the evolving environment — they are all playing their part in ensuring the community remains safe.

“Similar systems interstate have aided in important contact tracing, and this is why early information is so important,” Natasha Fyles said in a statement.

“Our hospitality and tourism sectors and seeing an influx of welcome visitors this dry season, and we have implemented measures like The Territory Check-In to ensure that Territorians stay in jobs and continue trading.

“Businesses are reminded to display their QR codes inaccessible locations for patrons, and we thank them for their ongoing support.”

Tough Nut: Nurse With A Mugger’s Bullet In His Brain For 10 Years

Coping With Covid In The Saddle Of A Therapeutic Horse

VIDEO: Some-Fin Fishy About This Dolphin

Pipelines A Pipe Dream? Keystone XL Cancellation Is A Story Of Transition

Picture of the Day