States are using lotteries and other incentives to push the undecided into getting a COVID vaccine. 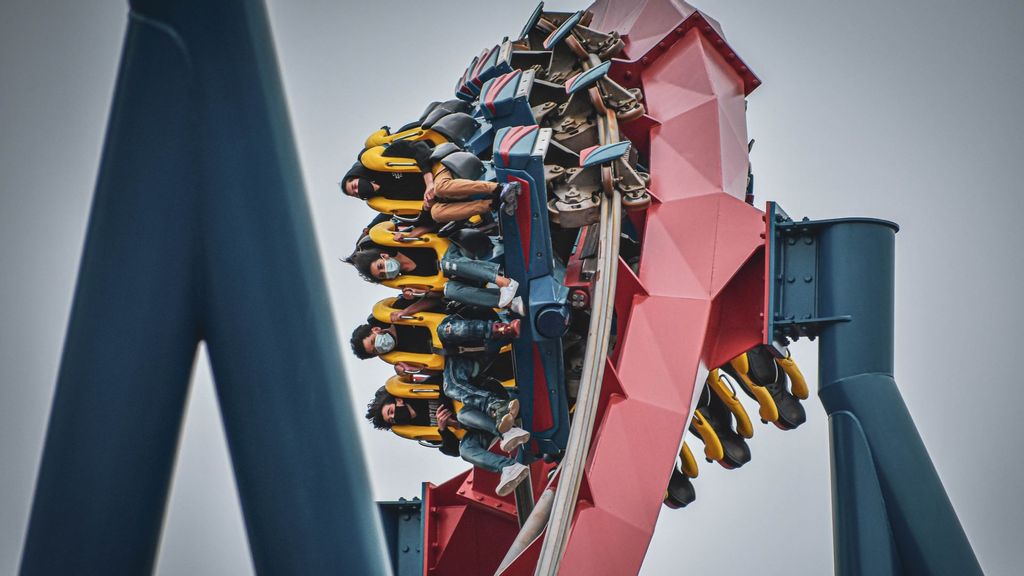 With cash lotteries, baseball tickets, free shotguns and Six Flag tickets, U.S. states are getting creative with incentives for people to get vaccinated against COVID-19. (Zachariah Aussi/Unsplash)

West Virginians can win one of five hunting rifles, or a customized truck.

There’s $16.5 million in cash on the table in California, Yankees tickets in New York and college tuition in Ohio.

Alabamians can win two laps around the Talladega Superspeedway, and there are 50,000 Six Flags tickets for offer in Illinois.

Welcome to states’ efforts to persuade millions of Americans to get the COVID vaccine, a cross between Mega Millions and a mass inoculation campaign — but one that is raising questions over whether it is genuinely increasing uptake of the injections.

With cash lotteries, baseball tickets, free shotguns and Six Flag tickets, U.S. states are getting creative with incentives for people to get vaccinated against COVID-19.

To help reach President Joseph R. Biden Jr’s goal of administering at least one dose of a coronavirus vaccine to 70 percent of adults in the U.S. by July 4, governor after governor has unveiled programs to entice unvaccinated residents to get a jab.

Most common has been the cash prize, with some states setting up million-dollar lotteries for the vaccinated, and others giving out smaller rewards on-the-spot.

California, for instance, is offering 10 lottery winners $1.5 million and 30 others $50,000 for getting a dose. Similarly, Ohio’s Republican governor, Mike DeWine, launched a weekly drawing in which residents who have received at least one COVID-19 vaccine dose can win a $1 million cash payout.

West Virginia, meanwhile, is offering $100 gift cards or savings bonds — and even shotguns and “custom hunting rifles,” for those looking to mark the occasion.

Others have come up with more creative rewards.

Alabama is offering the chance to take two laps around the Talladega Superspeedway. Illinois is giving out 50,000 tickets to Six Flags to anyone who has been vaccinated. With the weather warming up, vaccinated residents in Maine qualify for free hunting and fishing licenses, as well as passes to state parks.

Delaware, meanwhile, is offering full-ride scholarships to Delaware University, or tickets to its Firefly festival and free toll-road usage. New York State, on the other hand, is offering weekly subway passes and tickets to Mets and Yankees games.

But not everyone’s getting in on the fun.

While some health experts say the rewards could be effective in convincing undecided Americans to get a shot, some have questioned the necessity and ethics of the programs — and even whether they will convince the unconvinced.

“We’re dealing with a situation where, by-and-large, the people who want to receive the vaccine have received the vaccine,” Ed Haislmaier, a Heritage Foundation senior research fellow, told Zenger News.

“From a public health perspective, this is unnecessary,” he said, calling the incentive programs “solutions in search of problems.”

Others say the benefits of the programs are to be found on the margins.

The incentives could help sway the decision of the approximately 5 percent of U.S. adults who are still on the fence about getting a shot — and that could make all the difference in the end, according to Cato Institute senior fellow Scott Lincicome.

“The limited polling data that we have and the limited uptake data seems to indicate that financial incentives work for a small but significant portion of people who are still hesitant to get vaccinated,” Lincicome told Zenger News.

“A decent chunk has basically said that the two things that would maybe push them over the edge are a financial incentive or just making it very easy to get.”

Lincicome said the question was never whether a 100-percent vaccination rate was possible. Instead, even small percentage-point increases help, with each person who gets vaccinated reducing the chance of those around them becoming infected.

“We don’t need zero COVID, we just need something that’s essentially an annoyance,” he said. “And that’s why this kind of last few percentage points of adults is important because you can see we’re getting there.”

So far, the sparse early data has shown upticks in vaccinations after the incentive programs were introduced. Ohio, for instance, saw a 55 percent increase in shots among those aged between 20 and 49 years old since unveiling lotteries last month, on the heels of a slow-down in the national vaccination rate in April and May.

More than half of American adults have been fully vaccinated against the coronavirus, according to data from the Centers for Disease Control and Prevention. Nearly 63 percent have received at least one dose. Including those under the age of 18 year, about 40 percent of the total U.S. population has been fully vaccinated and about 50 percent have received a single dose.

Because increasing those numbers is in the best interest of states looking to fully reopen their economies, incentivizing vaccination is a good use of taxpayer funds, Lincicome said.

“The key is to assume a baseline of state action,” he said. “These states are going to spend money trying to get people vaccinated, whether it’s through ad campaigns or whatever. And so taking a chunk of that money and instead of putting up another poster about vaccination, they actually just hand people 100 bucks — probably the $100 is a better use for that cash.”

“This isn’t really about spending new money. This money has already been budgeted, and they’re going to spend it. The question is how should they in order to actually convince people to get vaccinated.”

For many, the incentive programs were indeed convincing. Ohio resident and Amazon delivery driver Jonathan Carlyle said he was driven to get vaccinated after his state’s Vax-A-Million lottery was announced. This week, he was selected to win the $1 million prize.

Congratulations, Jonathan! You just won a million dollars! Thank you for getting vaccinated! pic.twitter.com/EalWPMBagX

“It’s overwhelming. I don’t know what to do. I’m still dreaming. I’ve got a lot of bills to pay, so that’s the first thing that’s going to happen,” Carlyle said in a local television interview.

Likewise, Maryland woman Deidre Poore Eagan was ecstatic when she learned she was the winner of a $40,000 reward for getting vaccinated.

“I hope that it inspires people who haven’t done it yet,” she said.

Some groups, though, have voiced concerns about the ethics of dangling cash in front of Americans whose finances suffered during pandemic lockdowns.

“To a person whose economic prospects have been destroyed in this economy, having to forgo the chance of a $1 million payoff in order to exercise choice is coercive,” Jane Orient, the executive director of the conservative Association of American Physicians and Surgeons, said in a statement last month.

“Moreover, risks are not being fully disclosed, and no provision is made to compensate the person for potential permanent disability,” she wrote.

While studies have shown there is no link between vaccines and disabilities like autism, the group opposes most government intervention in the health industry and has also likened vaccination drives to “human experimentation.”

Orient told Zenger she believed states should think about their liability if the vaccines they are encouraging people to get turn out to cause harm in the future.

“These jabs are experimental,” Orient said. “Every thinking person needs to ask why people need to be bribed to accept a free product that is ‘ninety-plus percent’ effective in preventing death and rampant disease.”

For Cato’s Lincicome, though, the incentive programs are “still better than the alternative”: the introduction of “vaccine passports or restrictions or whatever.”

In the end, the pandemic will only be defeated by driving up immunity in the population — and if that means lotteries and gift cards, so be it, he said.

“Giving people cash is a far better way to go,” he said.