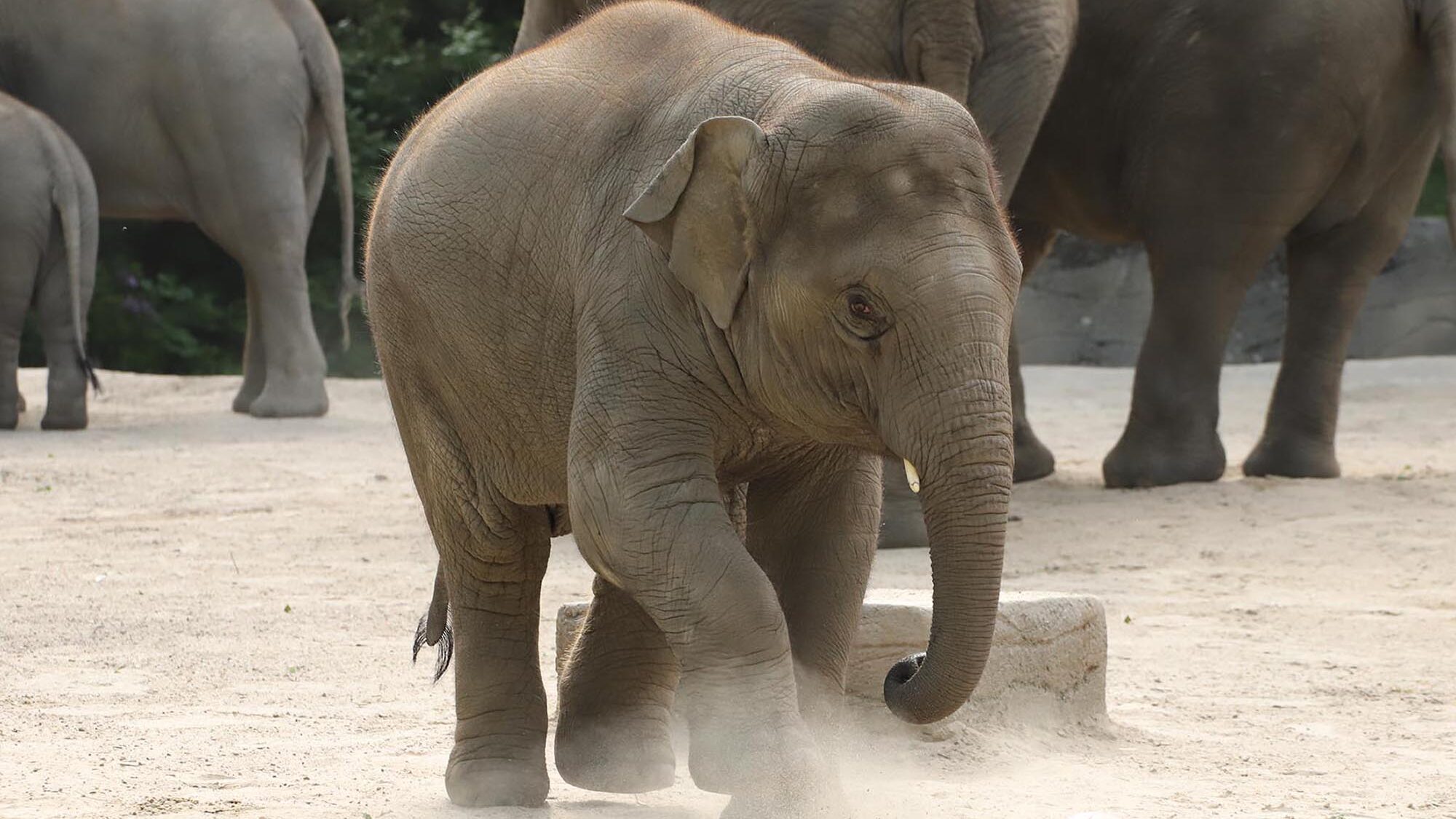 A 42-year-old elephant at Hagenbeck Zoo has been selected to try to predict team results at the UEFA European Championship this month.

Yashoda, the oldest elephant at the Hamburg, Germany, zoo, was chosen to predict outcomes of the German national team. She will make the “predictions” a day before the game by sniffing and picking [what could turn out to be] the winning flag out of a box. If she pulls both flags at the same time, the expected result would be a draw.

“Our female elephant Yashoda is predestined for the predictions,” animal keeper Michael Schmidt said. “She is a real team player, enjoys the game and, at 42 years of age, is wise enough to be able to make a well-founded decision about the outcome of Germany’s games.”

“Football training is a welcomed changed for the elephants,” Dirk Albrecht, the zoo’s managing director, said. “You can see how much fun they’re having.”