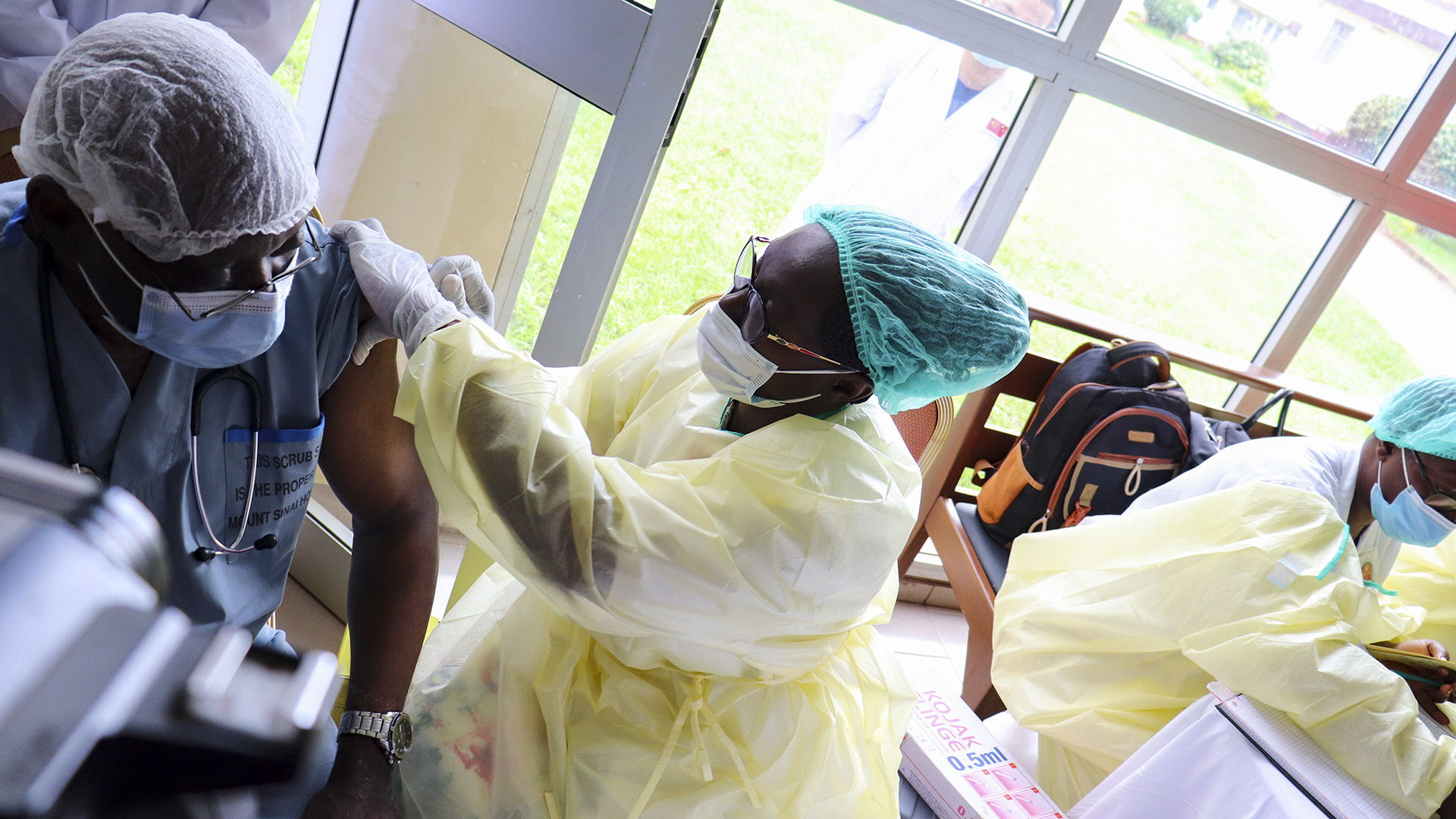 YAOUNDÉ, Cameroon — Cameroonian officials could have misappropriated and mismanaged part of $382 million Covid-19 funds, according to a recent audit report commissioned by the country’s president, Paul Biya.

Biya ordered the audit into the management of Covid-19 funds, a precondition to receiving more funds from the International Monetary Fund (IMF).

On March 29, Ferdinand Ngoh Ngoh, Minister of State, Secretary-General at the Presidency of the Republic, wrote to the Supreme State Control and Audit conveying Biya’s orders into the audit.

“I have the honor of passing on to you the high directives of the Head of State, instructing you to expedite the Covid-19 funds’ audit mission, whose report would facilitate the conclusion of a new economic and financial program with the IMF,” he wrote.

Through its Rapid Credit Facility, the IMF disbursed on May 2, 2020, and later October 21, 2020, $382 million to weather the economic effects of the Covid-19 pandemic, among other donations.

The report reveals about 30 irregularities in the management of Covid-19 funds, observed across 24 ministries.

In what could be the biggest misappropriation scandal in years, the report notes that the government treasury lost FCFA 14 billion ($26million) due to the irregularities.

At the forefront of the fight against Covid-19, the Ministry of Public Health, under minister Manaouda Malachie, received $84 million out of the $382 million in the Covid-19 special fund.

It purchased Covid-19 test kits from the firm at $32, yet the government could have bought them at $6 through The Global Fund to fight AIDS, tuberculosis, and malaria, the report says.

Mediline Medical Cameroon SA also won a contract to purchase eight medical ambulances worth $820,479, but they were yet to be delivered as of December 31, 2020, according to the recent audit report.

The audit report followed an investigation by the non-governmental organization Data Cameroon, which found that donor funds to the Covid-19 special fund did not match the records of the ministry of health.

Many people died in front of hospitals for lack of space, while calls to the 1510 toll-free number had no immediate response. Ambulances were few, and doctors were dying.

“An elderly senator colleague died in Yaoundé because there was no oxygen to administer on him,” Henry Kemende, a senator from the Social Democratic Front party, the main opposition party, told Zenger News.

“You can’t imagine that basics like oxygen are lacking, but we hear the huge sums mismanaged. The funds would have gone to prevent people from dying, to rush them to treatment centers. Imagine ambulances were bought on paper but were not supplied, hotel bills for quarantined patients were not paid, whereas there were funds to handle these cases until they got well.”

Malachie has denied wrongdoing and told the auditors that he acted on instructions from “above”.

“The minister has indicated that while investigations have not been finalized, he reserves the right to remain silent,” a close aide of Malachie, Claver NKeng, told Zenger News.

Following the scandal, Nancy Saiboh, an anti-corruption activist and the chief executive officer of Follow The Money Cameroon, told Zenger News: “Our experience with the tracking of Covid-19 funds has revealed a deeply rooted systemic profiteering culture, especially in an environment that lacks accountability and civic engagement.”

Irregularities were also noted at the Ministry of Scientific Research and Innovation in the importation of inputs for the production of chloroquine.

The medication was produced in India yet branded “Made in Cameroon”.

Jean-Michel Nintcheu, who initiated the questioning of the health minister in the National Assembly on the management of the Covid-19 funds, said, “the ministers of health and scientific research should resign.”

This is not the first embezzlement scandal to rock Cameroon’s health sector—embezzlement of HIV/AIDS and malaria funds landed former health minister Urbain Olanguena Awono in jail in 2008.

Awono, who is serving a 20-year sentence, terms his prosecution political.

The Special Crimes Court is an institution charged with the responsibility to hear and determine matters related to the misappropriation of government funds above FCFA 50 billion ($93 million).

However, Sadi said the government officials mentioned adversely in the report are presumed innocent until proven guilty, and the public and the media should not condemn them.

“Government officials involved in the management of Covid-19 funds should not be thrown to street justice when they have not been proven guilty in the law court”, Sadi said in a statement read by the state media.

“Action will therefore be taken only when the courts must have proven government officials guilty.”