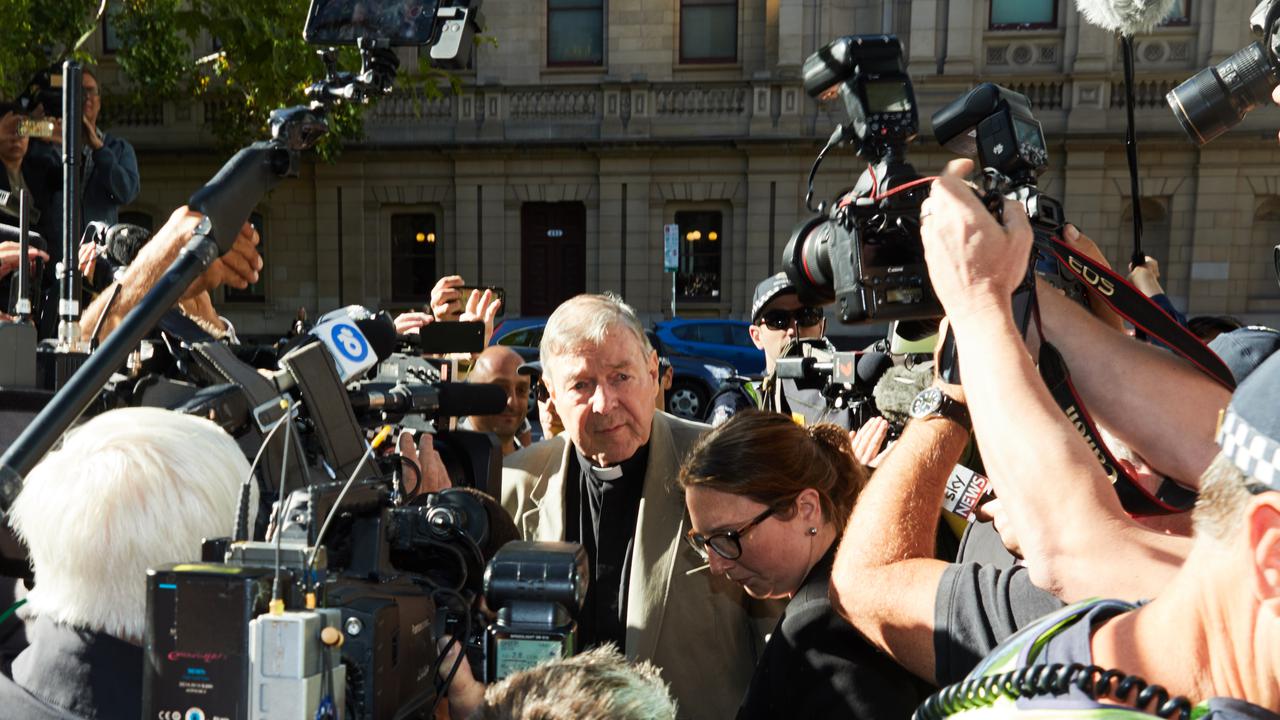 MELBOURNE, Australia — Media companies who published details of Cardinal George Pell’s child sexual abuse convictions while they were still suppressed will learn how much of a financial hit they’ll take as a result.

A dozen media companies pleaded guilty to breaching a suppression order which banned the publication of Cardinal Pell’s conviction in December 2018.

His conviction, overturned last year by the High Court, could not legally be reported in Australia until the order was lifted in February 2019.

But several newspapers and websites published details referencing a guilty verdict in a high-profile Australian’s trial.

What started out as more than 100 charges against organizations and individuals was whittled down to just 21 charges in February this year, when 12 corporations pleaded guilty to breaching the order made by County Courts Chief Judge Peter Kidd.

Supreme Court Justice John Dixon will hand down an additional financial penalty in a sentencing hearing on the morning of June 4.

Justice Dixon has convicted and sentenced 12 news media organizations (‘media respondents’), who pleaded guilty to 21 charges of contempt of court for reporting information derived from the ‘cathedral trial’ of Cardinal George Pell in December 2018, contrary to a proceeding suppression order.

He further found that the media respondents frustrated the suppression order, as they diminished its purpose or efficacy by reporting information contrary to the terms of the order.

In doing so, the media respondents usurped the function of the court in protecting the proper administration of justice and took it upon themselves to determine where the balance ought to lie between Pell’s right to a fair second trial (on separate charges) by an impartial jury, and the public’s right to know what happened in the cathedral trial.

He had also called on representatives of the media companies to apologize for face-to-face to Judge Kidd.

“It’s not much of an apology if he just has to read it in the paper,” he said.

Lawyers were to arrange a separate hearing to make their apologies, but an apology letter to the judge — which was accepted — was viewed as better use of everyone’s time during a pandemic that has caused major delays throughout the justice system.

Will Houghton QC, representing News Corp publications, said in a pre-sentence hearing that there were mitigating factors, including that editorial staff had made a considered decision, albeit the wrong one.

The no-risk option of publishing nothing was “not a fair or realistic yardstick,” he said.

Matt Collins, for Nine and Mamamia, claims that the case was unique in that it was the first time a report was said to have the potential to prejudice a future hearing without having named the accused or their charges.