A child of Durango, Mexico, she forged her iron road to U.S. success with determination. 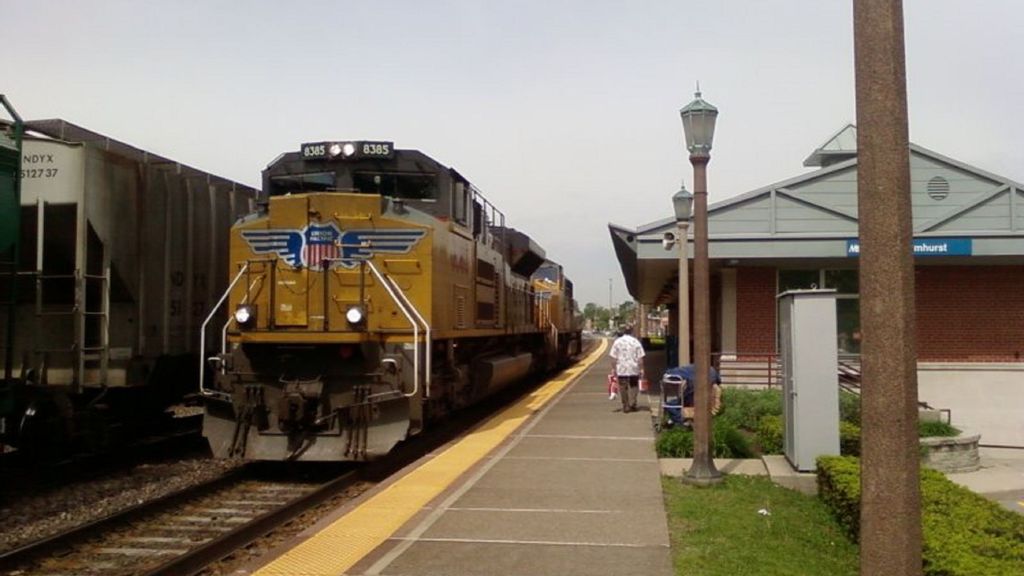 Fixing and rebuilding locomotives, Adela Ortega is determined to push the train of life with all her strength, overcoming obstacles on the road to success.

She founded Professional Locomotive Services, Inc. (PLS) in East Chicago in 1996. But her entrepreneurial journey was a tough ride.

“During the first year, I brought the baby with me to feed him. But I also had to do many other things at the same time,” she said.

Ortega began operating PLS as an all-purpose exec: She was an engineer, salesperson, manager, marketer, accountant and strategist, as well as a single mother.

Ortega graduated with a degree in business administration and accounting from DePaul University, where she also studied law. She later traveled to Europe to train in finance, marketing and management.

Her passion for locomotives arises

After her divorce, Ortega left a comfortable job in downtown Chicago and moved to Naperville, where a company in the railroad industry hired her.

“It leased rail cars to Mexican companies, such as Cemex. Later, I started selling locomotive batteries, and one day, my boss asked me if I was interested in selling locomotives. My heart was ringing! But I couldn’t sell something I didn’t know about,” she said.

From that moment, Ortega dived into the world of locomotives. She first learned about the market: who buys or sells locomotives in America. She spent hours studying the business at a time when the Internet did not exist. The day she was finally in front of the iron monster, she fell at its feet.

“It was like love at first sight. I remember the moment … when I first heard the engine running. At that moment, I saw my future. So I said to myself, ‘I have to make one of these,’” she said.

When one door closes, another one opens

Three years later, when the passion for locomotives was already running through Ortega’s veins, the Naperville company got rid of the locomotive sales department. It seemed like the next professional challenge. Ortega discovered an opportunity to start her own company, taking advantage of her client portfolio and industry knowledge.

Her preparation and connections were vital to making it work. She is still amazed at the first results of a company that started with a mechanic, an electrician and a single customer.

Today, PLS has 22 workers. However, in busy times, it has employed up to 30. The company has approximately $5 million in annual sales.

Perhaps the key to Ortega’s success has to do with her upbringing. She grew up in a family of nine siblings, living in the small town of Durango, Mexico.

“I was born in an adobe house, with only two rooms, where I lived for nine years. I do not remember being with my father during those years. He lived in the United States and sent money to my mother.”

“In those years, I was happy. I enjoyed school, nature, the rain.”

At that moment, the family decided to reunite.

“My mother was 25. We were then seven brothers. We crossed the border with gifts in hand, telling the immigration officer we were going for a party … Four decades later, the party is still not over,” she said.

Ortega arrived in Chicago in September. Soon, the biting cold and the green leafless trees saddened her. She missed the landscape in Durango. As a child, she used to ask her parents when they were going to return. “But we never went back,” she said.

Ortega found refuge in her studies. Her efforts brought her good grades, and she entered the University of Illinois at Chicago. Ortega later began studying at DePaul. Today, she rebuilds, repairs and maintains locomotives all across the country.

Ortega has never stopped dreaming: “My dream is to design, build and sell new locomotives. I have had the opportunity to join investors, but I feel prepared. I’m able to do it on my own.”

When someone asks Adela Ortega what a locomotive means to her, she answers without hesitation: “Power!”  She is not driven by money but by opportunity, a determined Latina steaming ahead at full throttle.