VIDEO: Is That A Cardy-Davidson? Teen Sculptor Creates Life-Size Motorcycles From Cardboard

Bike-mad fan’s creations have turned him into a social-media star. 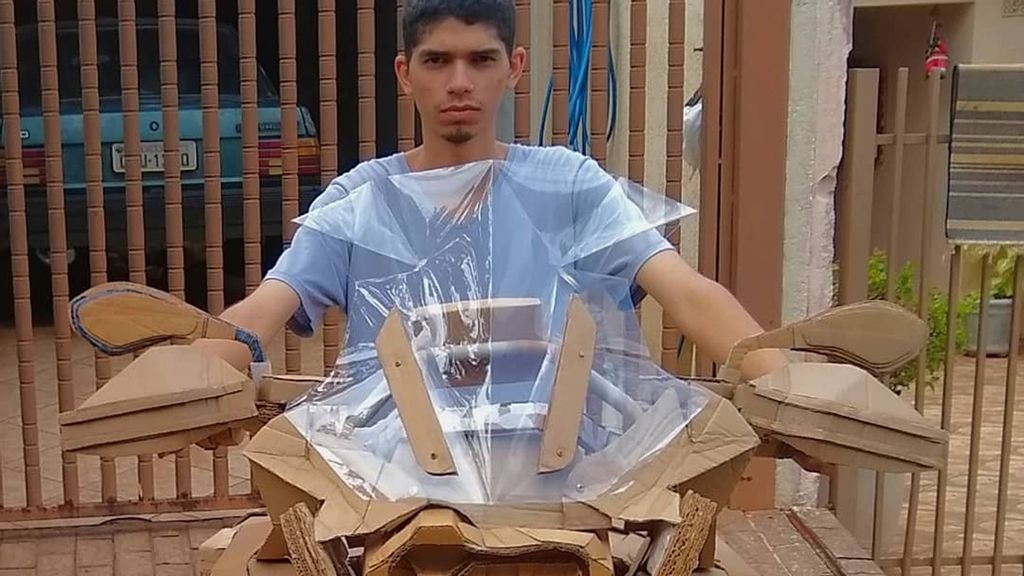 Goncalves, 19, makes replicas of real-life cycles at his home in Sao Jose do Rio Preto, Brazil.

“I’ve always found it easy to do that kind of thing: build, assemble, draw, etc.,” he says. “When I was little, I saw a video of a guy who made a Porsche at home, so I always wanted to make a car, too.”

By last year, Goncalves gained an online following for his original image editing.

“That’s when I thought: Why not assemble a motorcycle? It seemed crazy, but I needed to start this project.

Henry used to paint houses with his dad. However, these days, he gets his income solely from his popular YouTube videos on his Robertahornet channel, which has 169,000 subscribers.

“I always wanted to become popular with something. This was not my first attempt. I remember in 2014, I posted my first video on YouTube, and since then, I’ve never stopped trying. I’ve had several channels, on several subjects, but they seemed to always going wrong in some way, until I finally found the one that worked for me.”

Henry fashions his motorcyclereplicas from cardboard, PVC pipe and screws.

Given trial and error, Goncalves said it took him 10 months to build his first motorcycle, a Honda Hornet. But his next effort went much faster, even though the construction was more complicated.

“The second bike was the one from the video that went viral, the [BMW] R1200. It took four months to make. If we compare, the 1200 is much more difficult than the Hornet, but with the 1200, I already had a certain amount of experience, so it was easier to do.”

Goncalves admits he was always a car guy.

“Since I was a kid, I’ve always liked cars. I was hugely influenced by the Fast and Furious movies and the Need For Speed video games.

“For a long time, the appeal of bikes never made much sense to me. But that changed when a friend of my father’s arrived with a Hornet. At that moment, I couldn’t believe what I was seeing. I said to myself: I have to have one of these.”

As for the future, Goncalves wants to keep his present fame in perspective, and also build something even more ambitious than two-wheelers.

“I know I’m never going to be up there forever, so it’s important to bond with people who like you and don’t abandon you in the future,” he said of the first point.

As for the second, he’d like to tackle creating a cardboard house.