VIDEO: I Can Bear-ly Believe It: Rescued Circus Bear Wakes Up In Her Snowy Winter Wonderland

Liberated from life in a cage, the bear emerges from her first hibernation in freedom.
By Georgina Jadikovskaall June 3, 2021
Facebook
Twitter
Linkedin
Email 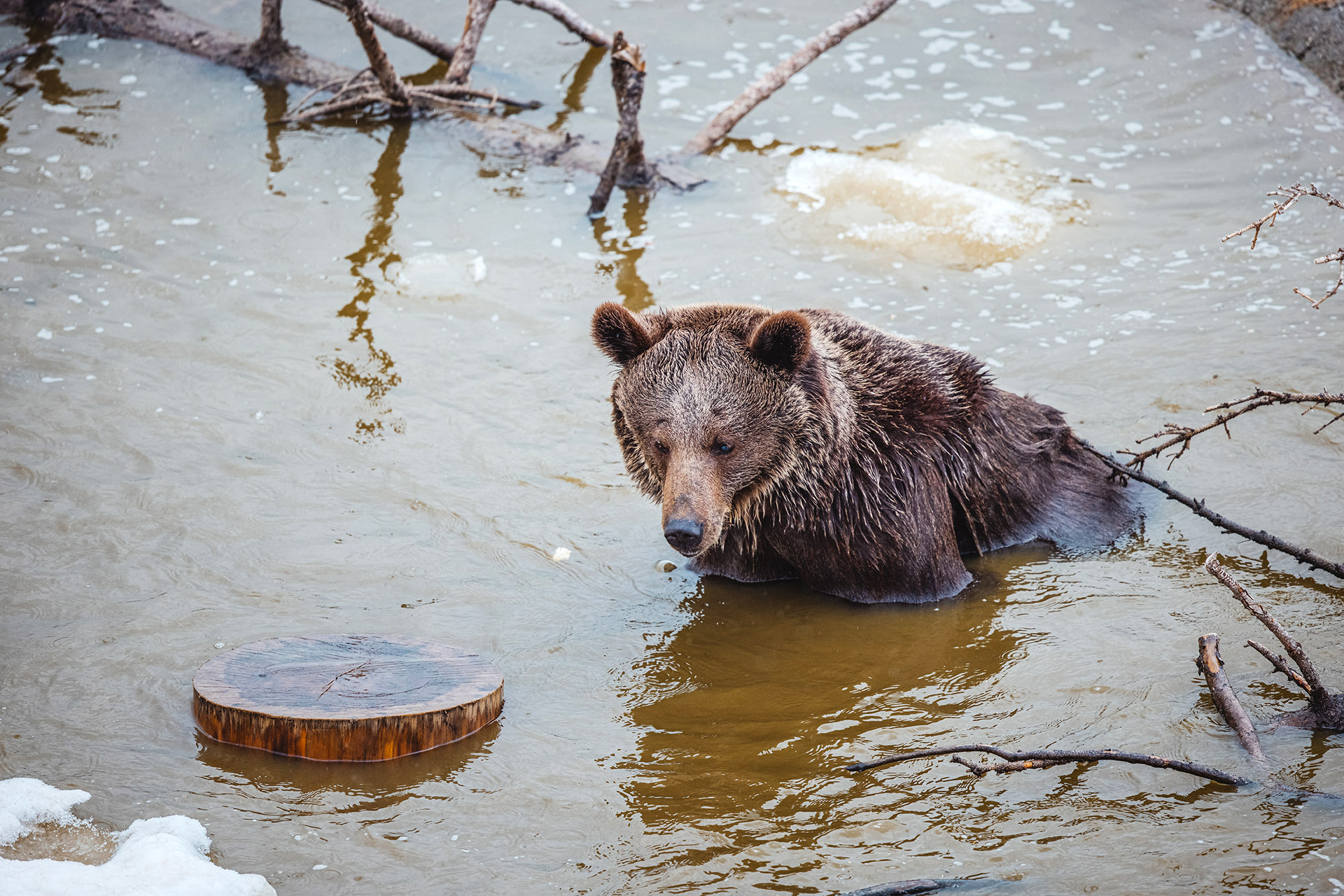 A bear that had spent most of her life in a cage and was forced to perform for a circus woke up from her first hibernation in her new home, an Alpine paradise.

Twelve-year-old Jambolina was rescued by animal-rights organization Four Paws, whose staff collected her from the Ukraine and transported her 1,500 miles to the Arosa Bear Sanctuary in Switzerland.

After years of performing for crowds, Jambolina was nervous and scared when she arrived at the sanctuary. “On May 29, Jambolina explored her large outdoor area for the first time,” according to the organization.

“Over the past few weeks, Jambolina was able to observe the outdoor enclosure at Arosa Bear Sanctuary from indoors. From there, she could also see fellow rescued bears Meimo and Amelia spending time outside,” the sanctuary posted on its website.

“Finally, Jambolina was ready to explore the spacious area with its streams, ponds and trees as well. During this time, Meimo and Amelia were in another part of the enclosure. Jambolina was initially reserved and only proceeded outside cautiously.”

“We expected this behavior, and it is completely natural,” said the sanctuary’s scientific director, Hans Schmid. “Skepticism is an important survival strategy for animals and humans.”

After a few hesitant steps and sniffing around her outdoor environment, Jambolina headed toward the pond and spent some time in the water.

The animal keepers describe Jambolina as brave and clever.

Since the keepers are not fully familiar with the bear’s history, they intend to closely monitor her development.

Alexandra Mandoki, Four Paws country manager in Switzerland, said: “Moments like this give me goosebumps, and it’s just incredibly beautiful to see how we can give the bears a new life.”

Jambolina’s owners in the Ukraine could no longer afford to keep her after the COVID-19 lockdown canceled all public performances of the circus. This provided the rescue opportunity for Four Paws.