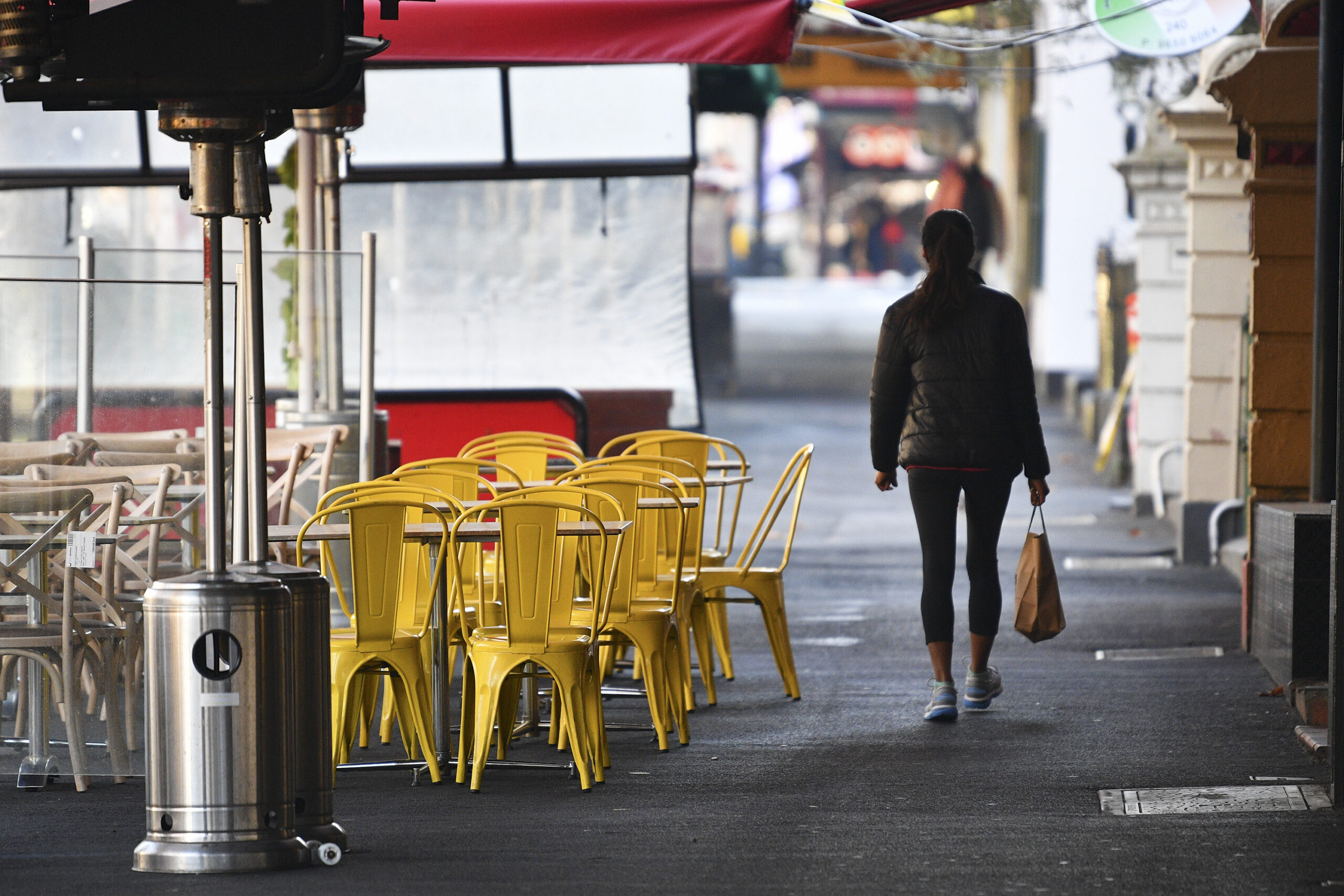 Restaurant furniture is seen left outside of a business along Lygon Street in Melbourne, June 3, 2021. (James Ross/AAP Image)

MELBOURNE, Australia — New figures for retail spending and international trade will show how the economy is shaping up in Australia after recording another solid performance in the first three months of 2021.

The latest national accounts released on June 2 showed the economy grew 1.8 percent in the March quarter and is now 1.1 percent larger than a year earlier, meaning it has now fully recovered to pre-pandemic levels.

“The Australian economy continues its strong recovery from the biggest economic shock since the Great Depression,” Treasurer Josh Frydenberg said in Canberra.

But he warned Australians not to be complacent, with the Covid-19 lockdown in Victoria a reminder the global economy remains in a pandemic. 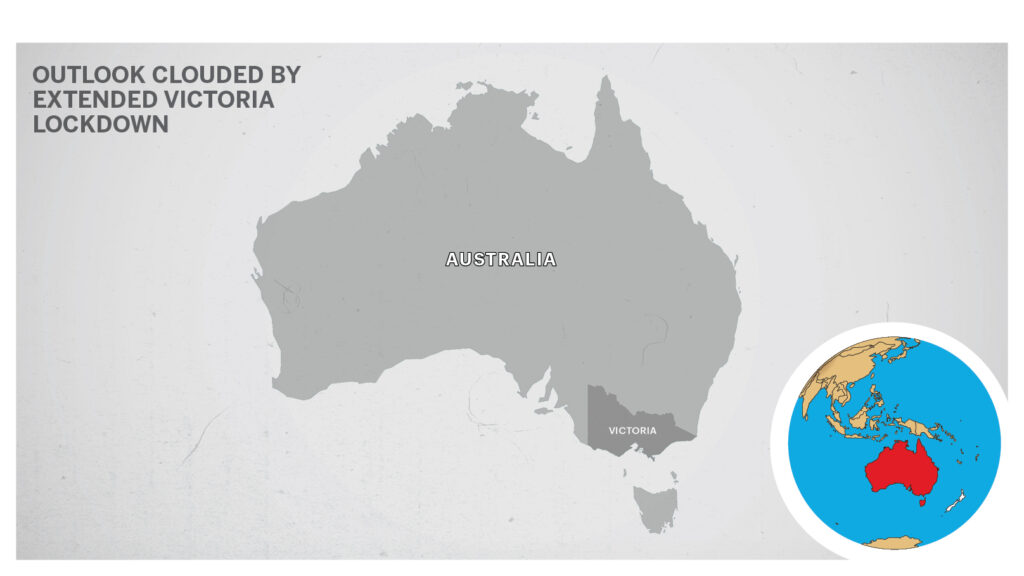 James Merlino, Premier of Victoria, has shared the restrictions to be followed on his official Twitter handle. “Statement from the Acting Premier on restrictions,” read the tweet along with a picture listing out details regarding the restrictions.

Data is expected to be upbeat on June 3 but precedes Victoria’s week-long lockdown, which has now been extended for another seven days.

Addressing a Senate hearing on the evening of June 2, Reserve Bank deputy governor Guy Debelle claimed that recent three-day lockdowns around the country had had little impact on the overall economy.

“We will just have to wait and see. It is clearly longer than three days, but given it’s been one weekend, it’s too early to tell,” he said.

Addressing senators earlier this week, Treasury Secretary Steven Kennedy claims his department had previously forecast such a lockdown would cost the economy AU$100 million ($77.32 million) per day, so at the lower end of that range.

The head of the Ai Group in Victoria, Tom Piper, said the continued lockdown is a big blow to many businesses.

“The ongoing uncertainty for business is ‘where to from here?’,” Piper said.

“We just don’t know how long this lockdown will last and how and when we can resume the path to sustained recovery.”

Data from the Australian Bureau of Statistics on June 3 includes retail spending data for April, which economists expect to be in line with the earlier preliminary result of a 1.1 percent increase.