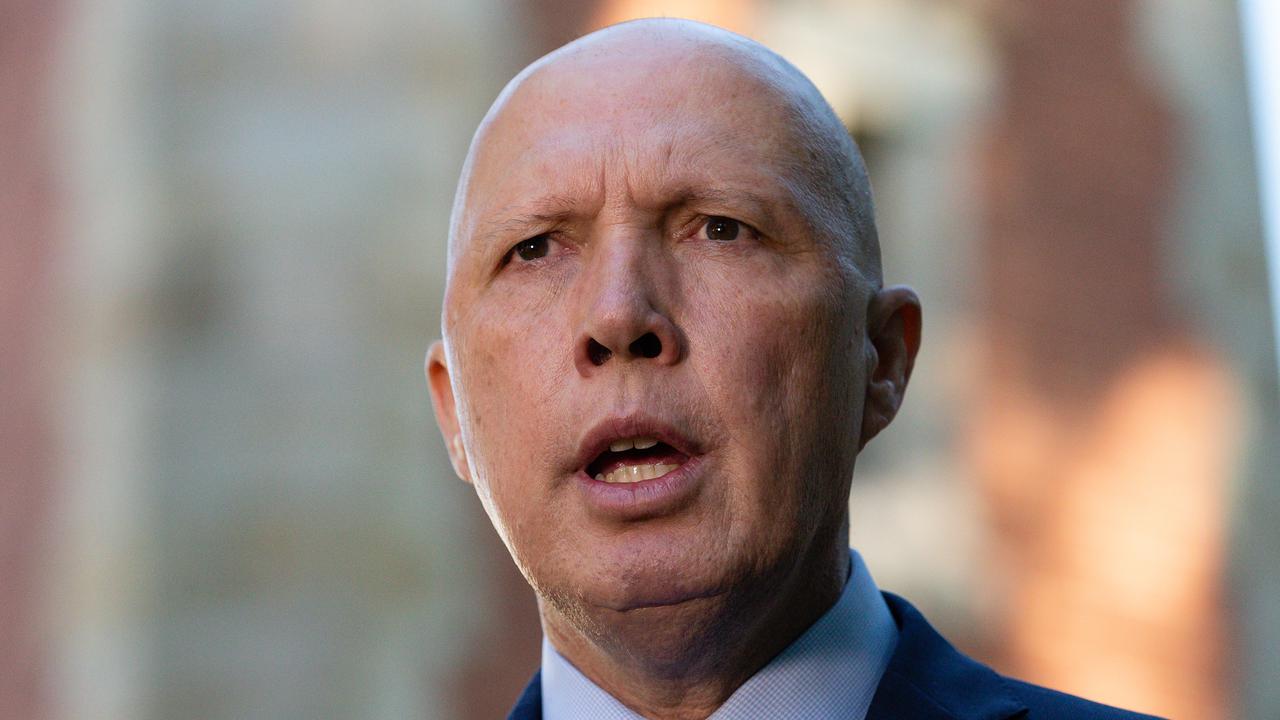 SYDNEY — A refugee activist says he honestly believes Peter Dutton is a rape apologist but denies the statement is defamatory.

Shortly before midnight one night in February, Shane Bazzi tweeted “Peter Dutton is a rape apologist.”

Now he’s fending off a lawsuit by claiming the accusation was not defamatory.

Dutton, the former home affairs minister now at the reins of the defense portfolio, made good on his threat to sue internet critics in April.

He lodged a defamation action in the Federal Court against Bazzi, claiming the tweet suggested he condones and excuses rape.

Bazzi’s defense, filed with the court on June 4, says the tweet was not defamatory and doesn’t convey those imputations.

Bazzi tweeted “One of the most powerful men in the country, Peter Dutton, is suing me for defamation. I need your support. If you have the means, please donate to my legal fund and share this far and wide. Any support is greatly appreciated.”

But if that fails, he will argue that it’s his honest opinion that Dutton does condone or excuse rape.

Along with the “rape apologist” claim, Bazzi’s tweet included a link to a 2019 Guardian Australia article reporting comments by Dutton that women refugees were “trying it on” by making claims they had been raped.

Dutton told a news channel that female refugees held on Nauru were claiming they needed to come to Australia for an abortion following rape but changing their minds when they arrived.

“You could question whether people needed medical attention,” he said at the time.

Bazzi will argue that the opinion in his tweet was based on that interview, as well as other public comments Dutton has made about refugees sent to Nauru.

Dutton drew criticism when he said in February that he wasn’t provided with the “‘she-said, he-said'” details of the allegations in a briefing from the Australian Federal Police about the alleged sexual assault.

Bazzi’s defense refers to a 2016 decision of the Federal Court that found Dutton failed to exercise reasonable care for a woman who was raped while unconscious in Nauru.

It also includes a quote from Dutton on a radio channel in 2016 that he had been made aware of “false allegations of sexual assault” that asylum seekers had made to reach Australia.

The activist says that he was expressing an opinion on important matters of public interest, including the issue of sexual violence against Australian women and the issue of the treatment of female refugees who make rape allegations while detained in offshore detention centers.

The conduct of a federal cabinet minister in relation to his responses to those important public issues is in itself a matter of public interest, the defense states.

But he will not attempt to argue that the allegation is true.

Dutton was in the immigration portfolio from 2014 and became the first home affairs minister when the portfolio was created in 2017.

He was sworn in as defense minister in March.

Dutton’s statement of claim alleges that the tweet exposed him to hatred, ridicule and contempt. His character and reputation were “gravely injured”, it says.

Shoebridge tweeted “If you are able to help out with the defense, this is how. We have got AU$121k already from thousands of generous supporters and are almost at the AU$150k target for the legal defense fund.”