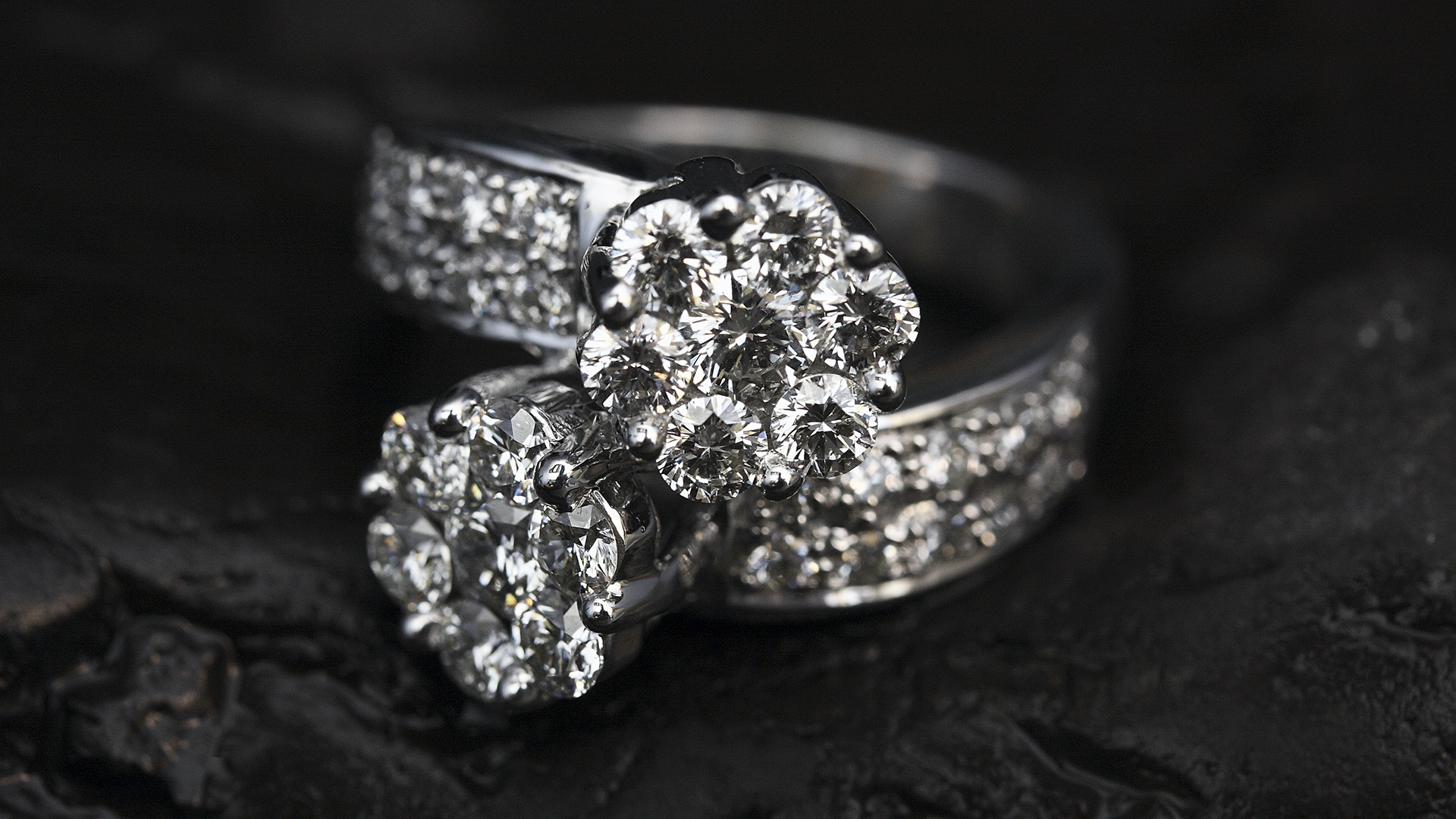 PANNA, India — 27-year-old Kabir Shrivas decided to try his luck in diamond mining in 2020. So, he traveled 400 kilometers (249 miles) from Bhopal to Panna, the largest diamond-producing region in India’s central state of Madhya Pradesh.

A year and lots of uncovered losses later, he is yet to get lucky.

“I had heard of diamond mining in Panna and decided to lease a mine to find diamonds,” Shrivas told Zenger News.

“I invested hundreds of thousands of rupees in this task — from paying laborers to buying water for cleaning pebbles. I am still waiting for the day when luck would be on my side. I found a tiny diamond of 0.97 cents, which is hardly worth anything.” 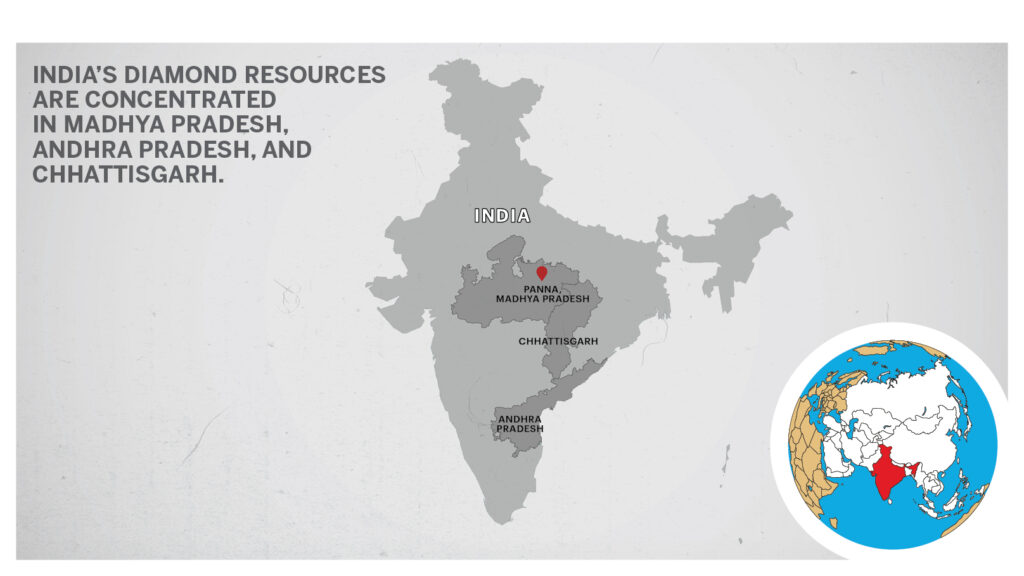 While diamonds are forever, their reserve in the earth’s bosom is not. The depleting resources, the environmental impact, and the poor working conditions of mineworkers are making global jewelry brands shift to lab-grown diamonds.

Pandora, a jewelry brand headquartered in Copenhagen, Denmark, recently said it would only use lab-grown diamonds, citing environmental and ethical concerns.

“They are a testament to our ongoing and ambitious sustainability agenda. Diamonds are not only forever, but for everyone.”

Tristan LeCardinal, a jeweler in the house of Place Vendôme, France, believes lab-grown diamonds and mined diamonds will co-exist.

“While lab-grown diamonds are not mined from the earth, a lot of energy is used for their production,” LeCardinal told Zenger News.

“Many companies defend themselves by saying they use electricity from clean sources, but even this clean energy that could be used in essential things is ‘wasted’ in the production of lab-grown diamonds. But there is a growing consciousness for ecological concerns. Therefore, it is likely that the demand [of lab-grown diamonds] will increase.”

“But natural diamonds will never disappear from the market,” said LeCardinal.

Indian jewelers yet to make the shift

Lab-grown diamonds have started luring customers to the idea of cruelty-free jewelry in India for the past 2-3 years. The import of lab-grown diamonds in India increased by 157 percent in 2019-20 compared to 2018-19, as per a December 2020 report of India’s Gem & Jewellery Export Promotion Council.

However, big Indian brands are yet to test the waters in this segment.

“As far as I know, none of the big jewelry brands have started using lab-grown diamonds,” Vikas Kataria, director of JP Jewellers in Madhya Pradesh, told Zenger News.

“We are not using lab-made diamonds as the customers want natural diamonds. In case there is a demand for lab-grown diamonds, we may think about it.”

But things are changing

However, some upcoming brands focusing on millennials have embraced the growing trends in the ethical jewelry market.

“There is no specific trend visible in India, but more and more people are shifting towards lab-grown diamonds for the sole reason of them being ethical,” Mansi Shah, marketing executive, Syndiora, told Zenger News.

“Brands are educating them about lab-grown diamonds. In India, many companies are taking this trend ahead.”

The concerns related to the environment and unethical labor practices that companies cite can be seen in India — the only producer of diamonds for 3,000 years before the diamond mines of South Africa and Brazil were found.

In India, the National Mineral Development Corporation (NMDC) is the only government-run producer of diamonds in the Panna region.

In the past few years, India’s diamond mining industry has started facing losses. Not only small mine owners, but even the NMDC is facing losses.

The NMDC incurred losses of INR 27.16 crore in the year 2016-17, as large reserves of mined diamonds remained unsold, according to an audit report of the Comptroller and Auditor General of India.

“The average production cost of diamonds remained higher than the net realizable value during all these years,” the audit report on ‘Operational Performance of NMDC’ tabled in Parliament in 2019 states.

Diamond resources in the South Asian nation are concentrated in Madhya Pradesh, Andhra Pradesh, and Chhattisgarh.

Madhya Pradesh makes 90.10 percent of the diamond reserve in India. Andhra Pradesh and Chhattisgarh make up about 5.10 percent and 4.10 percent, respectively, according to the Indian Bureau of Mines.

Some reserve of diamonds, many believe, lies in the interiors of  Panna Tiger Reserve. It is a protected area, and the forest department has forbidden any mining activity as it may pose a threat to the tiger habitat and population.

Diamond mining disrupts flora and fauna of the mined area and leads to scarcity of resources like water. For the same reason, the NMDC mine in Panna was given a notice by the state’s forest department to phase out operations by the end of 2020.

But Madhya Pradesh Chief Minister Shivraj Singh Chouhan intervened in January 2021 and assured that the mines would not be shut as it employs many locals.

Another major diamond mining project in the Bunder region, in the Chhatarpur district, 60 kilometers (37 miles) away from Panna, is in the pipeline.

An area of 364 hectares is in the protected forest and will be diverted for mining operations and allied activities. This has led to several concerns by environmentalists.

Ajay Dubey, a Bhopal-based environmental and wildlife activist, says that a green audit in Panna is needed to analyze the damage caused due to mining.

“After Chouhan, who heads the state wildlife board, declared that the NMDC mining operations would continue in Panna, it [the renewal of NMDC mine in Panna] was also given clearance by the standing committee of the National Wildlife Board,” he told Zenger News.

“Now it is waiting for the environmental clearance under the Environment Protection Act. I hope that the mining does not disrupt the Panna Tiger Reserve.”

“Profit is not just measured in terms of commercial gain, but also through the wealth of biodiversity.”

A social media campaign against the Bunder Diamond Mining project on Twitter and Facebook #savebuxwahaforest has been launched to prevent the felling of 215,000 trees.

Although anyone can lease a government-designated area for mining at a price as low as INR 200 ($2.72) per year in India, the cost of operation is high. The site has water scarcity, and that’s one resource used in abundance for diamond mining. A declining groundwater level trend at a rate of 0.10 to 0.20 meters per year has been observed in Panna in the past 10 years, as per Ground Water Yearbook 2019-20.

Though authorities keep strict vigil, illegal mines — ones people start without paying the lease amount — are not rare in Panna.

Laborers — often unaware if the mines they are working for are legal — dig in, sweating in the scorching sun to stay alive. The per-day wage is meager — INR 120 ($1.64) per basket of pebbles dug and washed.

Panna-based activist Chhatrasal Patel, who works for the welfare of the villagers and tribal people, says that many women in Panna are anemic, and children are malnourished.

Around 68.2 percent of children under the age of five in the Panna district are anemic, 42 percent are stunted, and 24 percent are wasted, a sign of malnutrition. The percentage of women with anemia between the age of 15 and 49 is 48.7 percent, according to the last National Family Health Survey.

“They only eat a frugal meal at night, which is not enough to provide them with proper nutrition. They are often unable to cook for their children, who stay hungry.”

Gulab Adivasi has been working in a diamond mine in Krishna Kalyanpur, in the Panna district, for a year now.

She told Zenger News that the locals either work in diamond mines or collect wood and sell, getting them meager incomes. Food is scarce, too, she says.

“I had a mine on a lease with two other partners,” Adivasi told Zenger News. “But losses were so high that I stopped the lease and started working as a laborer.”

As per the rule, the finder has to notify the government, which auctions the diamond and charges 33 percent royalty, so Adivasi ended up getting INR 178,650 ($2,450) for the find.

“I used that for my daughter’s wedding. That was the last time I found a diamond.”

Shrivas, meanwhile, is waiting for the lockdown to get over to resume looking for diamonds.

“Now that I have invested so much time, energy, and money in this project, I wish to see it through.”