100,000 Dreams To Travel Around The World And Outer Space

Huge international work of art will incorporate the dreams and wishes of people across the globe. 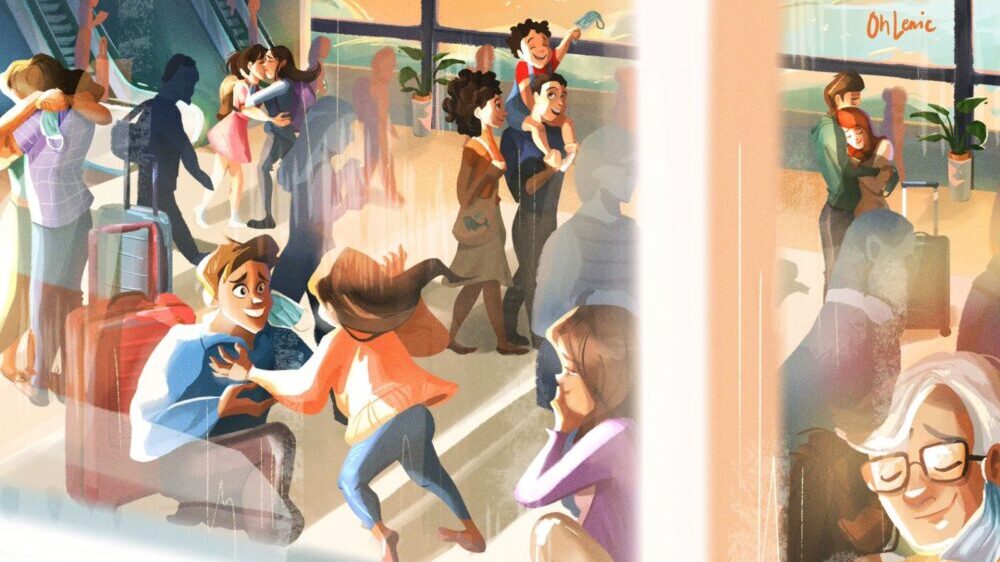 Maya's dream for the world by Danielle Llemos. (Courtesy of Dreame)

Later this year, 100,000 dreams of people from all over the world will be projected in multiple locations across the globe and even reach outer space.

How? By being incorporated into a huge international work of art that will travel across the globe and aboard Axiom Space’s AX1 mission.

The artwork is being created by Dreame, a collective of artists that translates people’s dreams into commissioned works of art.

Its Big Dream project took off in 2017 when it created a work of art based on the dreams of residents of Jerusalem and Tel Aviv and then spliced it and printed it on 1,500 yoga mats that were then used in Tel Aviv’s Rabin Square.

This year’s Big Dream is set to be displayed on Sept. 21 at the Tower of David in Jerusalem, the Old Royal Naval College in London, the Leopold Museum in Vienna, St. George’s Castle in Lisbon, a national heritage site in India and the ZAZ10TS gallery in Times Square in New York City.

In early 2022, it will board the AX1 mission with Eytan Stibbe, the second Israeli set to travel to space, where it will make its way alongside him to the International Space Station.

“As people around the world continue to face challenges such as the Covid-19 pandemic, I am inviting everyone to dream with us as we work together to make our planet whole and beautiful,” said Sharonna Karni Cohen, co-founder and CEO of Dreame.

“In a time where so many of us are seeing boxes on video calls, our phones, and our windows — The Big Dream invites us to think outside of the box — to bring the collective subconscious to its greatest heights. Join us and let’s dream of a better world together.”

You can participate in the initiative by answering a few questions on Dreame’s website.

First, you’ll be asked to imagine where you will be in 10 years’ time in a utopian world.

Next, describe your dream for the world, either by text or by sending in an image. Then the system asks for your name and location, and you can also give your email if you want a copy of the final artwork.

100,000 dreams to travel around the world and outer space appeared first on ISRAEL21c.