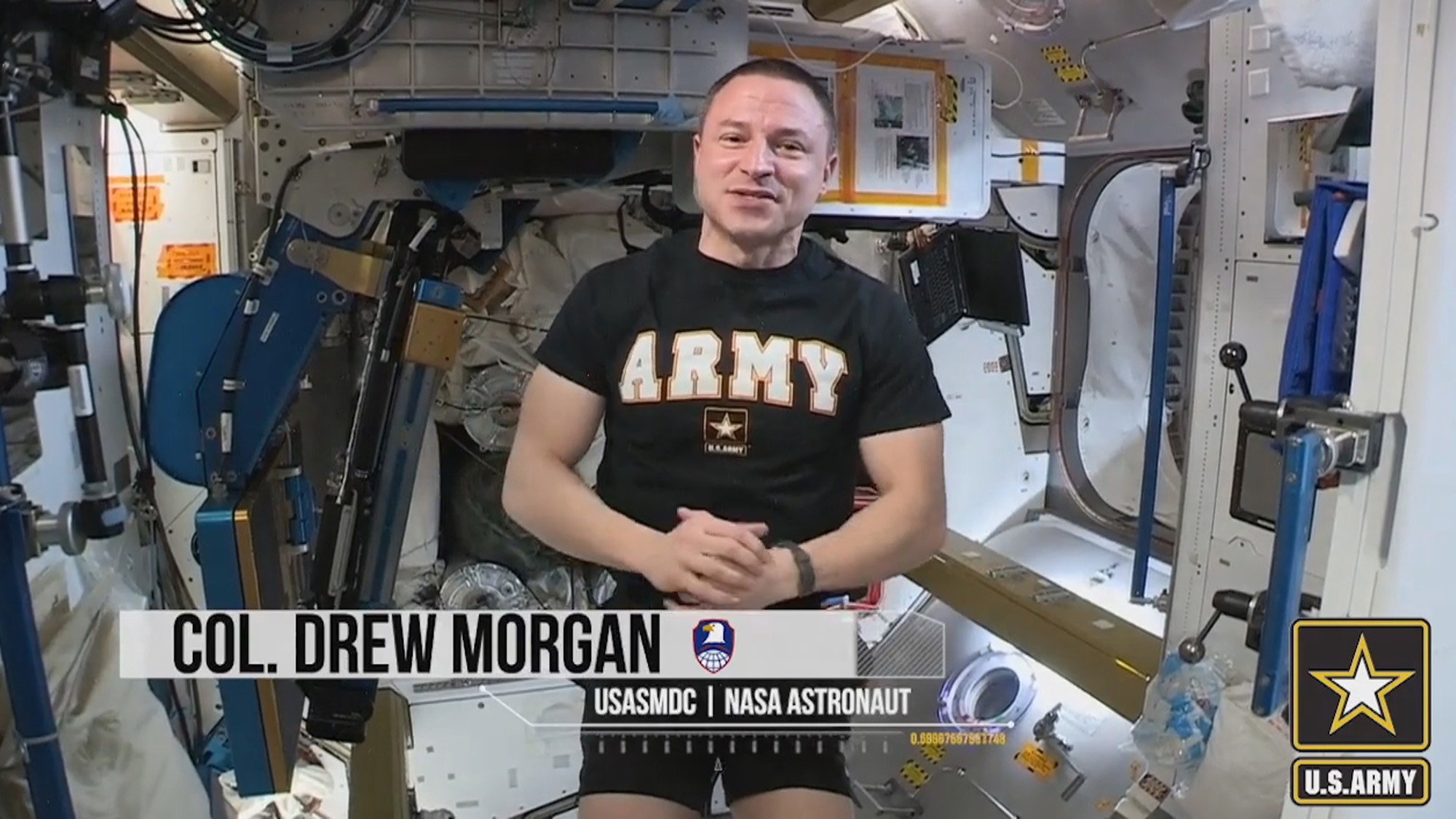 Morgan completed an Army Combat Fitness Test in zero gravity while aboard the International Space Station.

To pass the combat fitness test, candidates must achieve a three-repetition max of 140 pounds or more.

The video shows Morgan, who was selected by NASA in 2013, performing deadlifts with special equipment to replicate lifting barbells in zero gravity on the International Space Station.

He also did a 2-mile run in the allotted time by securing himself to a treadmill. Next, he performed hand-release push-ups by anchoring his feet and gripping a bar, while doing leg tucks by holding onto a bar and using zero gravity to position himself upside down.

Finally, he does a standing power throw, which appears easier in space than on solid ground, as he simply throws the ball behind his head and watches it float to the far end of the spacecraft.

Morgan served as a flight engineer on the space station for Expeditions 60, 61 and 62.

“The Army Mission — our purpose — remains constant: To deploy, fight and win our nation’s wars by providing ready, prompt and sustained land dominance by army forces across the full spectrum of conflict as part of the joint force,” the Army said in a statement accompanying the video of Morgan’s workout on social media.