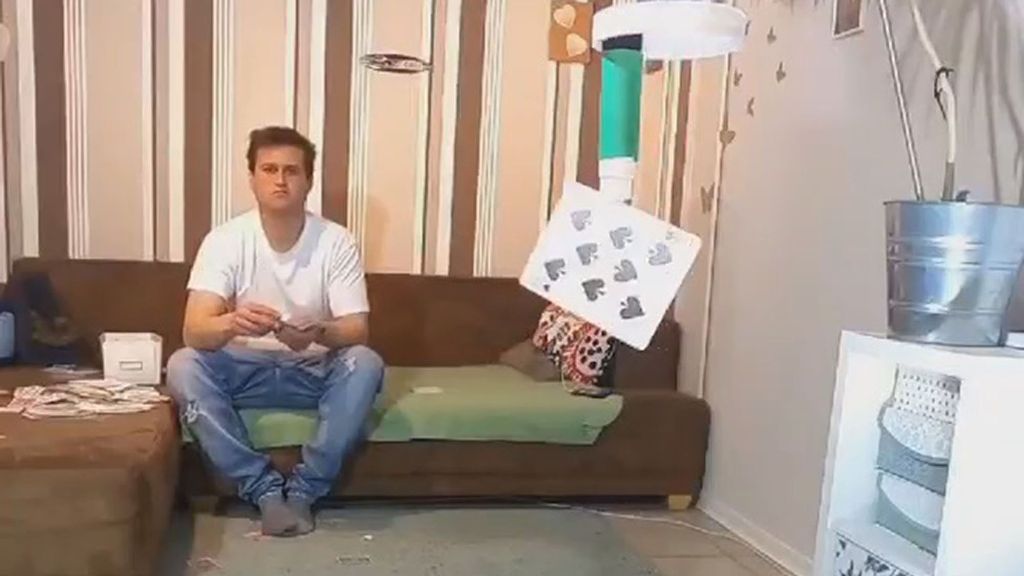 The videos show some of the challenges he completed and posted on social networks.

One collection of his top 10 trick shots shows him throwing playing cards or other objects and landing them into small spaces as a stopwatch counts down the seconds.

Another video shows him landing a card in a clothespin after tossing it through a slit that appears to be no larger than a CD case.

One video shows him landing a ping pong ball through an obstacle course and onto a glue stick.

Wlotzka said he first started setting challenges with footballs, ping pong balls and toilet paper. But once he started landing playing cards in clothespins, it really took off — and he added different levels of difficulty.

Some videos have gained over 20 million views, which he says was not his goal when he posted trick shots.

“It is fun for me to think of new ideas that people have never seen before. That’s my motivation,” he said.