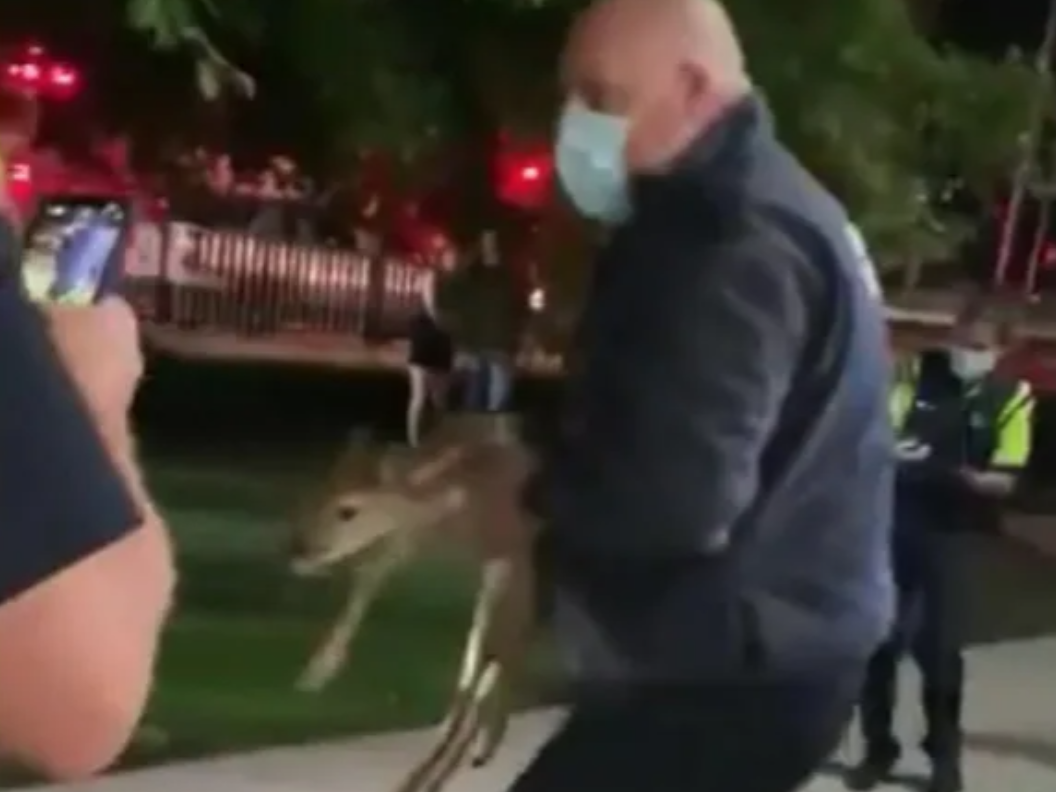 Fire crews rescued a fawn stuck in a trench near Western University late Tuesday night. (London Fire Department)
Video shows a fire brigade rescuing a fawn that had fallen into a trench.

It was later was reunited with its mother.

The fawn fell into the narrow hole on the campus of Western University in London, Ontario, on June 1. The London Fire Department posted the video on Twitter shortly after the rescue. In the 45-second clip, two firemen are seen descending a ladder to rescue the baby deer, whose loud, frequent bleating can be heard.

One rescuer manages to take the animal in his hands and bring it up to ground level. Another picks up the deer and reunites it with its mother.

The London Fire Department’s platoon chief, Colin Shewell, told CBC: “There was a baby deer in distress next to a building.

“We were able to wrap in a blanket and quickly extricate it. We released it in a field next door to the building and the mother deer was actually wandering around the area.”

Faculty staff member Scott MacDougall-Shackleton commented on the footage: “This is great, but this type of window well is a wildlife death trap. Other smaller animals that don’t attract the attention of passersby die of starvation in them.”

The London Fire Department also credited Western University in its post, stating that it was a “great team effort.”