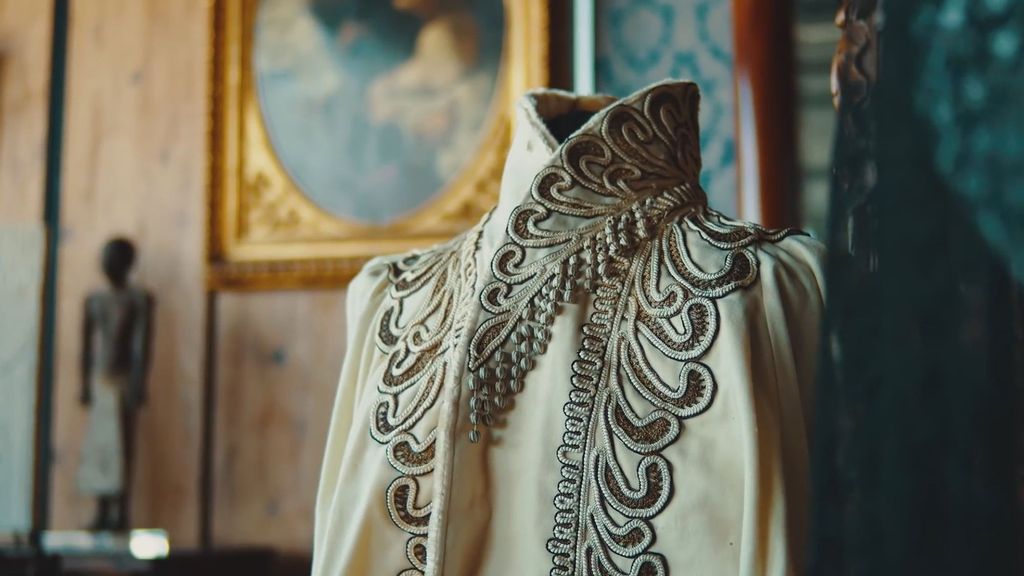 Footage from the private chambers of Empress Elisabeth of Austria and Queen of Hungary's castle in Godollo, Hungary. (Hermann Historica GmbH/Zenger News)

A collection of clothing and lingerie that belonged to Empress Elisabeth of Austria and Queen of Hungary, nicknamed Sisi, has been sold at auction for about $88,000.

A three-piece lingerie set from the royal’s summer collection fetched $4,638. Several other pieces of Sisi’s wardrobe, including an 1880 cream-colored summer dress with floral designs, sold for $36,615.

The lingerie was auctioned at the Hermann Historica auction house in Grasbrunn, Germany. A total of 85 items, including other items from the imperial house of Austria, were sold on June 1.

The auction house announced the lingerie consisted of “matching underbelly and wrap-around trousers made of fine white linen and a pair of long cotton stockings marked with the inscription E.S.”

Elisabeth came to her titles after she married Franz Joseph I, the emperor of Austria and King of Hungary, Croatia and Bohemia.

She was born into the royal Bavarian House of Wittelsbach and was Austria’s longest reigning empress — for 44 years.

“The owner of the majority of the auction items has been collecting them for decades. She wanted to open her own Sisi museum near Worms,” said auctioneer Bernhard Pacher.

The collector died shortly before she could fulfill her wish. Those who inherited the items put them up for auction.

Pacher said all items have been carefully checked.

“There is an imperial family clothing directory. The textile inventory is described in detail. If a piece doesn’t appear on the list, an auction house would not accept it,” he said.