Regional Victoria is set to emerge from lockdown on June 3 if its streak without Covid-19 cases continues.
By Georgie Moore June 2, 2021
Facebook
Twitter
Linkedin
Email 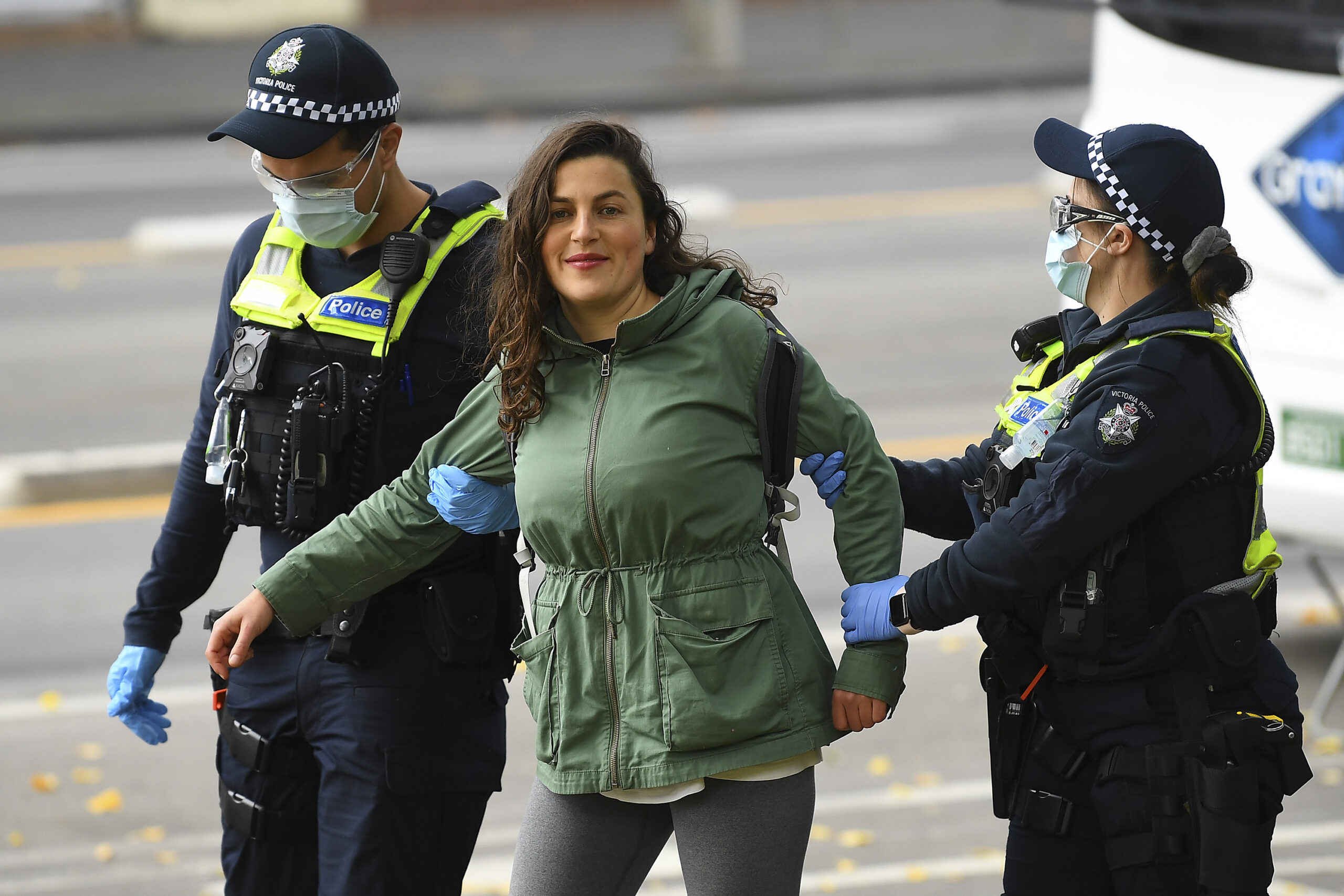 Protesters gather at Flagstaff Gardens in Melbourne on May 29, 2021. Anti-lockdown and anti vaccination protesters are demonstrating in defiance of Victorian health directives and mandatory stay-at-home orders following a 7-day lockdown. (James Ross/AAP Image)

MELBOURNE, Australia — Victoria is set to be divided once more, with regional residents to emerge from lockdown if their Covid-free streak continues.

It comes as Melbourne’s lockdown is extended for another week, with authorities racing to stamp out a more contagious and faster-spreading variant numbering 60 local cases.

Acting Premier James Merlino on June 2 said regional Victorians were set to be able to leave home for any reason after 11.59 pm on June 3.

But he stressed those changes would not be confirmed for another 24 hours and depended on a continued lack of community transmission outside of metropolitan Melbourne.

There also won’t be a return to the “ring of steel” used last year to police anyone trying to leave the city limits.

The government says it will be the responsibility of regional businesses to check the IDs of customers coming into stores.

“We know that people who are highly motivated to break the rules will have a go anyway and they will be tracked down through roving patrols and the work of Victoria Police,” Chief Health Officer Brett Sutton said.

“They will also be managed by a highly motivated regional Victoria that does not want people outside of the region who are not entitled to be there to be coming and accessing services or events.”

Covid has been detected in waste water at Bendigo and Axedale. There are also exposure sites at Anglesea, Axedale, Glenrowan, Kalkallo, Wallan and Rye.

The Chief Health Officer also issued a statement about the restrictions.

Under eased restrictions proposed for regional Victoria, there will be no limit on how far people can travel and outdoor gatherings of up to 10 will be allowed.

A ban on private gatherings at home will remain, and face masks must be worn indoors and also outdoors if social distancing isn’t possible.

Childcare, kinder and early learning centers will reopen and all schoolchildren can return to the classroom.

People are encouraged to continue working from home, but office attendance will increase to 50 percent capacity or 20 people per space.

Up to 50 people can attend religious gatherings and funerals subject to density limits. Weddings will be capped at 10 people.

Even after Melbourne’s 14-day lockdown is set to expire on 11.59pm on June 10, Merlino says travel to regional areas will remain off the cards for the Queen’s Birthday long weekend.

“If we don’t do this, this thing will get away. This variant of concern will become uncontrollable and people will die. No one, no one, wants to repeat last winter,” he said.