The extraordinary collection, owned by a legendary art dealer, will be auctioned in July.
By Georgina Jadikovskaall June 2, 2021
Facebook
Twitter
Linkedin
Email 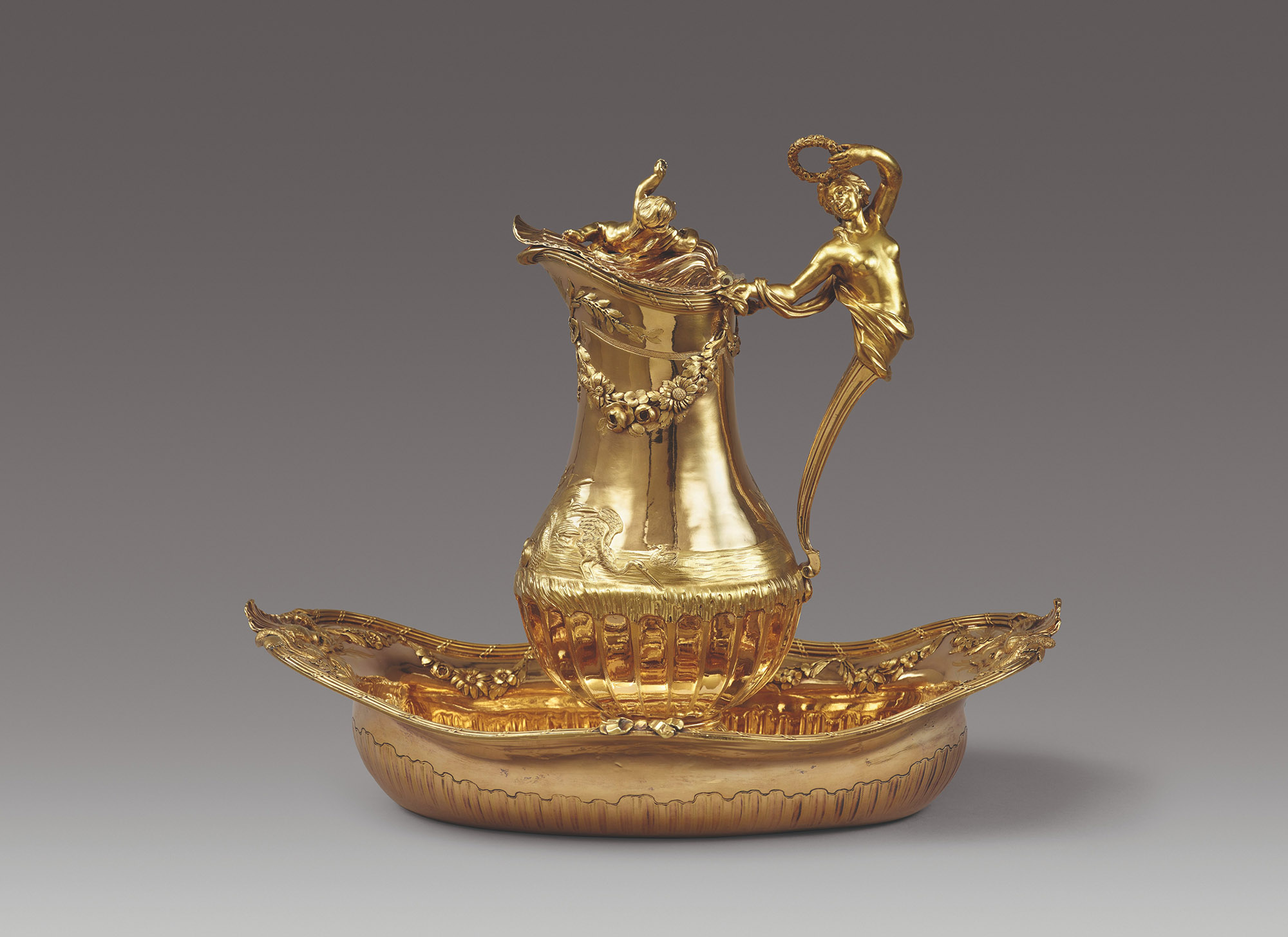 The silver gilt ewer and basin for the Marquis and Marquise de Montmelas by Jean-Baptiste-Francois Cheret in 1770 which is estimated at $1.4 million. (Lempertz/Zenger News)

A golden jug that French King Louis XV gave to his mistress is about to be offered for sale, valued at over $1.4 million.

It is part of the collection of Belgian antique dealer Bernard De Leye.

The art dealer’s collection of 220 artworks, includes objects of vertu, silverwork, paintings and sculptures, as well as a silver gilt ewer with an estimated value of $1.5 million, made by the French silversmith Jean-Baptiste-Francois Cheret in Paris in 1770.

The jug, one of the most expensive in the world, was a gift by the French King Louis XV to his mistress, Marguerite Catherine Hainault (1736–1823), on the occasion of her betrothal to a colonel in the French army. At the same time, he also proclaimed them the Marquis and Marquise de Montmelas.

“I have never seen or been allowed to offer such a treasure,” Lempertz auction house owner Hendrik Hanstein said.

This art is for showing off, not for using. Incredible pieces,” Hanstein said. “More valuable than the entire arts and crafts museum in Cologne.”

The collection includes several other highly valuable pieces, such as a silver and gilt bronze writing set, with an estimated value of  $857,000 to $980,000, made for imperial minister Jean-Baptiste de Machault d’Arnouville by Francois-Thomas Germain in 1753.

Another significant piece is a monumental silver and lapis lazuli hourglass, valued at $490,000 to $551,000, which was created in Rome in 1589. A Lempertz spokesperson said Pope Sixtus V (1521–1590) presented the hourglass to Ferdinand I de Medici (1549–1609), the Grand Duke of Tuscany on the occasion of his marriage to Christine von Lothringen.

Another item in the collection is a small equestrian statue of Emperor Ferdinand III (1478–1638), made of silver and partially gilded with a removable head piece.

“We can conclude that small equestrian statues served as symbols of the Habsburg reign and not for individual fame,” said Hanstein.

Holding a Roman silver bowl from the second or third century A.D., with an estimated value of $37,000, the art expert said such gifts were based on the rank and status of the recipient. They were often associated with additional monetary gifts.

“The recipient displayed the object as a status symbol,” he said.

The preview for all artworks will be June 21-26 in Brussels, Belgium, and July 5-15 in Cologne, Germany. The golden jug will be auctioned at the Lempertz auction house in Cologne on July 15.