VIDEO: I Don’t Eel So Well: Giant Moray Eels That Die After Their Bizarre Mating Ritual

The female will lay up to 10,000 eggs at a time, which are then fertilized by the male.
By Arian Movileanu June 1, 2021
Facebook
Twitter
Linkedin
Email 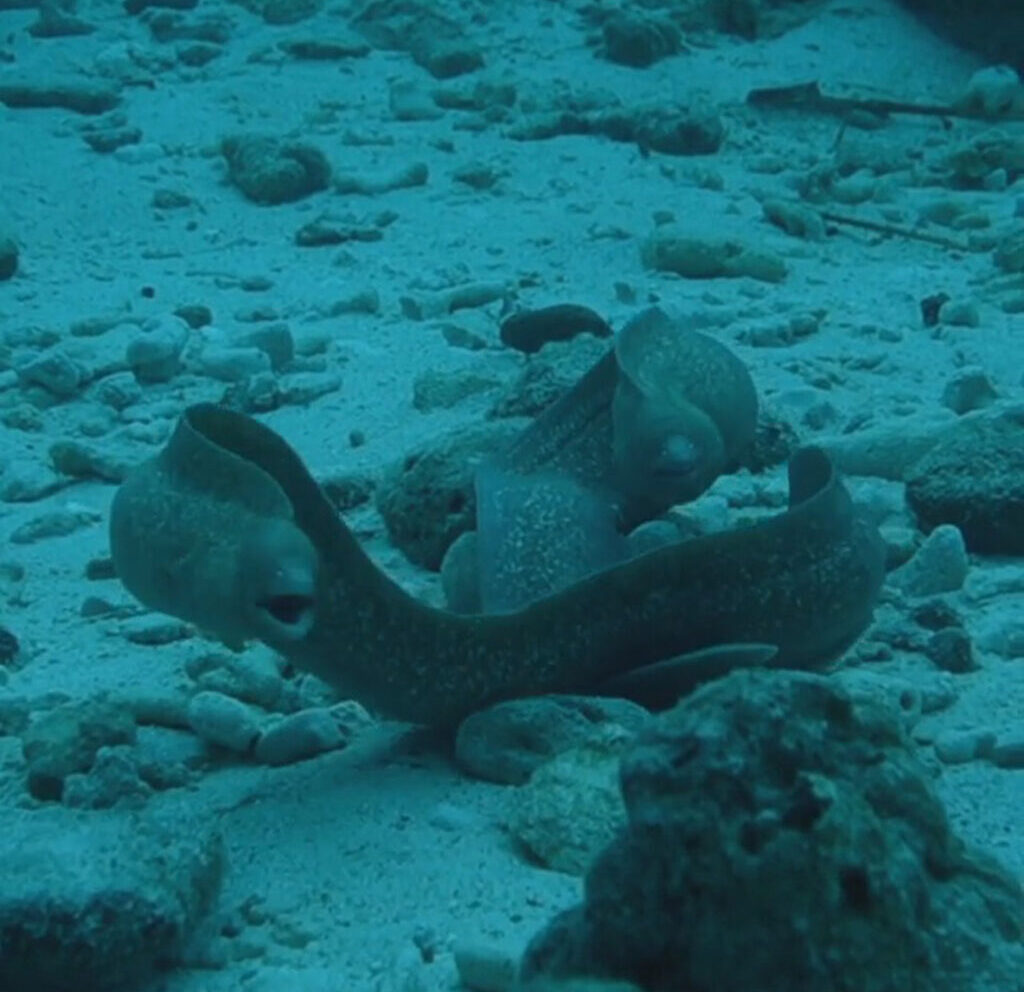 Rafhan Ahmed, who has always been fascinated by the ocean, filmed two Yellow-edged moray eels getting ready to mate in Maldives on May 16, 2021. (@raffrafey/Zenger News)

Video shows a pair of moray eels in a mating ritual. They intertwine while the female lays her eggs, after which both die.

The eels in the footage are yellow-edged moray eels (Gymnothorax flavimarginatus), recently shot at the Fish Tank Dive Site in the Maldives.

Moray eels, given their poor eyesight and powerful biting ability, often clash with divers among the reefs and rocks where they live. However, they usually steer clear of people and are safe unless threatened.

Here, the nocturnal predators have been tempted out of their hiding places during the day to reproduce.

The female will lay up to 10,000 eggs at a time, which are then fertilized by the male.

The young eels are no larger than plankton at first, but after a year, are strong enough to swim down and hide among the sand and small rocks. At this stage, they are mostly transparent and only get their darker color as they age.

Although the eels appear to be in a fight, this is actually their meeting dance, intertwining and swimming alongside each other.

The creator of the video, Rafhan Ahmed, a diver and content creator, said: “I’ve always been fascinated by the ocean. I’ve enjoyed studying and exploring fish and being underwater with them in their natural habitat.”

Rafhan also shared a video of him diving with a colony of nurse sharks. He says it was “surreal, amazing and peaceful all at the same time.”

Even though he swims very close to the sharks, he enjoyed the experience, and says they are not dangerous.

“I have never seen a place more fascinating than the underwater. People should not be afraid,” he said.