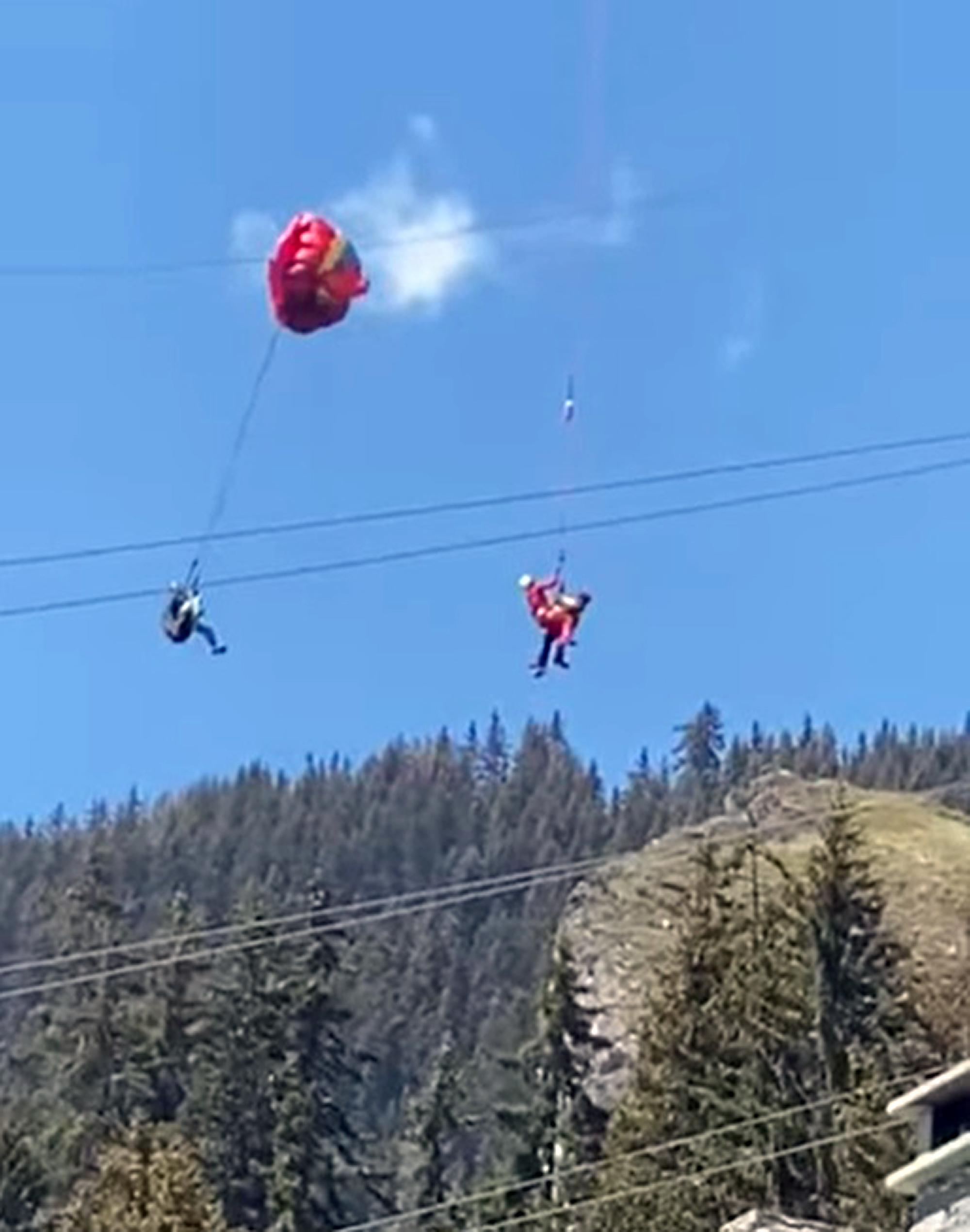 Crew members from Air Zermatt AG save a paraglider stuck on a power line on May 31. (Air Zermatt AG/Zenger News)

Swiss crew members from Air Zermatt AG rescued a paraglider who got tangled up in a dangerous situation when he got stuck in a power line.

The challenging rescue over the weekend was captured on video.

Two Air Zermatt crew members are seen hanging from a helicopter as they released the man who was caught on the power line. The crew had cut off power to the high-voltage line and used a 459-foot pole for the rescue, so the man would not be affected by the down draft of the helicopter.

Air Zermatt, founded in 1968, employs doctors and anesthesia nurses who accompany the helicopter crews on their rescue missions. The rescue company is also an airline and flight school.

The video was shared on Air Zermatt’s Facebook page.