Not having a social media advisor can cost them popularity, but many people prefer traditional rallies, despite the pandemic. 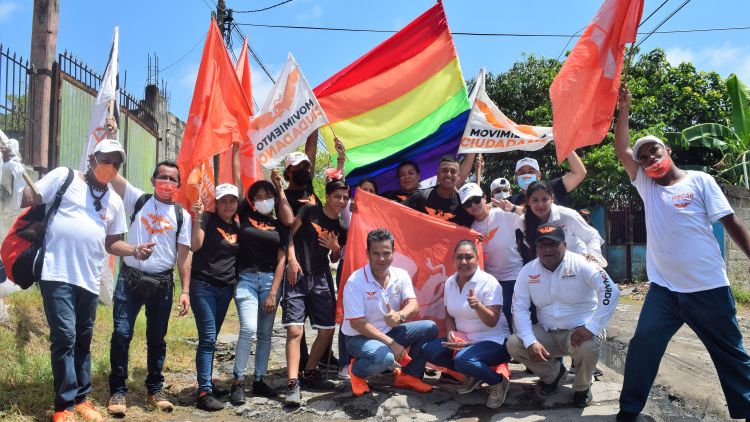 Despite the lockdown, some candidates visit neighborhoods in Mexico’s big cities to seek votes. Others, prefer to do so through social media. (Carlos Moron/Café Words)

Elections in Mexico always awaken the creative spirit of political parties and candidates to try and put something together to get attention — and votes. They want voters to assimilate their messages so they can win in the upcoming midterm elections on June 6.

Social media is the newest medium but is not necessarily the best. Facebook, Twitter, TikTok, and Instagram have the most traffic and adverts during the electoral season.

“Currently, social media are having a massive impact in the current electoral process,” said Jorge Rojas Hernández, a teacher in political science and public management in Boca del Rio, Veracruz.

“Even though it was already used in past elections, this time the National Electorate Institute (Instituto Nacional Electoral, INE) is paying more attention to how the different political parties seek to launch a message to the citizenry to convince them to gain their vote,” he said. “It has become more used — and therefore regulated — due to the COVID-19 pandemic, where rallies and demonstrations with many people are no longer allowed.”

Although most people know of the power of social media, many do not know how to use the platforms correctly, including government accounts.

“Though there are some creative uses of social media from some political parties that certainly help to gain more voters, some candidates try to act as if they were teenagers. Thus, they end up exaggerating and giving out a message lacking context and meaning,” said Rojas Hernández.

The worst cases are those candidates who do not have a support team to help them navigate social media and take direct control of it, using Facebook and TikTok to share memes and videos that do not have a clear message. Instead, these dances and activities generate accidental comedy that makes candidates lose voters’ trust. Thus, candidates should have social media mavens helping them to avoid derailing their campaigns.

One of the few politicians who has maintained an excellent social media image and become an ‘influencer’ is the candidate for Nuevo León governor, Samuel García, of the Citizen’s Movement Party (Movimiento Ciudadano, MC). Since his wife is also an influencer with millions of followers on Facebook and Instagram, García’s popularity has risen, despite many controversies surrounding the candidate.

For other candidates, social media can be disadvantageous.

“I prefer old-fashioned candidates,” said Pamela González, a 72-year-old housewife in Veracruz. “I do not have a social media account, and the only candidates I have heard of are due to radio adverts and television commercials. It seems to me that each election there are fewer real politicians and political parties, instead of sharing campaign promises that benefit everyone, they put artists, singers, or even clowns as candidates to scrape off some voters.”

Despite the fact that the National Electoral Institute established certain restrictions to avoid the spread of COVID-19 in electoral season, some candidates have disregarded warnings and held rallies. This has helped these candidates communicate their promises to those who do not have widespread access to social media.