‘I Am A Man’: The Musical Magic Of History And Tragedy

The gospel-style single performed by B.Slade is billed as an anthem for the BLM generation.
By Cheryl Morrow June 1, 2021
Facebook
Twitter
Linkedin
Email 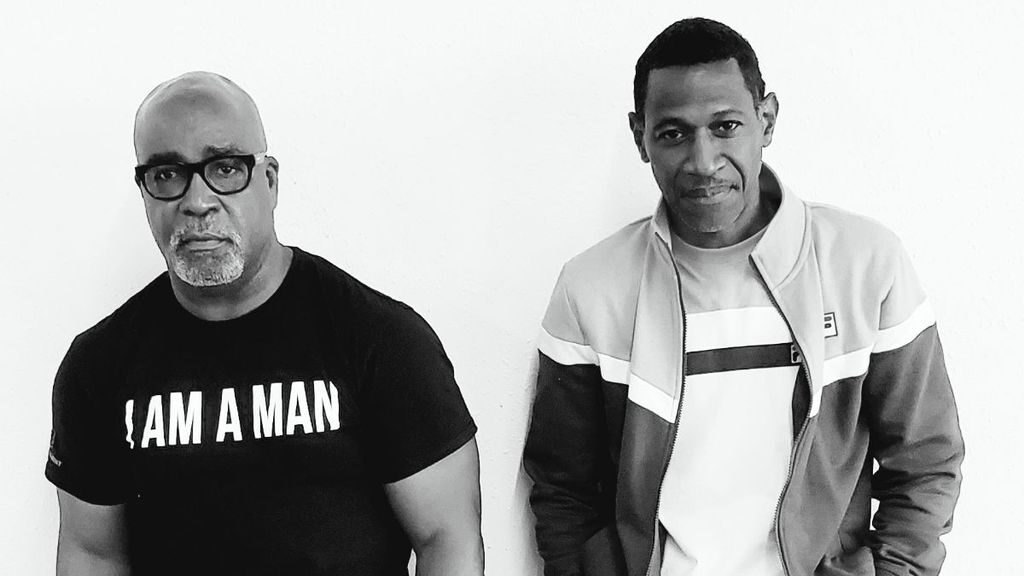 “Every generation has its musical soundtrack, but, unlike their predecessors, the Black Lives Matter Millennials and Gen Zers are without one,” said C. Von Parchman (left), pictured with Marty Arnold. (Courtesy of 6x Entertainment)

In 2018, C. Von Parchman and Marty Arnold of 6x Entertainment were searching for something to sink their passion into. Instead of finding an interesting project, a project found them.

Noted film producer Floyd Easley asked 6x Entertainment artist Tia P. to pen lyrics for a movie he was producing called “I Am A Man.” Unbeknownst to Tia P., 2018 was the 50th anniversary of the Memphis Sanitation Strike, prompted by the deaths of Echol Cole and Robert Walker, two black sanitation workers who were crushed in the barrel of their own truck due to a faulty switch. The strike, which lasted two months, was the birth of the “I am a man” picket sign.

The sanitation strike also played a role in another historic tragedy: It was while he was in Memphis supporting the strikers that Martin Luther King Jr. was assassinated on April 3, 1968.

Without really trying to connect the two, the pull to write the lyrics was strong without Tia P. even being conscious of it.

“After hearing the music that was composed by Darryl Easley and Devin Christopher, the words just began to flow,” Tia P. said. “The fact that a woman wrote the lyrics is the most wonderful part of this project, I believe.”

“Spirit inspired and driven by the ever-increasing injustices being done to black men, the words and music came together,” said Parchman, who serves as the project’s executive producer with his business partner Arnold. “When my daughter told me about her inspiration, something inside of us just had to go with it.”

The marvelous gospel-style anthem, “I Am A Man,” performed by B.Slade and released on the 1-year anniversary of George Floyd’s death on May 25, brings you to your feet at the beginning, in the middle, and all the way to the end. It says never forget but don’t get stuck, move in the world as a man, with your own power, self-determination and shine.

The song is a throwback to days of Motown’s golden era, when albums like Marvin Gaye’s “What’s Going On” from 1971 rang in the ears of the entire world. The importance of music mixed with social justice is nothing new. From Bob Dylan to Bob Marley, Miriam “Mama Africa” Makeda to Joan Baez, music has always served to help fine-tune the tone-deaf ears of American politics.

“Marty and I wanted to gift the Black Lives Matter era a sound of the past and place it in a container of black tradition, this is our new age ‘Redemption Song,’ so to speak. We could really use some soothing and brotherly love,” Parchman said.

Great poets and musicians have gone into the history books, but the meaning of their words and sentiments often fall short of real change in the secular world.

While Black Lives Matter is the drum beat of today, it was in 1787 that abolitionists asked, “Am I not a man?” Historically, and even today, black men have been referred to as “boy” and treated like second-class citizens. Long after the Memphis Sanitation Strike, and even in a post-George Floyd world, many are still asking, “Am I not a man?”

Parchman pointed out that this tribute is more about putting the pain to a song, giving the pain a sound. As inspirational speaker Iyanla Vanzant said, “In order to really get to the core of healing something you gotta give it sound.”

“A fight, a belief or passion of purpose is more powerful when it comes in the form of a musical expression,” Arnold said.

“Every generation has its musical soundtrack, but, unlike their predecessors, the Black Lives Matter Millennials and Gen Zers are without one,” Parchman said. “We wanted a voice who was powerful enough to carry the lyrics and perform the song, and B.Slade was the man. It didn’t hurt he was a Grammy-nominated recording artist and musical titan. B.Slade is no stranger to the activism aspect of music. His single ‘Change’ is a brilliant, fed -up explosive lyrical rant, akin to the same kind of frustration that led Tia P. to write ‘I Am A Man.’”

“I had to deal with my own encounters,” said B.Slade. “I could relate immediately, since I could breathe,” Slade chuckled. “I would never miss an opportunity such as this. Tia P. nails the black man’s sentiments right on its head. I love the fact that a woman wrote it. That’s so cool.”

“As experienced men within entertainment, Marty and I have realized you end like you start, and we wanted this song to be sung in the mornings, afternoon and in the evening,” Parchman said. “Reminding black men to declare over their lives and others, that they are men and that they matter.”