Big Ali: From The Penitentiary To The Protector 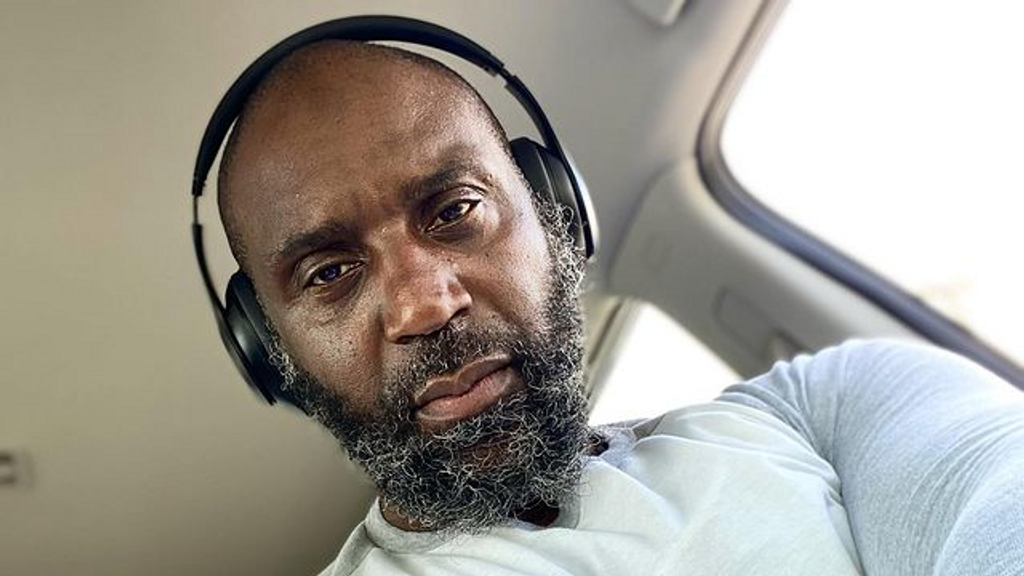 Big Ali's client base over the years has included Denzel Washington, Cardi B and Tone Trump. (Courtesy of Big Ali)

Those illegal activities landed him in prison for seven-and-a-half years. But when Big Ali got out, he switched gears and used his size and new outlook on life to provide security for Denzel Washington, Cardi B, DJ Khaled and French Montana, among other celebrities. Big Ali’s current gig involves security for Philadelphia rapper Tone Trump.

Zenger News caught up with Big Ali, who talks about turning down a security job for rapper Tekashi69, explains how Tupac and Biggie’s deaths could have been avoided, and much more.

Zenger: You built a hell of a reputation out there in Newark, New Jersey. Give us a little background on how you became one of the top enforcers for celebrities.

Big Ali: It started off with Driicky Graham and his song, “Snap Backs & Tattoos.” I was on that project, which went platinum. Then I did part-time with Denzel Washington on the set of “The Manchurian Candidate.” I started off with him as well, and then it just filtered on to Kazzie’s “Yeah O.K.” video. From there, we had it where the promoter had to incorporate me for artists to come to Jersey, including G Herbo, Lil Durk, Blac Youngsta, Cardi B, Keyshia Cole. I did DJ Khaled in New York. I did Funkmaster Flex quite a few times. And I also had Hot97 DJ Wallah toward the end of my retirement. And then I got back in it and that’s where I’m at right now. I’m with Tone Trump.

Zenger: What was Denzel Washington like and how was it to be around him?

Big Ali: He’s super cool, bruh. He didn’t want nobody up under him. He said, “Give me space. Let the people talk to me. Nobody is going to harm me. If they want to come talk to me, let them. Just watch hand movement.” So, that’s what I did. As long as people didn’t talk with their hands. I was on point.

Zenger: Before you even started doing security work, you admitted to me that you were a knucklehead and in the streets.

Big Ali: Yeah, the knucklehead stuff came before I was doing security. I was from a hood where there were a lot of gang members, and I was labeled as an OG [original gangster] in my hood. I was a knucklehead; the cops had an SOS [Shoot On Sight] running through the streets of Newark. And me becoming a knucklehead, I went inside the penitentiary for seven-and-half years.

Zenger: Did the pen make you change your ways and come out and pursue the security role?

Big Ali: Yes! Being incarcerated changed me to do right and made me utilize my head, my size and my skills in a different format. Whereas though I wouldn’t be the aggressor, I would wait for somebody to be the transgressor.

Zenger: You are physically imposing, but your reputation and respect you have earned precedes even your stature. Is that accurate?

Big Ali: That’s accurate. Salute to my man, Castor Troy, an OG in New Jersey. Most of the time when artists came through, he let the party promoters know that if I’m not on that ballot, they can’t come to our city.

Zenger: You told me that a lot of guys providing security fall into this trap of drinking and smoking with these guys, especially rappers.

Big Ali: Right! This is a full-time job. I don’t drink, smoke or do any of that. I have to be on point at all times, so everything is timing and accuracy. I have to not only watch the artist, but his entourage as well, so I have to be on point. I don’t want the perks like that. The perk is you tip me more for doing a good job. I want the person to get home safe to their family as well as me getting home safe to my family. I cannot afford to be impaired in any way. And I’m Muslim, so I don’t drink or smoke anyway.

Zenger: As an enforcer, a guy protecting these artists, when you look at the way Tupac and Biggie were killed, do you think those were avoidable situations?

Big Ali: Yes, for sure it could’ve been prevented. Everybody shouldn’t know where your location is. When you start implementing where you’re at, that becomes a problem. For instance, right now, we’re in Washington. We’re doing a pop-up-shop for my bruh, Tone Trump, right? You’re getting screened at the door. You can’t just come in. It’s not happening like that.

Zenger: Do you research and screen clients before you take them on?

Big Ali: I was blind to most of that kind of stuff.  I’m going to tell you something which is crazy: I got a call saying, “Yo, I need you to come do security for King Von tonight.” I said, “Bruh, I’m not going to be able to make it.”

The following Friday, King Von gets murdered. They wanted me to come and let King Von see how I work, and he was going to hire me as his personal security to run around Atlanta. I just couldn’t get away, and he wound up getting murdered down there.

Zenger: Do you turn down a lot of gigs?

Big Ali: Yes definitely! I had a chance to do Tekashi69 and I turned it down. Some of the women artists, they wanted me to do Rah Digga, but my thing is, Rah Digga is not a prominent person inside the industry right now for me to run around with her.

Zenger: It seems like your relationship with Tone Trump goes beyond artist/security guard.

Big Ali: Yeah, we do. It’s personal because the fact of the matter is, I’m not working. This is actually my brother in Islam. So, I’m obligated to make sure he’s good. That’s what I do.

Zenger: When you have the street reputation that you have, was it a smooth transition into what you’re doing now?

Big Ali: I’m showing the people that a person can use the power that you have that was negative and use that as a positive. And that’s what we’re doing. I’m creating an avenue for a brother that’s just coming home, and he may wanna go to the streets, but no. Use your size of being 270-280 pounds and come this route. And this route is, make sure everybody is good. You’ve got the same status. Ain’t nothing changing.

Zenger: Shakur Stevenson is putting on for Newark, as well. What are your thoughts on the boxing star?

Big Ali: Shakur is a good representative, young boy out of Newark. I know his grandfather. He is one of my OG’s.

Zenger: For sure. Keep doing your thing, Big A. Thanks for the time. Is there anything else you want to add?

Big Ali: My intentions are to start a movement to free Akbar Pray. He is another Newark legend. Free Akbar Pray, man.