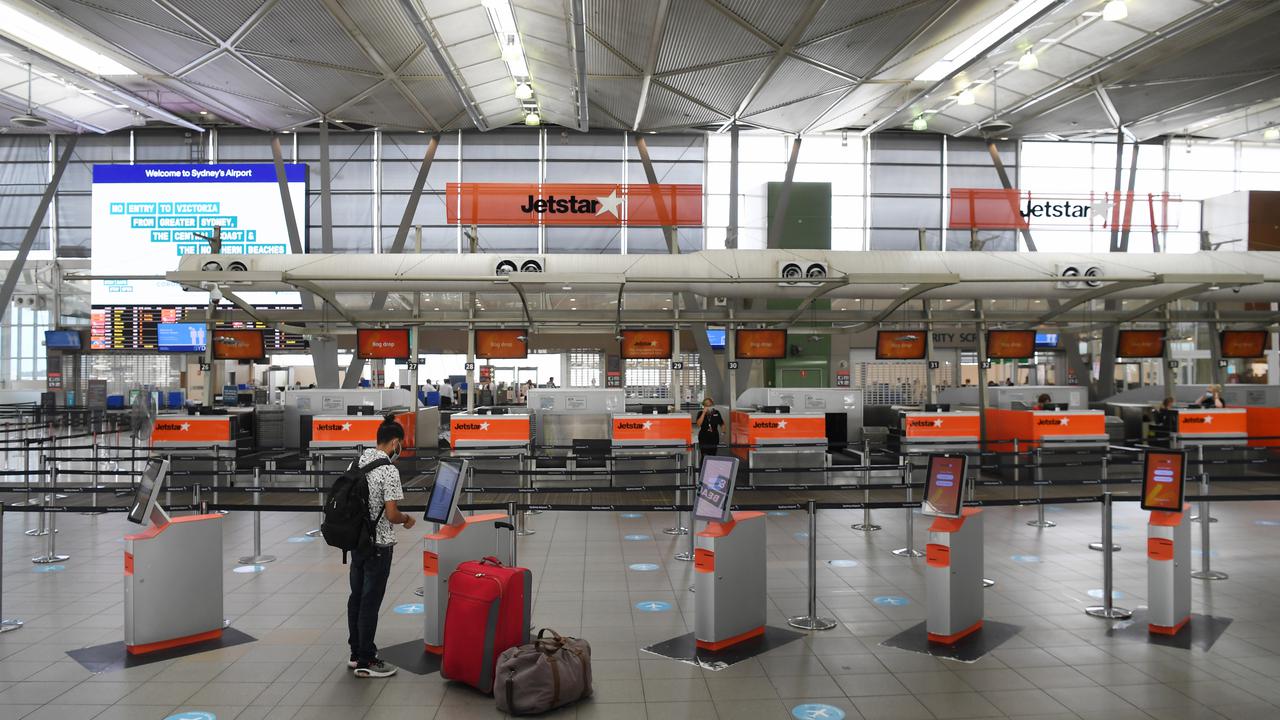 A bid to overturn a federal government's ban on Australians travelling overseas has been dismissed. (Dean Lewins/AAP Image)

CANBERRA, Australia — A bid to overturn Health Minister Greg Hunt’s ban on Australians traveling overseas has been dismissed by the Full Court of the Federal Court.

Lobby group LibertyWorks had argued the restriction imposed due to the coronavirus pandemic was invalid and unduly impinged on individual rights.

Apart from the recent opening of the New Zealand travel bubble, people seeking to travel overseas have since March 2020 had to get a special exemption from the Department of Home Affairs.

The think-tank challenged the ban after one of its employees could not get an exemption to travel in late 2020.

But the case was dismissed by the Court on June 1.

The Court said there was a force in the Commonwealth’s submission that LibertyWorks’s model would “eviscerate” the health minister’s powers.

“It would at least emasculate it,” the Court said.

“And it would frustrate Parliament’s clear intention in enacting the emergency powers.”

The interpretation could also mean the only way to prevent or reduce the risk of contagion from Australians traveling overseas would be by making a human biosecurity order on every potential traveler.

Each order would last 28 days, would need to be read out to each individual, and couldn’t be made until reasonable steps were taken to inform each individual of the risk posed to the individual’s health and the public by human disease, the Court said.

A right to have the Administrative Reviews Tribunal review the order would also apply.

Considering all that, the Court said it “defies belief” that Parliament intended such a scheme when passing the biosecurity act.

“It may be accepted the travel restrictions are harsh,” the Court said.

“It may also be accepted that they intrude on individual rights.

“But Parliament was aware of this.”

The act allows the health minister to make an order he’s satisfied is necessary to prevent or control the disease’s spread to another country.

That was rejected by the Court.

LibertyWorks was also ordered to pay the federal government’s costs.

Section 477 and 478 of the biosecurity act allow the health minister to require or direct people to follow specific biosecurity measures once a pandemic has been declared.

Solicitor-General Stephen Donaghue QC, representing the Commonwealth, told the Court on May 5 that upholding LibertyWorks’ case would scupper the ability of the federal government to order people to wear masks, do contact tracing or keep people out of aged care homes.

He noted the health minister was restricted in imposing requirements on a specific person in a way that could identify them.

But the determination restricting outbound travel “does not single out” particular people, Donaghue said.

The Court is expected to publish its written reasons later on June 1.