Astro artist creates a new image of the moon using the astronaut's words to mark his death.
By James King May 31, 2021
Facebook
Twitter
Linkedin
Email 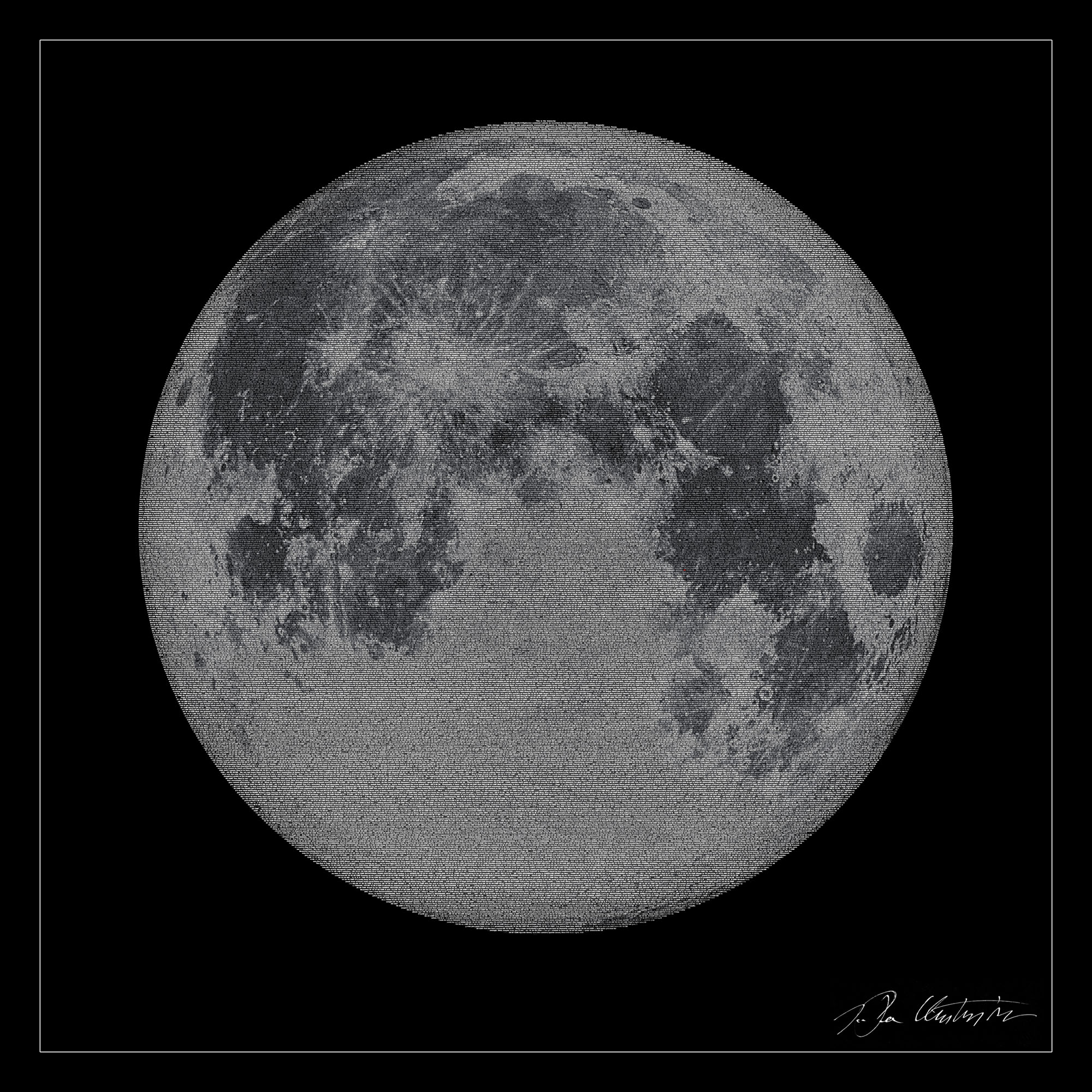 Picture is the final memorial artwork by J-P titled The Voices of Apollo 11. (J-P Metsavainio/Zenger News)

A celebrity astro-photographer was so moved by the recent death of former Apollo 11 astronaut Michael Collins that he set out to create a unique tribute.

He merged a transcript of conversations from the mission with a photograph of the moon.

Jukka-Pekka Metsavainio, known as J-P, was thrilled to have his previous work — including a startling mosaic of the Milky Way — publicly praised by Collins on Twitter. But when the pioneering astronaut died just nine days after posting that message, J-P decided to create a memorial artwork in his memory.

J-P is one of only a few visual artists who focus on outer worldly scenes. Having created a highly detailed image of the moon almost 20 years earlier, he merged the image with a downloaded transcript of conversations from the Apollo 11 mission to honor the  American astronaut.

“This is my way to handle emotional situations as an artist,” said J-P. “I don’t exactly know how my head is working, but many times in situations like this, I get a flash idea, and I need to do them right away.”

Former NASA astronaut Collins died of cancer at the age of 90 on April 28. Within hours of hearing the news, J-P had found his inspiration and set to work.

“I downloaded NASA’s original full transcript of Apollo 11’s onboard voice conversations,” he says. “The idea was to turn this text into an image of the moon.

“Now the moon is made up entirely of Apollo 11 voice transcription letters.”

J-P hopes his tribute to Collins will help inspire future generations of astro explorers: “I plan to sell this as an NFT [non-fungible token] and donate money to some space related project with children.

“They are going to be the future generation of astronauts and explorers,” he said.

The Apollo 11 mission holds a special place in J-P’s heart.

“It was a massive cultural and scientific achievement and a turning point for the whole of humanity on how we see the universe around us and our position in it.

“Michael Collins was affectionately referred to as ‘the loneliest man in history’ for being the command module pilot who flew solo in space behind the moon and without radio contact with anyone while his colleagues — Buzz Aldrin and Neil Armstrong — set foot on the moon for the first time in history.

“Michael was also an artist. His iconic photos made from the moon orbit are true art and part of mankind’s greatest cultural heritage treasure.” 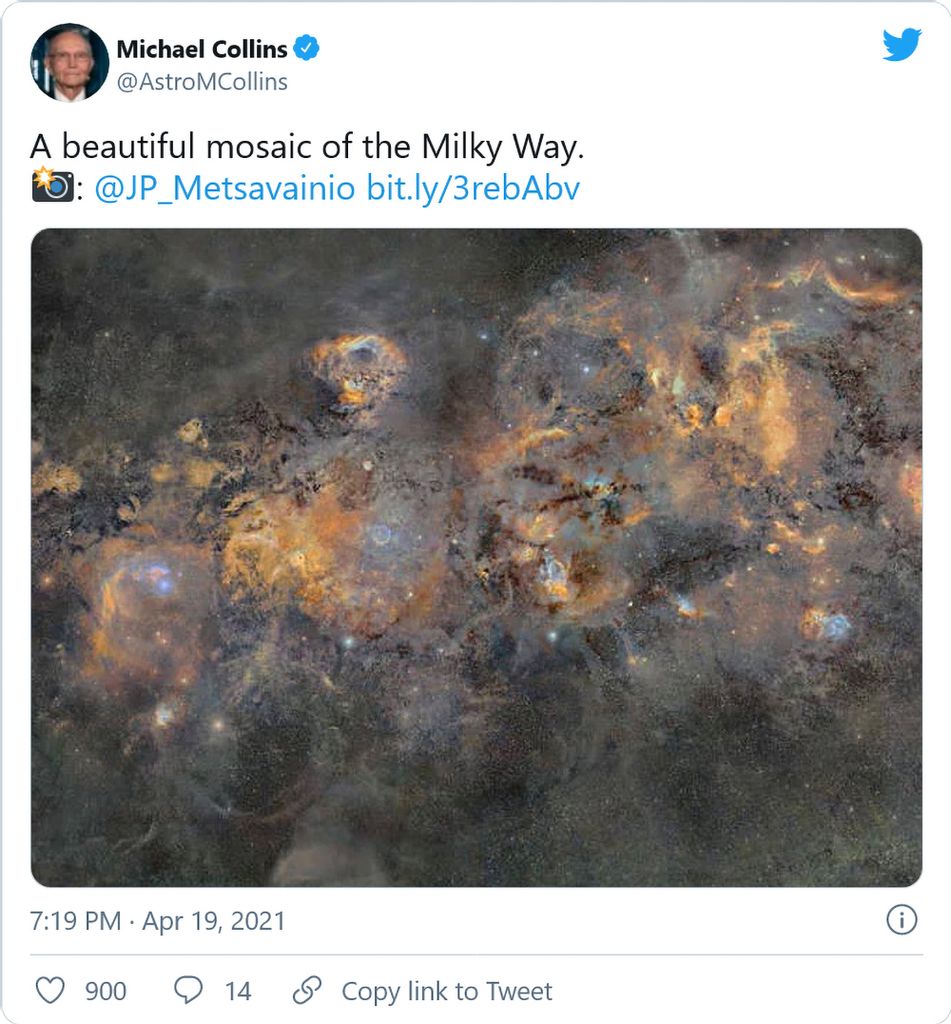 “I was deeply emotional throughout my creative process for this artwork,” said J-P. “Even though I never met him personally, the end of his earthly mission meant more to me than I was prepared for.

“I needed to make this photo-based artwork to process the inner storm of my thoughts and feelings.”

The final image uses the NASA transcripts to replicate the light and dark of the original grayscale mosaic of the moon that J-P made using 60 individual shots. The only color the astronomical artist added was two red characters to mark the Apollo 11 landing site.

To further illustrate his artwork, J-P created a short video featuring a recording from the moon-landing mission and the Frank Sinatra song “Fly Me to the Moon.” He purchased reproduction rights, so he could incorporate the tune, which the crew played just before the famous landing.

In addition to his Collins tribute and Milky Way portrait, J-P’s works include Cosmic Clouds 3-D – Where Stars are Born. He co-authored that book with Brian May, best known as a founding member of the legendary rock band Queen, who is also a renowned astrophysicist.