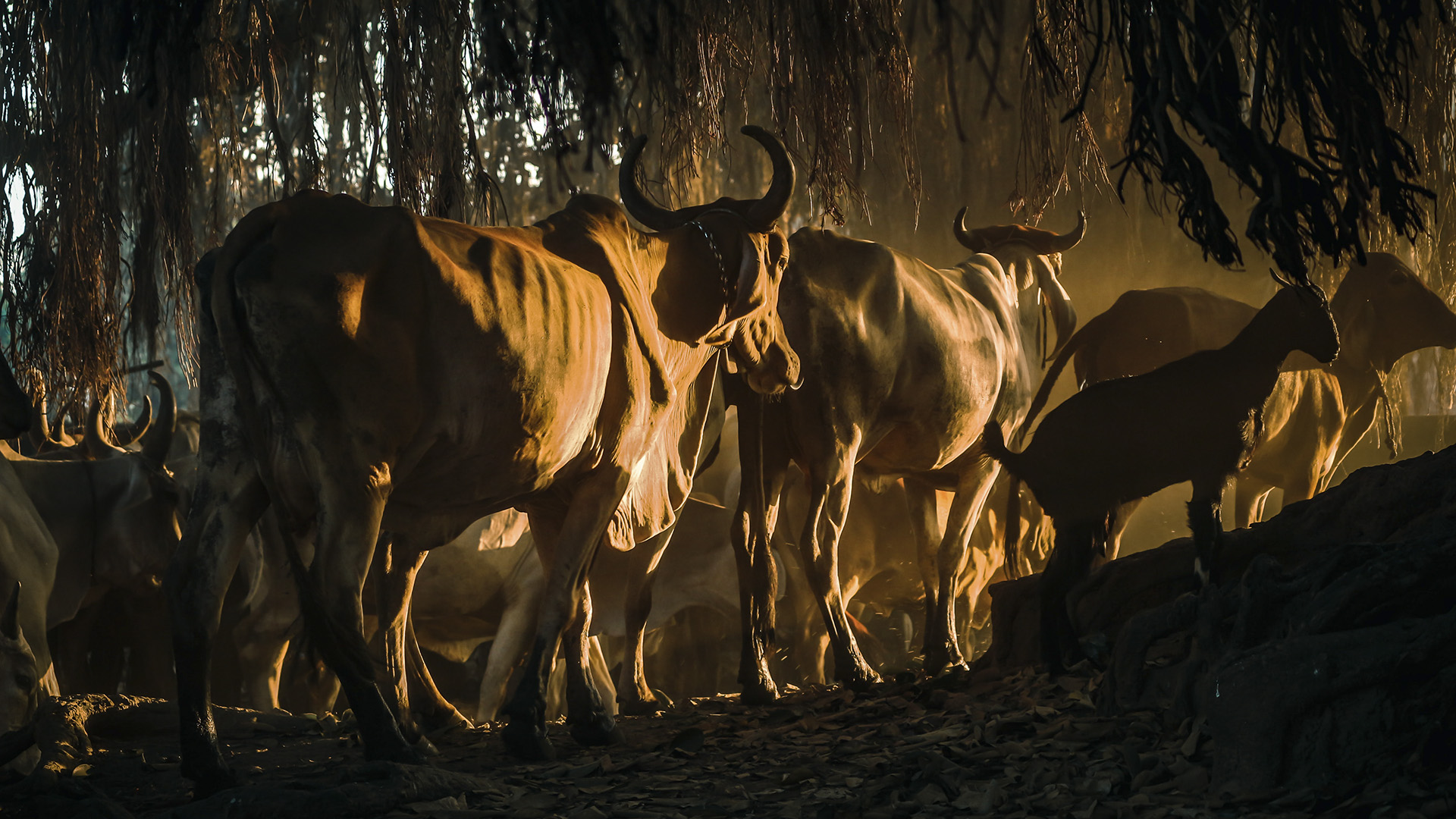 Scores of people applied cow dung and urine mixture on their bodies and let it dry while they hugged cows and enacted yoga postures. The people washed the dung packs after a few hours using milk or buttermilk. (Prince Patel/Unsplash)

Scores of people applied cow dung and urine mixture on their bodies and let it dry while they hugged cows and enacted yoga postures. The people washed the dung packs after a few hours using milk or buttermilk.

The idea — to get rid of the Covid-19 virus and boost immunity against it amid the raging second wave of the pandemic.

Following the event, medical practitioners, healthcare professionals, and doctors warned against rubbing cow dung and urine on their bodies and claimed the “cow-dung therapy” could be a reason for “black fungus” or mucormycosis in some Covid-19-recovered patients.

However, the Shree Swaminarayan Gurukul Vishwavidya Pratishthanam Gaushala denied any such activities inside their campus, claiming no person was allowed to enter due to the surge of Covid-19 in India.

These cases have rapidly escalated across different parts of India over the past two weeks.

“I can’t prove it, but it’s highly likely. Weigh your risks,” Faheem Younus, a doctor and infectious disease researcher at US’ University of Maryland, said in a now-deleted tweet.

Younus shared a link from the Centers for Disease Control Prevention (CDC) website, America’s top health body, which mentions that mucormycetes are present in animal dung.

“They [mucormycetes] are more common in soil than in air, and in summer and fall than in winter or spring,” notes a report by the CDC.

“These fungi aren’t harmful to most people. However, for people who have weakened immune systems, breathing in mucormycetes spores can cause an infection in the lungs or sinuses which can spread to other parts of the body.”

“It is a worrying trend. Diabetic or immunocompromised patients who are dependent on steroids are at very high risk of contracting mucormycosis if this myth is continued.”

“Cow dung can result in the birth of mucormycosis in a person, and people should not engage with it. There is no proof but the risk of getting the infection increases.”

Over the last two weeks, doctors like Mishra have been swarmed with cases of black fungus, with many performing multiple surgeries every day, as cases have shot up rapidly.

Epidemic within a pandemic

There were 8,848 cases of mucormycosis in India as of May 22. The government has directed all states and union territories to notify black fungus as an epidemic.

India’s national capital Delhi declared black fungus a notifiable disease in the state under the Epidemic Act, 1897. Delhi Health Minister Satyendar Jain said on May 27 that about 600 cases of black fungus have been reported till May 26, with over 200 being recorded on May 23.

Western state of Gujarat, which tops the list of back fungus cases, has also notified the disease as epidemic.

The northern Indian state of Rajasthan declared the disease an epidemic. It was listed as an “epidemic” and a “notifiable disease” in the state under the Rajasthan Epidemic Act 2020, stated a notification by Rajasthan Principal Health Secretary Akhil Arora.

As per Rajasthan Health Minister Raghu Sharma, there were about 700 identified cases of black fungus among the Covid-19 patients as of May 21.

“The state government has made a three-tier arrangement for the prevention and treatment of this disease,” said Sharma in a statement. “Teams of medical and health department are going for door-to-door survey in the affected areas.”

Sharma says the central government has kept the drug for black fungus, Amphotericin-B, under control like the drugs for Covid-19.

“Keeping it ambivalent, it [central government] is in constant contact with the state government for the supply of medicines. Initially, only 700 vials were received from the Indian government. Now about 2,000 vials are allocated.”

The state has asked the Serum Institute of India, which is producing the AstraZeneca-Oxford Covid-19 vaccine Covishield, to buy 2,500 vials of liposomal, another drug used to treat black fungus. A global tender has been drafted to purchase the drug.

“Time to time, the dosage of that drug should be monitored to keep the infection from spreading. The mortality of this disease is more than 50 percent. Sugar levels should be maintained properly. People using steroids for diabetes are at a higher risk to contract the disease.”

Bhat, too, agreed to the direct relation between cow dung and black fungus as the mucormycetes reside in the soil, especially in animal dung. He asked the people not to believe in any myth as that would increase the risk of infections.

“Other countries are not getting affected so much, but they also use the same steroids for diabetes,” Rajeev Jayadevan, former president of the Indian Medical Association, told Zenger News.

“It is because of certain myths that circulate in our country, the number of cases is increasing.”

Jayadevan believes it is difficult to avoid black fungus as it is present everywhere in the environment.

“People should be more cautious while dealing with the so-called dung therapy and inhaling steam. It is not proven that they have a direct link, but people outside India refrain from following myths, and that is the reason there are so many cases in our country.”