To Heal A Nation: A Lifelong Struggle to Create The Vietnam Wall

Founder Jan Scruggs fought against all odds to build the Vietnam Memorial, once derided as a “black gash” and “Orwellian glop.”
By James Reston, Jr. May 31, 2021
Facebook
Twitter
Linkedin
Email 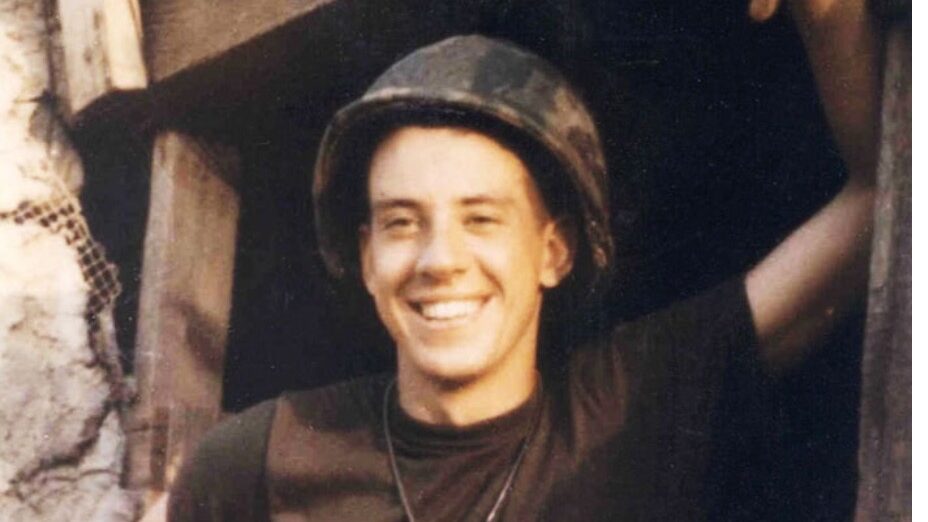 Whether Americans today believe the Vietnam War was a bright shining lie, a noble cause, or something in between, one thing is for certain: most can now agree it was a national tragedy compounded by the treatment of the men and women deployed over the course of the conflict and when they came home.

How should a country heal after a divisive war? What could be done to bring the rage and recrimination to an end? How long would reconciliation take — if indeed the healing could ever happen?

From the end of the war to the early 1980s, debate raged on how to commemorate the war among citizens who believed very different things.

At the time, the competition for an appropriate design to commemorate the sacrifice in Vietnam was the largest contest of its kind in the history of art with 1,421 entries — a remarkable explosion of creativity.

The surprising winner was a 21-year-old Yale undergraduate named Maya Lin, whose concept of a simple, chevron-shaped black granite wall became instantly controversial. A group of high profile, forceful veterans led the charge against it, denigrating the design as shameful and nihilistic, an insult to veterans and a paean to anti-war protesters. They did everything they could to scuttle the winning design and replace it with something more “heroic”… and they almost succeeded.

No one could have predicted that this simple V of black granite, and simple space of contemplation, would become one of the most popular sites in the nation’s capital, with over 3 million visitors a year.

Coming to terms with our defeat in Vietnam did not begin when President Richard Nixon withdrew U.S. forces. It would take about five years after the last American soldier was lifted off the roof of the American Embassy in Saigon, when President Jimmy Carter turned his attention to the anguish of Vietnam late in his term. On May 30, 1979, at a White House reception for veterans after the Memorial Day holiday, Carter proclaimed that the nation was, at last, ready to change its heart and mind toward the Vietnam soldier and recognize his valor, sacrifice, and commitment.

Jan Scruggs, a shy, somewhat awkward 29-year-old veteran, deserved much of the credit for the shift. As a teenage member of the 199th Light Infantry Brigade, Scruggs had been badly wounded by a rocket-propelled grenade in a bloody battle northeast of Saigon in May 1969. In the time he spent in a hospital in Cam Ranh Bay recovering, he came to accept his injury without bitterness but as a predictable event of war. He had earned his “red badge of courage,” he would say.

Two months later Scruggs returned to duty. Then in January 1970 he saw twelve of his comrades pulverized when an ammunition truck exploded. “That’s what gave me PTSD,” he would say later about post-traumatic stress disorder. Over the course of his tour, he had seen half of his military unit killed or wounded.

Back home Scruggs graduated from American University in 1975 and went on to earn a master’s degree in psychology a year later, focusing on Vietnam veterans’ painful readjustment to civilian life and PTSD. In May 1977, he penned an article for the Washington Post entitled “Forgotten Veterans of that ‘Peculiar War.’”

“Perhaps a national monument is in order to remind an ungrateful nation of what it has done to its sons,” Scruggs wrote. Fifteen months later he published a second bitter editorial about the “continued indifference” toward the Vietnam veteran. He had come to believe that something more than rhetoric was needed to honor soldiers like himself, and his notion of a national memorial for Vietnam veterans was percolating.

Scruggs imagined a memorial of names — having names on a memorial, he felt, would guarantee public and political support.

That spring in 1979, with $2,800 of his own money and somewhat clueless about the immense hurdles he would face, Scruggs began to mobilize a campaign for a memorial that would honor the sacrifices of U.S. servicemen in Vietnam.

He imagined such a memorial in a prominent place on the National Mall, with a garden-like setting where visitors would come for rest and reflection. In late April, Scruggs and friends formed a corporation called the Vietnam Veterans Memorial Fund. They held a press conference over Memorial Day weekend and boldly announced their intent to raise one million dollars to build the memorial.

But the effort got off to a rocky start. In June, Roger Mudd of CBS News reported that the group had raised exactly $144.50. Their efforts were spoofed on late night television and mocked by critics.

This began his struggles, challenges and hurdles to build a Vietnam War memorial.

Scruggs never gave up. He pointed out that the detractors were a small group, well-connected perhaps, but scarcely representative of the veteran community at large. By contrast, he spoke of the American Legion’s support for the design. The Legion, the largest of all the service organizations, had contributed $1 million to the memorial, and the Veterans of Foreign Wars, another major service group, had contributed $180,000.

Scruggs was not only successful in convincing those organizations to support the memorial, he also raised millions of dollars in private contributions.

The memorial now belongs to the U.S. government. Over 650,000 people paid for it with their private contributions. Over 5 million people visited the Vietnam Veterans Memorial during its first two years. It is the second most visited memorial in the nation’s capital. On some days, over 20,000 people come.

Late at night or at dawn, someone is always there. Most visitors touch the wall or hug each other. Many people come to see a special name. Every day someone leaves a flag, a flower, a snapshot, a memento, a poem, or a personal note. They linger and talk, and carry part of it away with them.

Once the dream of a memorial was realized, it was embraced with near universal acceptance and has become a place of reflection about not only the Vietnam War but all wars.

The process of reconciliation after such a divisive war can take years, for the bitterness on all sides of the issue is always severe. A process of coming to terms with what actually happened and why must precede a healing and a forgiving.

“In dozens of memoirs I have read, veterans cite visits to the Wall as turning points in their lives,” says Henry Zeybel, a retired Air Force navigator who flew in Vietnam. “In a somewhat magical way, the sight of the Wall and the visitors surrounding it gives many veterans a clearer understanding of the war and their involvement in it.”

Just as the Vietnam War Memorial in Washington has transcended the specifics of the war it memorializes and ascended to the level of the universal, so the issue of reconciliation and reconstruction after a divisive war has also become timeless.

Jan Scruggs is retired now, and as he enters his twilight years, an effort is underway to get the attention of the White House to award him the Presidential Medal of Freedom.

Editor’s Note: James Reston, Jr. is a Vietnam-era veteran and author of seventeen books including A Rift in the Earth: Art, Memory, and the Fight for a Vietnam War Memorial about the founding of the Wall.  His latest book is a 9/11 novel, The Nineteenth Hijacker, published in February.