A special preview of “In The Heights,” based on Lin-Manuel Miranda’s Broadway musical hit, is part of the eclectic offerings.
By Cesar Arredondo May 31, 2021
Facebook
Twitter
Linkedin
Email 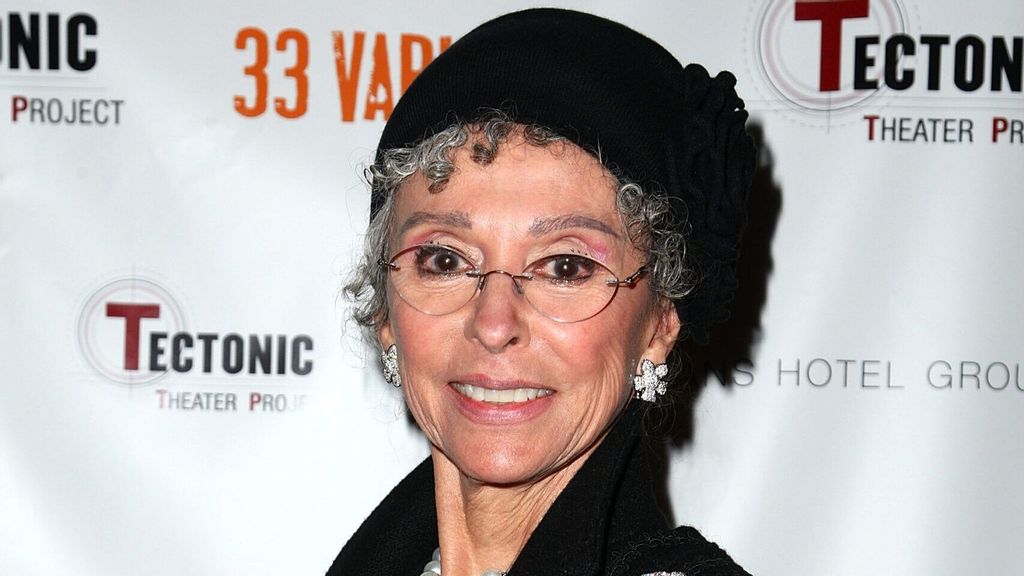 LALIFF program includes “Rita Moreno: Just a Girl Who Decided to Go for It,” a documentary on the life of Academy Award winner. (Andrew H. Walker/Getty Images)

With pandemic protocols relaxing, the Los Angeles Latino International Film Festival (LALIFF) will be returning with a mix of virtual programming and in-person screenings in Hollywood from June 2-6.

LALIFF has announced a hybrid lineup featuring more than 40 films in English, Spanish and Portuguese, including 18 features, six episodic series and 24 shorts. The selections hail from about a dozen countries from the Americas, from the U.S. to Tierra del Fuego to the Caribbean.

Opening the fest is “7th & Union,” an American dramatic feature about a Mexican immigrant ex-fighter whose friendship with a disgruntled man could save the boxer and his family. Debuting worldwide at LALIFF, the film stars the famed Mexican actor Omar Chaparro, who appeared in the comedy “No Manches Frida,” which had wide distribution in U.S. theaters.

The festival’s lineup includes “Rita Moreno: A Girl Who Decided to Go for It,” a documentary about the Academy Award winner, directed by Mariem Perez Riera, winner of Sundance Film Festival’s Grand Jury Prize in the documentary category.

The festival will also feature “Bridges,” the debut film by director and actress Maria Corina Ramirez (“Grown”) and the documentaries “American Exile” by John J. Valadez, “Landfall” by Cecilia Aldarondo and “Fruits of Labor” by Emily Cohen Ibañez.

Jonathan Cuarta’s “My Heart Can’t Beat Unless You Tell It To,” a horror drama that was an official selection of the Tribeca Festival last year, will is also part of LALIFF.

Those attending the fest will also get to see a special preview of the highly anticipated musical film “In the Heights.”

The story takes place in New York’s predominantly Dominican neighborhood of Washington Heights. The screening will take place on June 4, five days before the film’s showcase at the Tribeca Film Festival’s and a week before its release in theaters and streamer HBO Max.

The majority of the fest’s selections are American, including “Green Ghost” and “Blursday,” the latter a co-production with Taiwan.

Closing the film will be “Women Is Losers,” another American selection. Set in working-class San Francisco of the 1960s, the coming-of-age drama marks the directorial debut of Lissette Feliciano, who also wrote the screenplay.

Starring Lorenza Izzo (“Once Upon a Time in Hollywood”), it tells the story of a once-promising Catholic schoolgirl who rises above the oppression of poverty and invests in a future for herself, setting new precedents for the time. Simu Liu, who will make history this fall with his lead role in Marvel’s “Shang-Chi and the Legend of the Ten Rings,” also stars.

LALIFF is an annual project of the nonprofit Latino Film Institute. Last year’s fest was held online, due to the pandemic.

“As we begin to see some normalcy in our lives, we are thrilled to be able to commemorate our 20th anniversary by bringing Angelenos together, safely, to celebrate our community of talented storytellers,” said Academy-Award nominated actor and LALIFF founder Edward James Olmos.

“This past year has been hard for everyone, and we are excited to continue to support and provide a platform to these creators that, despite all odds, continued to create art,” said Olmos.

Are you ready for this? This year’s program is truly something special. We cannot wait to showcase the talent of our brilliant community!! Get your tickets ASAP over at https://t.co/4jEfUoL9eO #LALIFF2021 pic.twitter.com/80Rn64Ug43

Fest organizers hope the hybrid screenings will allow the event to reach a wide audience.

“After such a challenging year, LALIFF comes stronger than ever, with a diverse program that is testament to the creativity and resilience of our artists,” says Diana Cadavid, the fest’s artistic director, who assumed her position last year, at the beginning of the pandemic.

“Our combination of in-person and virtual events is designed to enhance our viewership experience and to ensure that everyone can enjoy the rich offering of films, episodics, music and art we have carefully curated,” she said.

For a complete movie lineup, schedule and tickets, visit www.laliff.org.